The Way Way Back (Blu-ray) 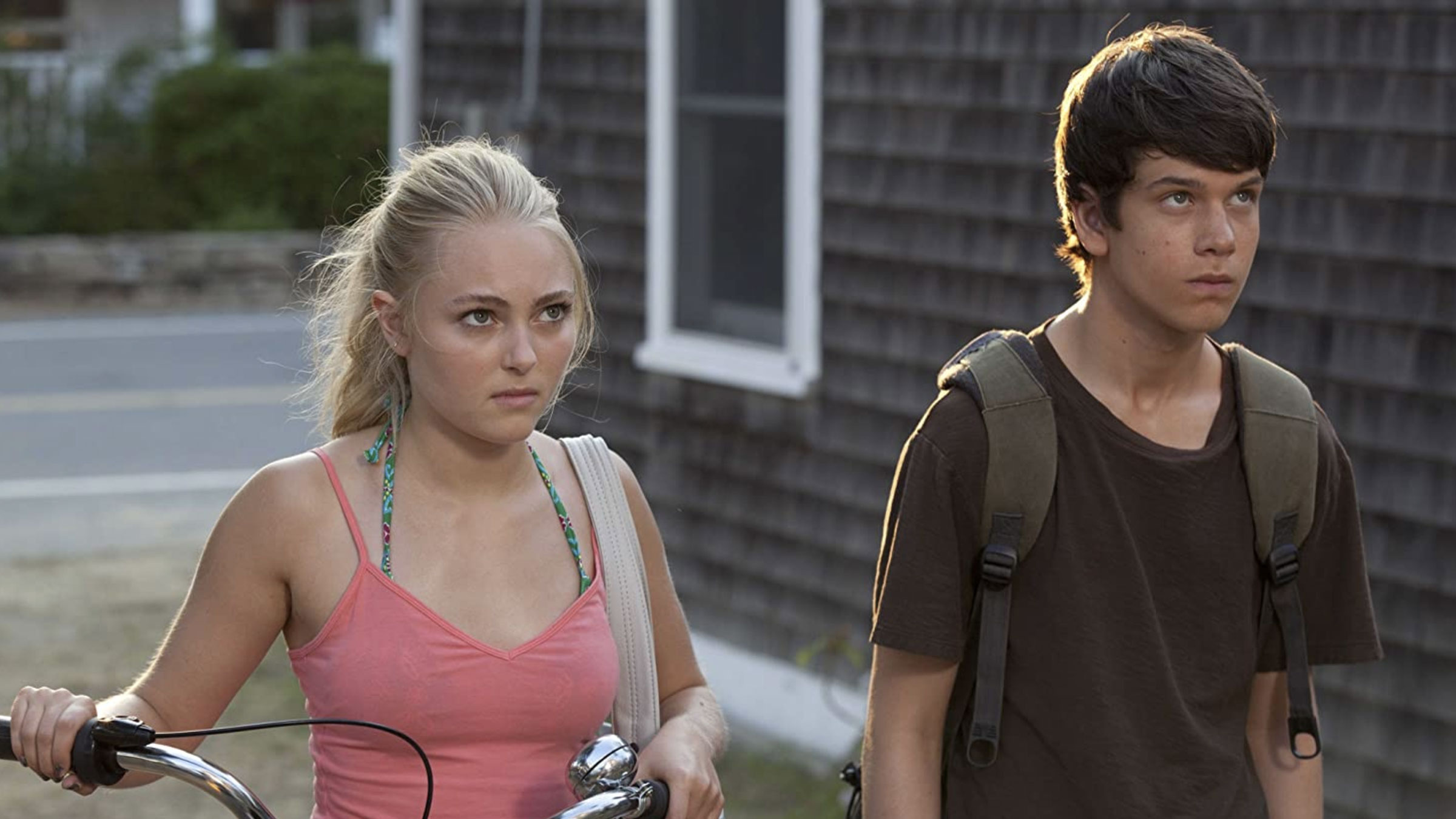 Offering a nice diversion to the bigger summer blockbusters, The Way Way Back arrived in theaters this past fall. It received much critical praise, but failed to bring in huge numbers. Well, here it is on Bluray for those who may have missed it during its brief theatrical run. The film begins on the way to a beach house where 14-year-old Duncan (Liam James) sits in the “way way back” of an old station wagon. His mother Pam (Toni Collette) is dating Trent (Steve Carell). It’s clear early on that Duncan would rather be anywhere else. Trent treats him badly, asking him how he sees himself on a scale of 1-10. “A six”, Duncan replies while Trent insists Duncan’s a three. As they arrive at the beachouse we then meet the crazy next door neighbor Betty (Allison Janney). She is nosy, loud-mouthed and always has a drink in her hand. She also teases her son for his lazy eye. Eventually her daughter Susanna (AnnaSophia Robb) catches Duncan’s eye. A lot of the early scenes show Duncan as he cruises around town (on a girly bike he discovered in the garage of the beach house) visiting the local pizza joint. It’s here that he meets Owen (Sam Rockwell). Owen is a cool, fast-talking happy-go-lucky guy who Duncan eventually warms up to. It not long until Duncan is offered a job a the water-park where Owen manages. Duncan keeps this from his mother and Trent and seems to really enjoy his job there. The film has a big cast of supporting players as well. Maya Rudolph plays an employee at the water-park and Amanda Peet and Rob Corddry show up Kip and Joan. They are friends of Trent and it turns out that Trent once had an affair with Joan.

I enjoyed this film quite a bit. It seamlessly blends several genres together and makes it work. Sam Rockwell steals every scene he’s in, delivering his lines flawlessly. Liam James is perfect as Duncan. He’s shy, awkward, insecure, but he really comes out of his shell thanks to Owen. It’s nice to see their relation grow over the course of the film. Carell has perhaps the trickiest of roles here. He is a widely known, very likable actor playing a shameless jerk. Somehow, he makes it work. The film is unpredictable, never succumbing to genre conventions, carefully avoiding melodrama territory as well. It’s a smaller film, but it never becomes smug or self-aware. There are various emotions throughout it and more often than not it’s very relatable. I’m sure all of us have been in Duncan’s shoes at some point in our lives. If not to the full extent at least enough to understand where he is in life. The rest of the characters aren’t as likable (especially Carell), but I enjoyed watching their journey. Duncan and Susanna’s relation also grows over the course of the film and they have nice chemistry. Duncan is very much a diamond in the rough who hasn’t had the easiest life, but makes friends who forever change his life. I imagine a lot of us have had parents that have gone through a divorce or had to do things as kids that we didn’t want to do. The performances are all strong, characters strongly developed and real and nicely written screenplay all help elevate it. I also appreciate how it avoids easy answers. In a late scene where the Trent character meets Owen for the first time, we think we know what will happen, but thankfully the film avoids that. The ending is also very emotional as well. There’s a lot to like in this film so do yourself a favor and check it out.

Once again Fox has provided us with a fine looking disc. We get a 1.85:1 AVC encoded transfer showing a lot of fine details. Colors are deep and strong and facial features show up nicely. I could make out a few individual hairs in Steve Carel’s beard as well as a few gray hairs. This is a very sunny film with bright interiors and exteriors, all coming across accurate. The print used is clean and free of grain and other defects. This is a fine transfer, nothing to complain about here.

We get a DTS HD 5.1 track and it is a good track, but nothing groundbreaking. Dialogue and vocals are all sharp, but the background speakers don’t get much use. That isn’t meant to be a knock, however because the film is a much smaller scale than some of the bigger films released recently. When the rear channels do kick in they add nice touches. There are several scenes at a water-park where the effects get good use and a going-away party for one of the characters near the end. So don’t expect an overly robust track, but it serves this film as it should. What more could you ask for right?

Fox has provided this disc with a few nice features. There could have been a bit more, but they could have also skimped on the extras all together. This is a single disc release with a UV digital copy code.

We get several short featurettes talking about various aspects of production. Some information goes deeper than others, but they’re fun to see. With the Play-all option these last for a little over 31 minutes.