Village of the Damned (Blu-ray) 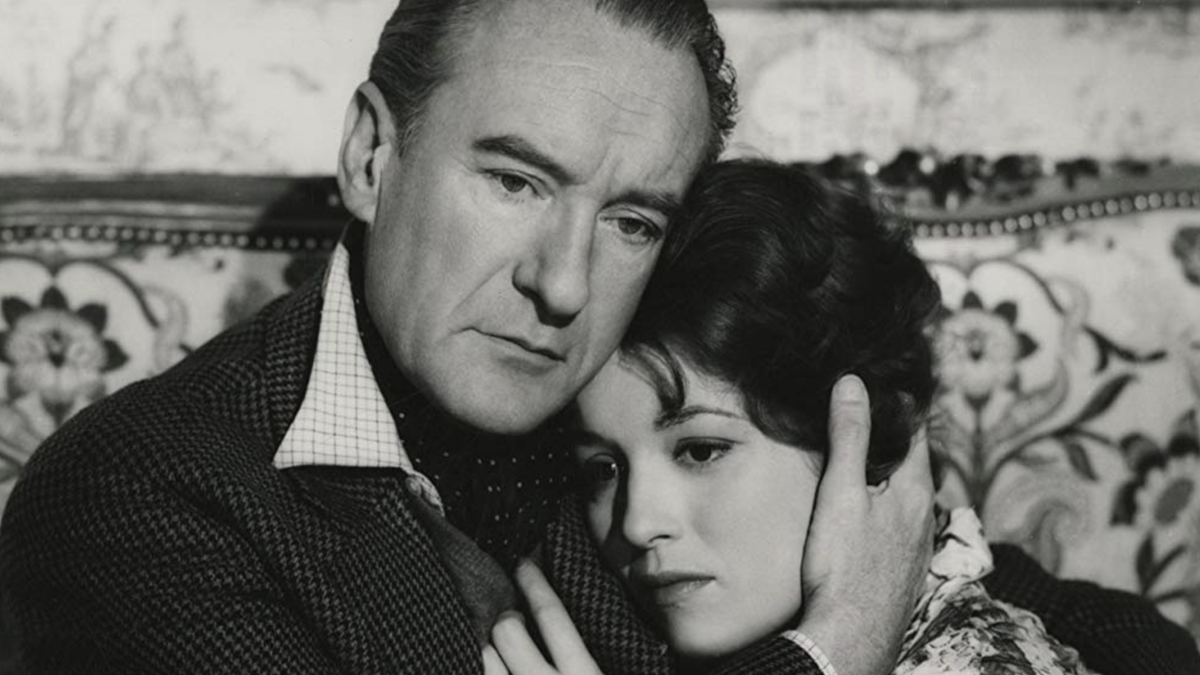 Warner Bros. Archive has consistently surprised me with their catalog release selections. I was very excited when I saw news that they would be releasing the 1960 British horror/sci-fi Village of the Damned. This film would later be remade by one of my favorite directors John Carpenter. Not having seen the original or the remake, I excitedly sat down and watched it with my wife.

Warning: Due to the brevity of the film, spoilers are basically unavoidable. Feel free to skip to the bottom for my recommendation on the disk.

In Midwich, England, a small town in the English countryside, the whole village falls asleep at the exact same time unexpectedly. Cars crash, irons burn clothing, tractors run with sleeping drivers. Whatever people were doing at the time, they collapsed into sleep without warning. Adam, a member of the in royal army, decides to investigate the going-ons in Midwich when he is unable to raise anybody in the town via telephone. Upon investigation he sees an officer en route to the town. The officer passes out as soon as he enters the city limits. The army ropes off the area for investigation. In their testing, people pass out even if they are wearing a gas mask. Animals are just as susceptible to the strange sleeping spell. A pilot who does an aerial of the area passes out and crashes his plane. Just as suddenly, the village reawakens. Those who reawaken complain of feeling cold. In town, Gordon and his wife Anthea are pleased to find out that they will soon have a child. Meanwhile, four of the women in town have suddenly become pregnant at the same time. All of the embryos are perfect but are far advanced from where they should be in the pregnancy cycle. When the children are born, they are all slightly over ten pounds – with strange eyes. All of the children share platinum blonde hair and strange nails and eyes. The children are all incredibly intelligent and display signs of having a form of hive intelligence. Gordon and Anthea attempt to raise David, but are worried by the ways that the five children act. They all dress the same and seem to have the ability to use their thoughts against those around them. Inside the children there may be something sinister. Gordon hopes that he can lead the children towards living in harmony with the town. There have been numerous towns where children like these have shown up in the same fashion – after all the townspeople fell under a strange sleeping spell. Gordon convinces the government to send the other children from those towns to his village so he can school them all and study them.

This film is definitely one of the darker sci-fi films that I have seen from the period. It is a film that is not afraid to have children as the villains nor is it afraid to entertain the idea of calculated murder of these children. I found it a bit hilarious that people immediately suggested murdering the children simply based on their strange intelligence and look. I am not sure that sentiment would go over as well if made today.

The film succeeds marvelously at grabbing you from the beginning. The opening scene where the town has fallen asleep is excellently choreographed. I really think that Wolf Rilla did an absolutely great job of directing here. From this strong starting point the movie continues to surprise. I also love that the film is so short – 77 minutes from start to finish. That is ideal.The acting in the film is enjoyable. I lived George Sanders as the compassionate scientist and father figure to David. The boy who played David, Martin Stephens, also does a great job. Overall this film feels like an incredible episode of The Twilight Zone. I absolutely adored this movie.

It takes a village to raise a child, but Warner Bros. did a fantastic job on the transfer of the film using an MPEG 4 AVC codec of a new 2K restoration in detailed and glorious Black and White. Warner is one of the best in the field when restoring black and white films. Clarity is excellent. The cinematography by Geoffrey Faithfull holds up beautifully. Fans should be ecstatic with the love and attention given to the film.

Warner Bros. have provided a DTS-HD Master Audio 2.0 track. As a mono mix front speakers are used for the entire mix. Clarity is solid. I did not detect any dropouts or overbearing hiss. This is not the most robust mix imaginable, but the score does benefit from the mix. This track is great overall at preserving the overall quality of the original recording.

Village of the Damned is one of the best Sci-Fi/Horror films of the golden era of sci-fi. I was happy when Warner announced the title and even more pleased with the beautiful transfer and great commentary track. This is a film that should be added to your collection immediately if you are a fan of shows like The Twilight Zone. Proud to say that I loved this one.