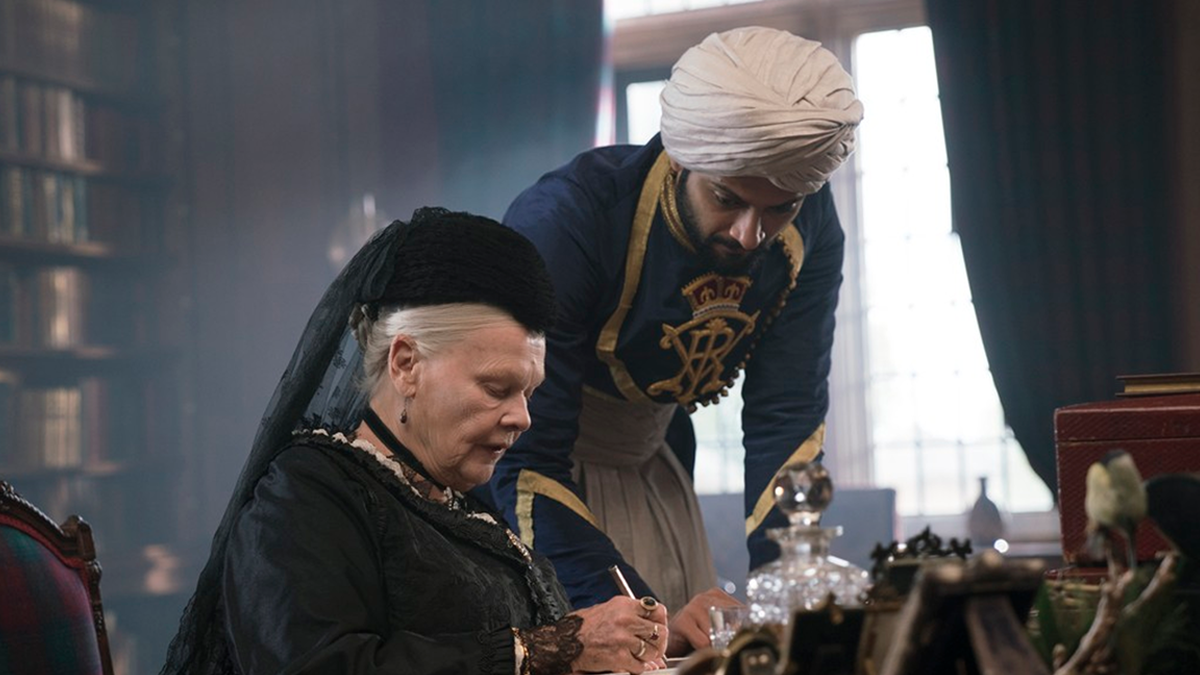 I think it’s safe to say that Judi Dench was a late bloomer. That sounds bad and wrong, but as an American filmgoer, we really only began to take notice of her talents a couple decades ago. Dench, an accomplished star of British stage and screen, has been working since the early 60’s, but as most any average fan and they’ll remember her as “M” from the James Bond films or from her Academy Award winning turn from 1999’s Shakespeare in Love (interestingly she only had 8 minutes of screen time, still a record). Those credits aside, it’s important to note that she’s been nominated for seven Academy Awards and with Victoria & Abdul, don’t be surprised if it’s eight. I’d never heard of the film, but am a fan of the director (Stephen Frears). Getting to the point, let’s dive in.

Based on a true story, Dench plays Queen Victoria (for the second time in her career, the first being 1997’s Mrs. Brown) which chronicles the later years of her rule. When Abdul Karim (Ali Fazal), young clerk, travels from India to participate in the Queen’s Golden Jubilee, he’s surprised to find favor with her majesty. The Queen, questioning the constrictions of her long-held position, she and Abdul form an unlikely and devoted friendship. Their loyalty to one another is questioned by the Queen’s inner circle and one that they try to destroy. As their friendship deepens, the Queen begins to see things in a different light.

I’ve always liked stories that grew out of real-life events. Something about them seems more “real” for lack of a better word. Frears, a British director, has now teamed with Dench for the third time (the previous outings were Philomena and Mrs. Henderson Presents). There’s no denying that these two work well together and with Dench playing the same character, again, it would seem that she’s certainly got the hang of it. Not to be overlooked is Ali Fazal, who manages to hold his own with the screen legend. And while this might not be up everyone’s alley, it’s wonderfully set, beautifully filmed and features great performances all around (look for a hard to miss him Eddie Izzard).

Universal presents the film in a very wide 2.40:1 AVC HD image that leaves little to the imagination. Consistent with most new to Blu-ray films, the image sports a wide color palette, impeccably sharp detail and strong contrast. Truthfully there’s not a lot to complain about here. Frears has a way of framing his films that really draws the viewer in (or maybe it’s just me). It’s a nice looking film that might even get noticed by the Academy (for Costume Design) come award season.

If you think that this movie isn’t one for audio quality, well…that’s where you’re right. Certainly the included DTS HD Master Audio soundtrack has a few moments that made my head spin, but they’re few and far between. Vocals are rich and solid, surrounds are used sparingly and the majority of the action is limited to the front stage. It’s not a bad mix by any means and viewers should be amply pleased.

Admittedly this film won’t be for everyone and as a matter of fact, I’ve included it under the “For the Gals” in our Holiday Gift Guide, so take that for what you will. But if you can put your preconceived notions aside (or your girlfriend or wife is making you) then it’s really not that bad. I’m a fan of Stephen Frears’ films and this one fits nicely among his more interesting choices.