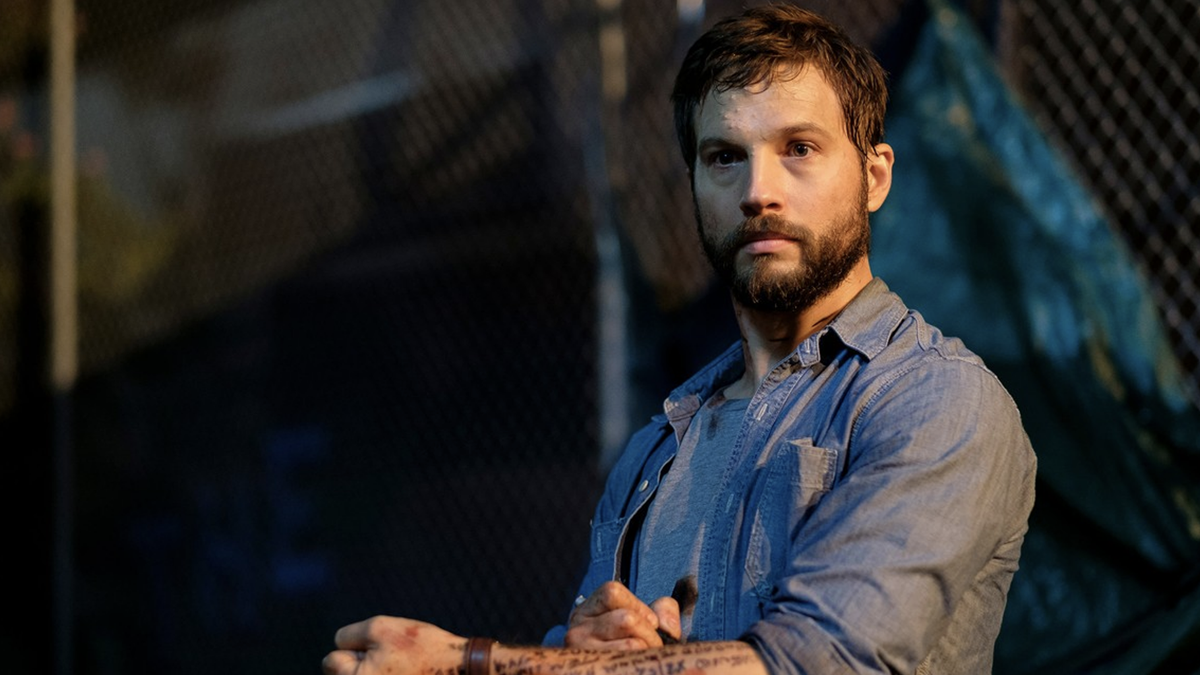 When it comes to movies, I’ve been a bit reluctant to try new things lately. Yes, I’ve often ranted on Hollywood’s lack of imagination with their constant sequels, remakes and the most annoying of all – reboots, but when a truly original film comes around, my faith is automatically restored. I had this experience a few years ago with a film that’s different yet eerily similar to Upgrade and that movie was Ex-Machina. In it a billionaire recluse offers an eager young scientist the opportunity of a lifetime only for things to go, well, not as planned. With Upgrade, we’ve got the tech aspect covered, but at the core it’s a good old-fashioned revenge movie – and who doesn’t like those?

Grey Trace (Logan Marshall-Green) lives in the near future where technology pervades nearly every aspect of life. However, Grey isn’t one who lives for such things, rather he’s more at home rebuilding old muscle cars and selling them. He and wife Asah (Melanie Vallejo) seem to have it pretty good until they’re attacked in a deserted part of the city. Grey is left paralyzed from the neck down and, well, let’s say that Asah’s part isn’t the film isn’t that big. Grey is contacted by Eron (Harrison Gilbertson), a Silicon Valley type, who Grey had previously sold one of the aforementioned muscle cars. Eron has a new, experimental technology that would enable Grey to walk again, but it’s also illegal in that Grey would have to still pretend to be paralyzed in public. Grey undergoes the procedure and notices some strange drone footage of his attack. This sets him off on a one-man mission to find his wife’s killers and bring them to justice.

Revenge movies are often dark and gritty and that’s the case here as well. Sporting a relatively unknown cast, Upgrade is the kind of movie that’s original and also stays with you long after the credits roll. However, the name behind the camera is no doubt familiar to the horror genre, Leigh Whannell. Whannell was the writer of most of the Saw films as well as the Insidious movies (he made his directorial debut with Insidious III) and he’s right at home here calling the shots. To be sure, Upgrade has a little something for everyone if “everyone” likes a bit of Blade Runner, The Terminator and a dash of Jason Bourne in their movies. Add the revenge element and it’s a small film with a few big ideas that’s sure to please.

I don’t know why, but this film seems to harken back to the films of the mid 80’s (and I was surprisingly OK with that), yet despite what it wants to be, it’s quite indicative of a new to Blu-ray disc. The 2.39:1 AVC HD image pleases on all accounts offering strong color saturation, stark blacks and razor sharp detail. I was hard-pressed to find much, if anything, wrong with the way this looks. If you like your films dark, yet crystal clear – look no further.

The revving of a car, hell, even the opening credits, pave the way for a very robust DTS HD Master Audio mix. Granted, there are more channels available (this one is a 5.1 mix), but they’re really not needed. Vocals are strong and clear, surrounds are used with great effect and the strong front-heavy track provides amble support for what’s a very active soundtrack. Could this movie sound better with, say, a Dolby Atmos mix? Of course, but from what I heard there’s no need.

This is a hard movie to classify and that’s certainly a good thing. It’s got bits and pieces from other films that are similar to it. Considering the horror-origins of writer/director Leigh Whannell, this isn’t surprising that it’s got some pretty dark moments to it. But if you’re looking for a title that might not have been #1 at the box office, yet is entertaining I’d say that you need not look any further.