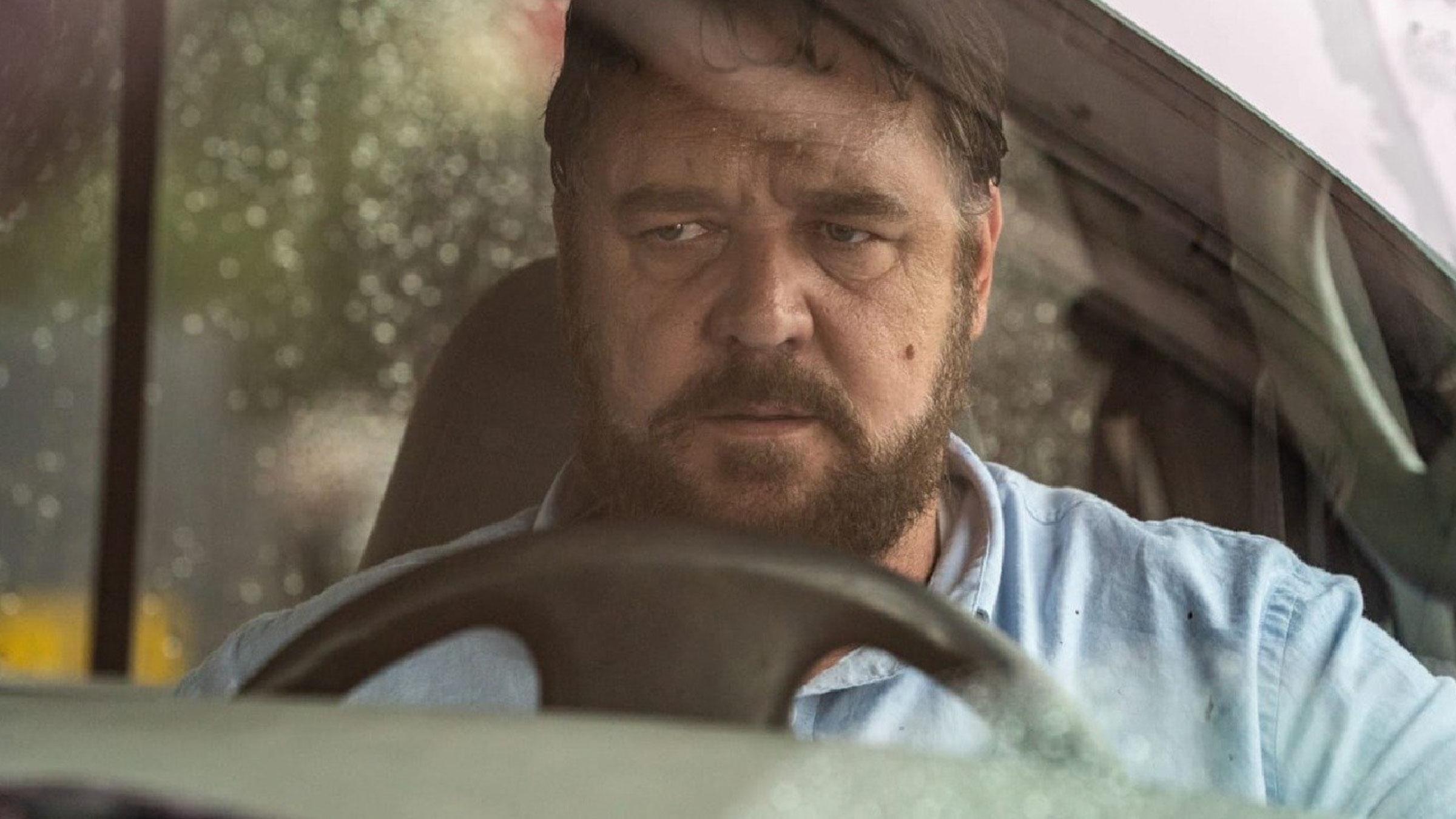 It’s a strange thing when an Academy Award winning actor takes on the role of a psychopath. Granted, Anthony Hopkins set the standard with his performance in The Silence of the Lambs. Likely anyone even attempting that sort of role will look there for reference. But Russell Crowe isn’t exactly a bad actor. Yes, he’s had some personal problems early in his career, but those are long gone. Crowe, now in his mid 50’s (as of this writing) has nothing to prove to anyone. He’s played everything from a gladiator to Noah to a hard-edged cop and gotten accolades for doing it. So with Unhinged, it’s a bit of a departure to see the actor take on a role like this. Intriguing? Certainly. Let’s get started.

Rachel (Caren Pistorius) is a single mom struggling to cope with her divorce and subsequent loss of her job. She’s running late and her son Kyle (Gabriel Bateman) might be placed in detention. Trying to get Kyle to school on time, she ends up in a road rage accident with “The Man” (Russell Crowe) who proceeds to stalk her both on the highway and off. But it doesn’t end there. Rachel has her cell phone stolen and replaced by a burner phone and “the man” uses it to draw her out and threatening other people in her life. Both actors (Crowe and Pistorius) make their scenes work and it creates a palpable tension that many of us can relate to.

I’ll be the first to admit that I’ve had road rage. I don’t know if it’s just that I’m unlucky or the psycho’s on the road seem to find me. That and I’m not afraid to use my horn. But, as I’ve been told quite often, there are some real psychopaths out there. It doesn’t take much to set people off these days and while 99% of the people on the road might get a bit annoyed at being honked at, it’s that 1% that you need to be leery of. This is what Rachel finds out during the course of the film. There are some pretty obvious plot holes in the movie, so it’s only pertinent as to how much you want to see through those plot holes. Nevertheless, the performances by the two leads is what keeps this movie chugging along. Recommended.

If you’re a fan of Michael Bay’s style of direction well then I feel sorry for you. Only kidding. In a nutshell, we know what we’re getting with this one about three minutes into the film. And that’s fine. The 2.39:1 AVC HD encode epitomizes all that is right with Blu-ray and new films that grace the format. Detail is tack sharp, colors are spot on and there’s nary any evidence of grain, grit or grime. Grime? Ok, maybe that’s never been an issue with any movie. Brendan Galvin’s cinematography makes great use of the entire screen, giving way to large-scale action sequences on the road. It’s a good-looking picture, to be sure.

I was pleasantly surprised when I saw the Dolby Atmos logo on the box. I’ve rarely, if ever, been let down by an Atmos track and with the genre of this film, figured this was one of those movies that I could crank it up and really let my speakers do their job (the wife was shopping at the time, so I had free reign to do watch as I pleased). And I wasn’t let down. The atmospheric effects provided an aural sense that really never let up. Surrounds prevailed and gave a dizzying effect to some of the more action-oriented scenes. Vocals are pure and crisp, Crowe’s deep, raspy voice has never sounded better. Viewers won’t be disappointed with this one.

Unhinged is a passable, yet predictable action film. Crowe, as per usual, excels in his role as he does in every other role. He’s a great actor. He’s also venturing into Liam Neeson territory with films like this. Lionsgate’s disc looks stunning and sounds even better with its Atmos soundtrack.