Two on a Guillotine (Blu-ray) 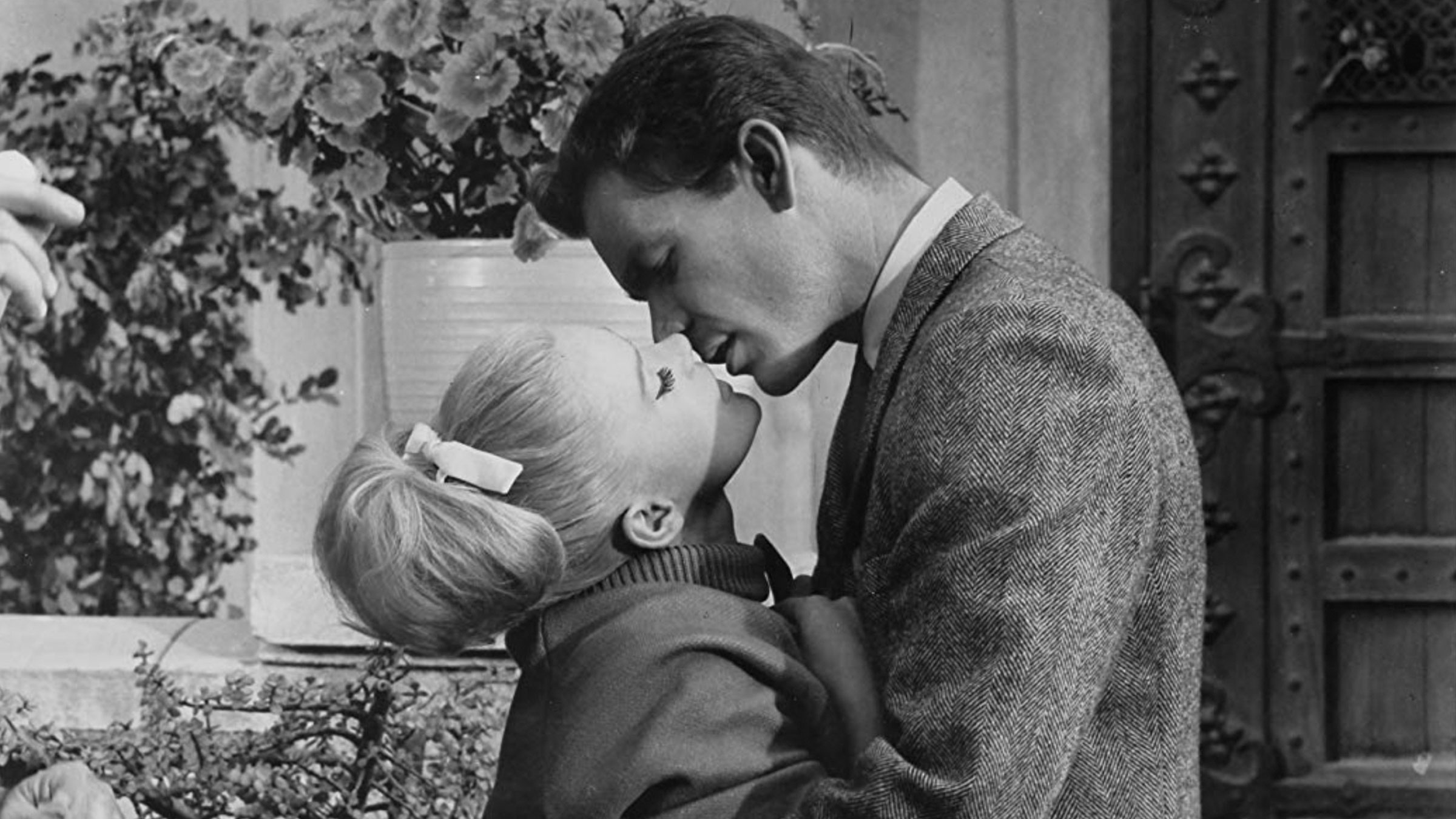 Warner Archjve has just released on Blu-ray the William Conrad directed Two on a Guillotine. This is the latest in a long line of eccentric releases from the archive that appeals to film lovers whose tastes veer towards campy entertainment. I love the thriller-haunted house genre, so I knew the film would appeal to me. The other night I decided to see how the film held up.

The film begins with a disturbing magic act from the Great Duke Duquesne (Cesar Romero.) The magician’s assistant Melinda heads back into her dressing room where her daughter Cassie is being watched by Dolly. She is married to Duquesne. The magician takes Melinda out of the dressing room and shows her his latest gadget – a guillotine that he hopes to use on their European tour. It seems to work a little too well when it pops off the head of Cassie’s doll. The next scene takes place at the funeral for Duke Duquesne where he is being buried in a glass box with chains wrapped around it. A newspaper article reveals that Duquesne vowed to return from the grave. His daughter Cassie (Connie Stevens,) now grown, attends the funeral while hearing the speculation about her father from the press in attendance. Cassie looks exactly like her mother who disappeared twenty years earlier. The will bequeaths everything to Cassie but requires that she live in a house for seven days so that he may attempt to return from the dead. If she should fail, the estate would be split between his two assistants. A reporter named Val Henderson (Dean Jones) interjects himself into Cassie’s affairs with the hope of landing a great story. Through a series of events he ends up staying with her in the house. The house has many secrets from the deceased magician.

This film starts off as good campy fun. The opening is great and the two leads – Connie Stevens and Dean Jones- are both enjoyable in the film. Unfortunately, the film suffers from an uneventful middle that struggles to stay engaging due to a lack of frights and too many breaks from the claustrophobia of the mansion. This is definitely a case where less is more. A brief interlude at a local amusement park is so unnecessary and kills the suspense so completely that I could not believe it made it into the final cut. Writers take note! If you have a great setup, don’t interrupt it so you can show people ride a rollercoaster. Luckily, the final third of the picture picks up the pace substantially and almost completely redeems the picture. The finale is strong enough that I found myself pleased to have watched the film.

The film is beautifully shot. It was filmed in Panavision in black and white by acclaimed cinematographer Sam Leavitt who had worked on such prestigious pictures as Cape Fear, The Crimson Kimono, Anatomy of a Murder, and Exodus. The film would fall apart without his attention to detail, but he makes the film enjoyable even when the narrative has a few missteps.

Warner have pulled off a magical achievement. Presented in 1080p in 2.35:1, the transfer looks fantastic. The contrast levels are sharp and the grays and blacks look rich and deep. Fine detail is exceptional. Sam Leavitt’s beautiful cinematography shot in Panavision is the main reason to see the film, and fans will be blown away with how beautifully it transfers to Blu-ray.

The new DTS-HD MA 2.0 track sounds really good. There is no hiss. Dialogue is clear. The score by the great Max Steiner works well for the film. This was the man behind scores for Gone with the Wind and Casablanca, so in my eyes he can do no wrong. The track has been restored very precisely.

Two on a Guillotine is almost a camp classic, but it pulls a few too many punches and has a middle that sucks the suspense out of the film. Luckily, the beginning and ending of the film will leave a smile on most faces. Warner Archive has provided a beautiful transfer of the film. Fans will want to upgrade, but newcomers may want to rent the film first.