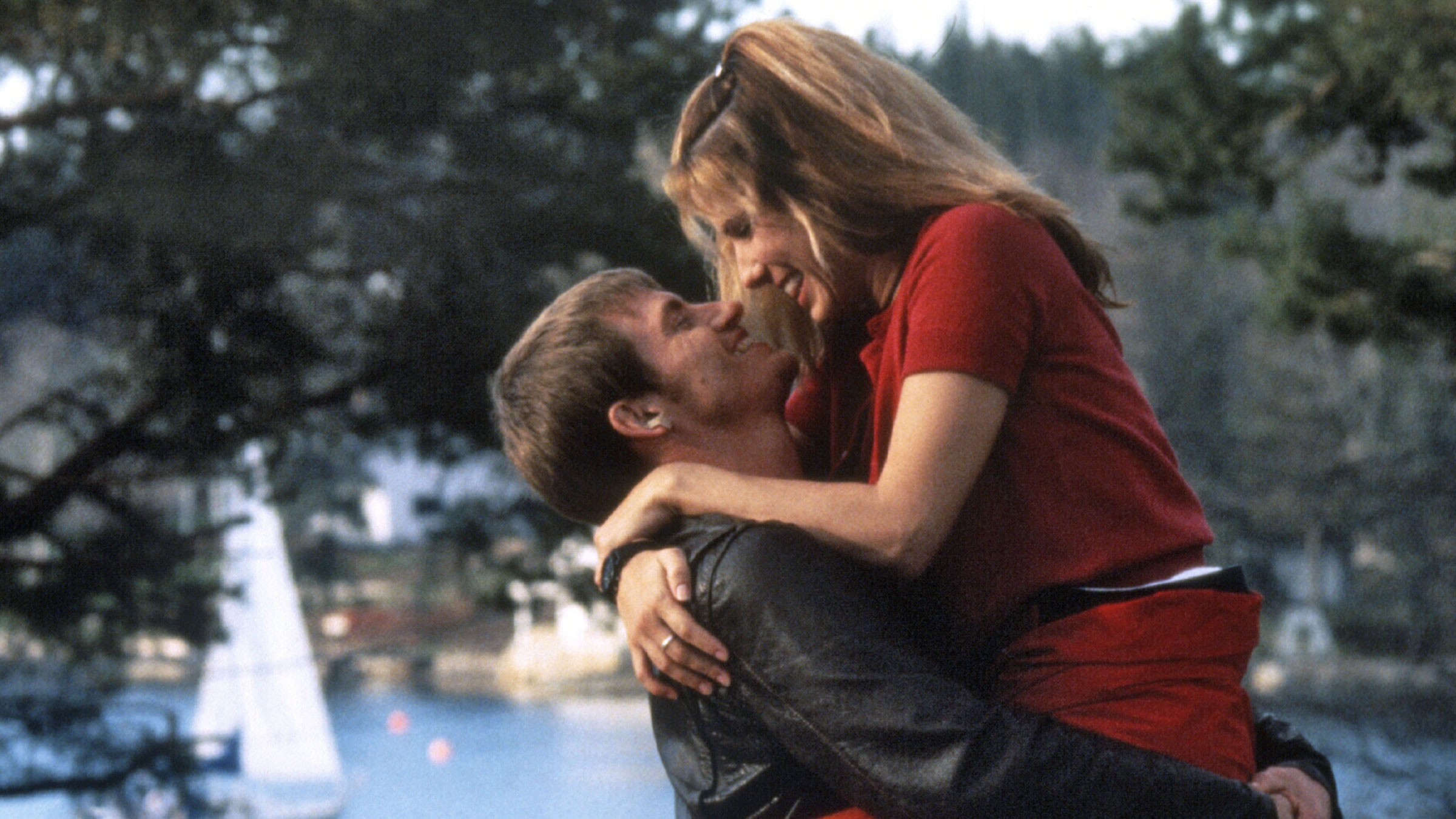 Flashback to 1996 and Sandra Bullock was on something of a hot streak. Speed was obviously a success, but it seemed you couldn’t go to the multiplex without seeing her face somewhere. Whether it was for a film already out or one upcoming. Starring opposite Dennis Leary (from a script he co-wrote) it is somewhat hard to think just what she saw in this script. To be fair, Two if by Sea isn’t the worst film in her catalog, but it isn’t a very good one either. It does bring back memories of a time when the stars helped sell the films you would see, but this one leaves a lot to be desired. It shows glimmers of promise, but ultimately can’t decide what kind of film it wants to be. And that is sometimes the worst thing.

Francis “Frank” O’Brien (Dennis Leary) is a thief who, along with his girlfriend Roz (Sandra Bullock) are in possession of a painting that is worth millions. Which is far more than Frank was initially told. Frank promises Roz that not only to go straight after this final deal, but to also settle down and marry Roz and start a family. The opening sequence has the couple driving in their car with several police cars in pursuit, but the couple seems all the aloof. They are avoiding the feds, but also awaiting the gang of goons trying to buy the painting. The couple take shelter in an unaccompanied beach house. They are led by Kelly (Lenny Clark) and his goofball partners. The less said about them the better. Don’t get me started on the young boy played by Jonathan Tucker, who attempts to blackmail Frank. What we’re left with are scenes between Frank and Roz bickering and the goons and then the story with the FBI on their trail.

As bad as things get, the film did have some early moments that kept me hooked and wanting to see what would happen next. Unfortunately, the film becomes bogged down in too much repetition and silliness that I simply stopped caring. Our two leads have decent enough chemistry, but they began to annoy me after a while. While I am always in favor of a film going for it, this one does have a bit too much foul language for my liking. I am no prude, but the tone becomes a bit ugly at times. Chalk this one up as a disappointment.

We get an attractive enough looking AVC (1.85:1) transfer that is about as good as I expected for a film like this and from Millcreek. There are fine enough details and strong enough colors that I really didn’t get distracted by any negatives.

The DTS HD 5.1 is likewise solid enough. Don’t expect the most robust track you’ve ever heard, but for what we have here, the results prove satisfying. The clarity is there and there are action scenes to keep things interesting.

This disc has no supplemental features. Not even a trailer.

This film will hardly be a highlight of anyone’s career. It starts off decent enough, and held me at times, but the silly tone and uncertainty of what kind of film it wanted to be ultimately makes it fail at all the genres it goes for. Skip it.