The Trust, which stars Nicolas Cage and Elijah Wood has a few surprises up its sleeve. For one, it features one of the better performances from Cage in recent memory. Secondly, the film (at least for a while) is quite enjoyable at times, especially the first half which keeps the tone light and loose. Frustratingly, it doesn’t maintain that level of fun as it ventures into dark territory during the second half. The film begins as we see both characters start their day as they get ready to go to work. Cage plays Lieutenant Jim Stone. Wood is Sergeant David Waters. We begin as the two of them are investing a case. Lieutenant Stone gets a suspicion about a bail slip which could contain upwards of $200,000. This causes him to enlist the help of Sergeant Waters in his off time, ensuring Waters that he’ll be comped for his time. This leads to the two of them doing their own secretive investigative work. This is where the film has most of its fun as we see these two buffoons being not-so-subtle as they’re trying to gather evidence. They eventually find a fault that is to contain some good loot. It’s here that the film starts to unravel and become less interesting. A large portion of the second half is spent in an apartment as these two detectives try to crack open a safe.

It was refreshing at first to see Cage not only give a solid performance, but also in a film that doesn’t stink. As mentioned, the novelty wears off during the latter half of the film. When motives become clear, and things turn darker, the film then gets less interesting. While the film is well paced in the first half, it slows down considerably when the two are tracking to crack the safe. There’s only so much tension you can squeeze out of this scenario. It should be stated that Wood also does fine work here. In a way, we can emphasize with his character a bit more as he seems to have some sort of conscience. There’s also a brief appearance by Jerry Lewis. Yes, THAT Jerry Lewis. The Trust had me at first, but lost me by the time the end credits began to roll. The ending also tosses in a bit of irony as well. I wish I had been more invested through most of the story, because it might’ve had more of an impact on me. At least we see Cage taking a small step in the right direction. I’m sure this is only the first of many films we’ll see from him this year. One thing’s for sure: He’s almost never boring.

There are a number of dark scenes in this film that have a bit of a washed out, grainy look, but there’s also strong detail as well. By no means is this a great transfer, but it’s not terrible either. The majority of it is indeed very passable, but it’s the moments I mentioned that keep it from being a total winner. Still, fans shouldn’t find too much to complain about here.

Audio is solid. Vocals sound crisp with little issues. We get some action scenes that kick things up a notch as well. There’s good range throughout the track, too. It won’t put your system to the test, but it serves the film as it should.

The pros almost outweigh the cons here. Almost, but not quite. What starts out as a fun and breezy film about two lousy detectives soon turns dark and less interesting. The second half of the film is considerably weaker. I think keeping it confined to one setting near the end is part of the problem. It just becomes dull and boring after a point. Cage gives one of his better performances in recent memory while Elijah Wood more than holds his own. Still, I can’t quite recommend this one. 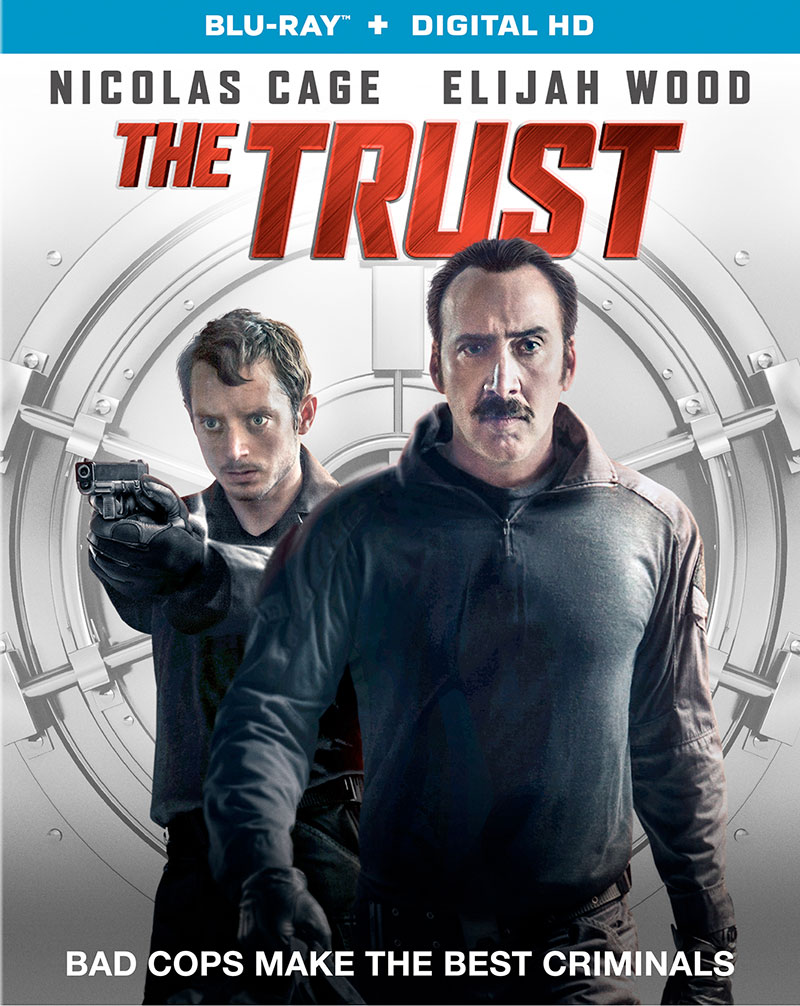