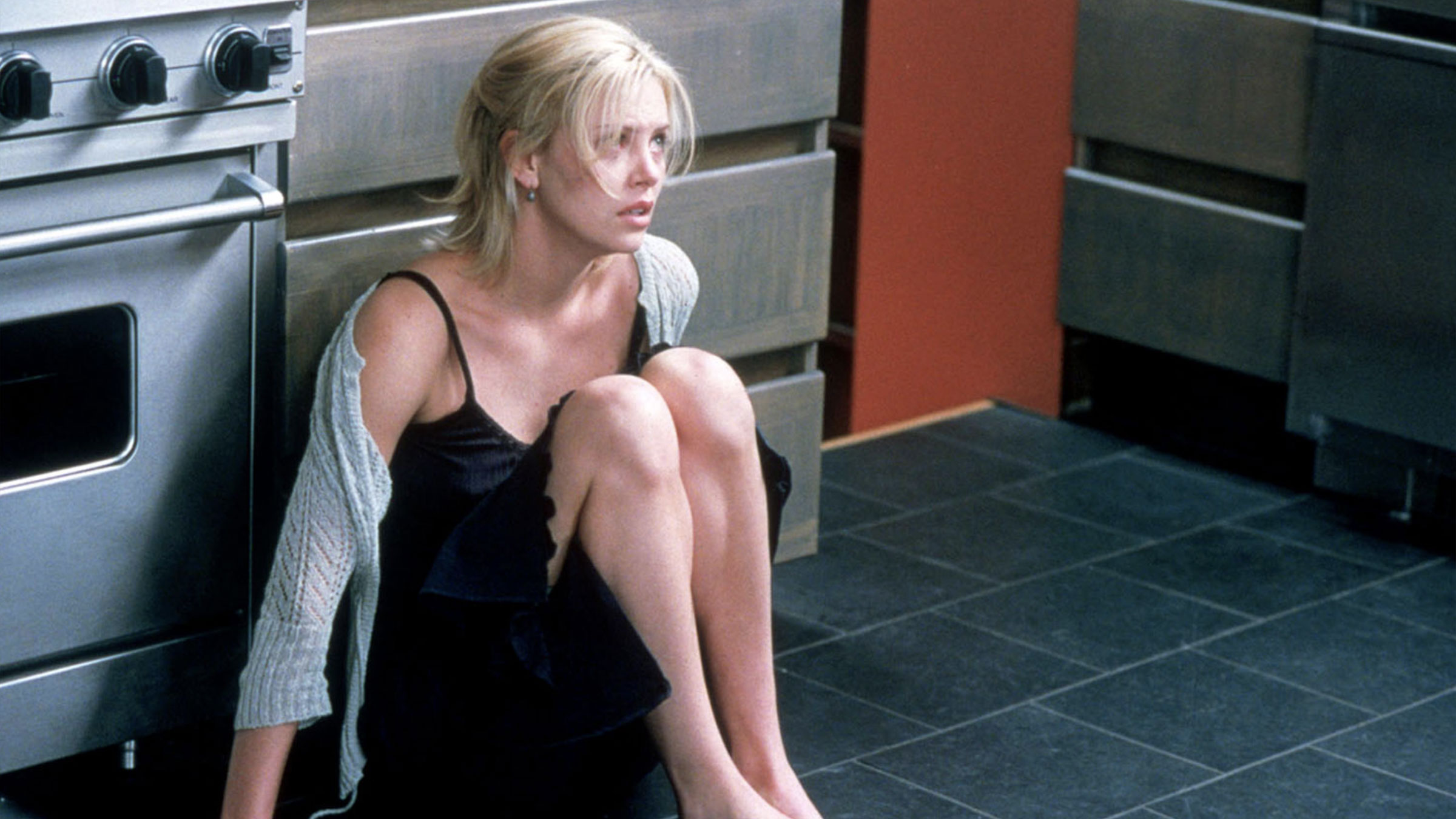 Trapped probably won’t be the most highly regarded film of any of its star’s long filmographies, but it is a highly efficient little thriller that just gets the job done to warrant a viewing. I’ve seen my share of kidnapping films, and while this isn’t one of the better ones, it did keep me with it and moves along nicely. There also weren’t any obvious plot holes here that frustrated me. Kevin Bacon and Charlize Theron both star in it and they’re a large reason the film works. It even throws a few nice twists our way to shake things up. Let’s take a look, shall we?

Charlize Theron plays Karen Jennings. She’s married to a Doctor played by Stuart Townsend. They have a young daughter, Abigail (Dakota Fanning) who is kidnapped by Joe (Kevin Bacon) with the help of his wife played by Courtney Love and his cousin, Marvin (Pruitt Taylor Vince). We see an early scene that gets us to know the kidnappers and we learn they’ve had four previous kidnappings which resulted in the kids being returned safely and the ransoms being paid. Unfortunately, this fifth proves more complicated as Abigail suffers from asthma attacks and there may be more to why they chose this family than meets the eye. The film does garner a good bit of tension as Karen turns the screws a bit on Joe and the plan has a few ripples in it. There’s a 24 hour window that the kidnappers give the victims and this case is the same.

Trapped is a perfectly serviceable film that gets the job done even if you won’t think twice about it after it’s over. The film builds towards a pretty ridiculous climax on a busy interstate where the cops and feds get involved as well as a seaplane, flown by the Doctor. The cast is fine, the plot is simple, but effective all to add for a perfectly watchable film. If this is your cup of tea then you could do a lot worse.

We get a sharp AVC encoded 1.78:1 transfer that’s pretty free of flaws. I didn’t think of any noticeable flaws as the print looked fine and details were sharp enough. Background shots were fine as well as colors and flesh tones. This should please viewers.

We find an equally solid DTS HD track that makes nice use of all the channels. Vocals are fine with dialogue coming through with clarity. There’s some action here and there, but the climax is what packs the most punch. It puts your system to use. Like the transfer, this track satisfies.

Unfortunately this disc contains no supplements, which is a shame as the DVD included quite a bit. Oh well.

It was nice revisiting Trapped after all these years. I won’t call it a great film, but it kept me with it and moves along nicely. The cast all do fine work here and there weren’t any clear plot holes that spring to mind. It’s the kind of film you can take at face value and enjoy for what it is. On that basis, it warrants a rental.