Tom and Jerry: The Movie (Blu-ray) 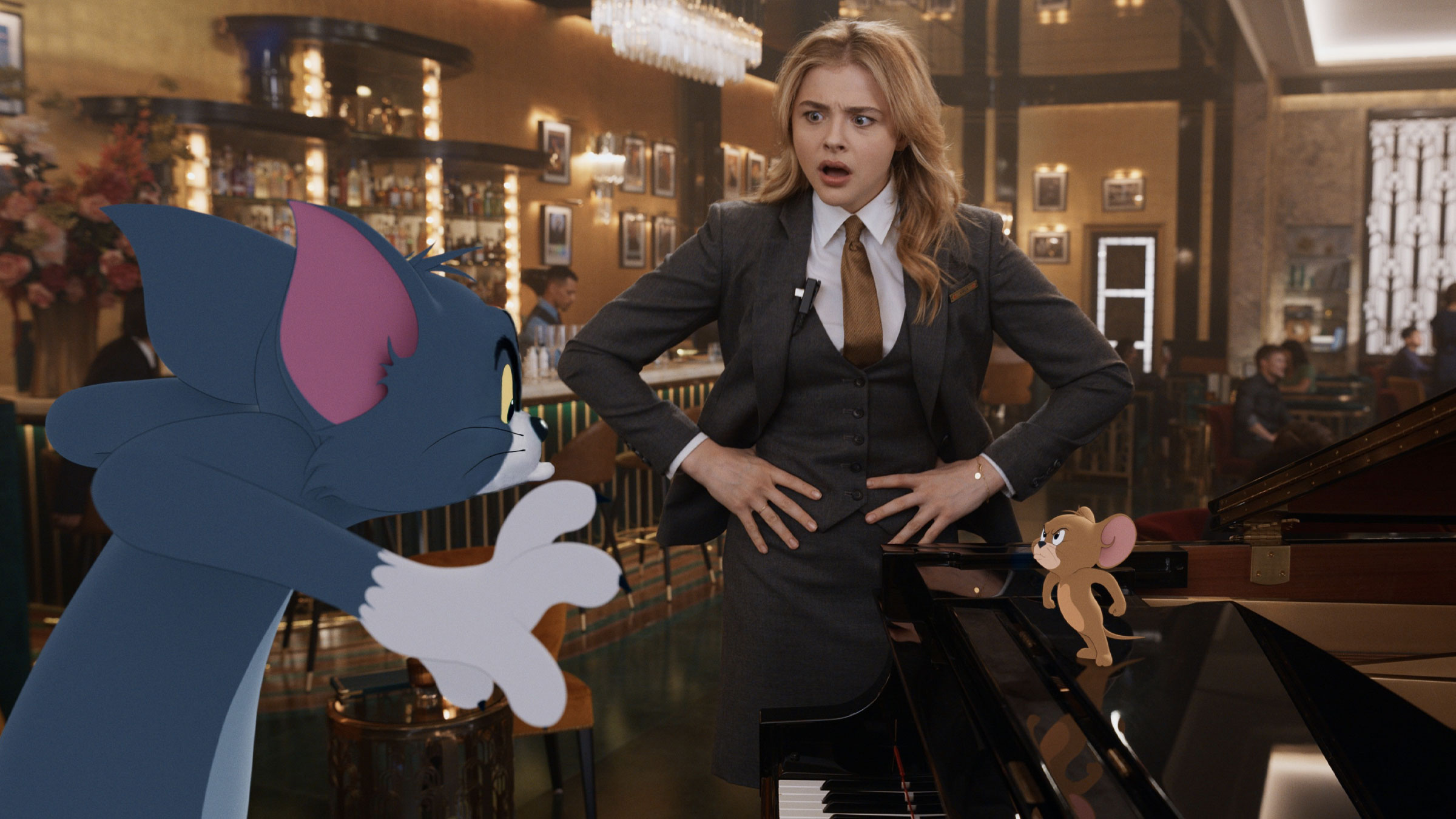 I admit to being a fan of Tom & Jerry growing up. The endless antics of a cat trying to get a mouse might seem like a formula that could grow stale, but it was fun. It is somewhat surprising that it has taken us this long to get a feature film, but here we are. The approach here is unique and one that I like. We have a live action film with animated elements integrated. So our title characters as well as several other of the animals are all animated. One might remember this technique was used in the widely love who framed Roger Rabbit? And in the Rocky and Bullwinkle film from 2000. While I enjoyed the latter, it was a sadly forgotten film. Tom & Jerry premiered on a streaming platform as well as theaters since occupancy is still limited as of this writing. Ultimately the film has some fun elements, but I am no longer the target audience. So, I wasn’t expecting to love it, but I feel it does enough right to please the young ones.

We’re introduced to Kayla (Chloë Grace Moretz) who is applying for a job at the upper scale Royal Gate Hotel. She is underqualified, but she lies about her credentials and steals a resume. Before long, she gets the job. Her supervisor Terrence (Michael Pena) is a bit suspicious of her, but they have a big fancy wedding fast approaching, so there’s little time to worry too much. If the wedding is a success for the hotel then they will gain massive publicity. We learn that Jerry the mouse resides at the hotel, so Kayla enlists the help of Tom the cat to rid the hotel of this rodent. It’s a simple enough hook, but it works for the film.

I will admit that some of the antics here grew a bit tiresome for me. Remember, we’re watching a film based on a show that has been stretched to feature-length. This does get some mileage, but it did wear on me after a while. I do think it gets the job done for the young ones, but adults may feel a different way. It’s such an OK film that a rental could work even if it’s something you may never want to return to. To say that the film isn’t the disaster some were predicting is still saying something. The cast is good, though your mileage with Michael Pena may vary. I for one find him to get under my skin after a point. The animation is attractive, though sometimes the cartoon characters didn’t mesh as well with the real world as I would’ve preferred. All told, rent it mainly for your kids. They’ll get more out of it than you.

I’m assuming when you make a movie about two classically-animated characters there’s only two ways you can do: full on animation or the Roger Rabbit style where it’s live action mixed with animation. The filmmakers chose the latter option and it works, though it’s a bit…odd. I mention it’s odd in that most everyone who’s familiar with the cartoon has watched it in traditional style. But I have to admit that I liked the human element and Tom and Jerry’s 1.85:1 AVC HD image seems to satisfy. Plenty of shots of NYC abound, the human actors look natural and pleasing. Detail is sharp, colors are bold and I can only imagine that this would look a bit better in 4K (I honestly don’t know if there’s a 4K disc, Warner just sent a Blu-ray so here we are). Look, it’s a new-to-the-format movie on Blu-ray – how disappointed can we really be? Right. Enjoy!

If you’d have told me that someday I’d be watching Tom and Jerry with a Dolby Atmos soundtrack, well…the kid in me probably wouldn’t know what you were talking about. That said, we do get a Dolby Atmos mix that really ups the ante and is a suitable soundtrack with all of Tom and Jerry’s antics. Oversized mallet, anyone? The fast-paced and hectic score is a perfect compliment to the action on screen. Vocals sound pure and sharp, surrounds are prevalent in the more action-oriented scenes. Nothing to complain about here, it serves its purpose well.

With a bit more wit, maybe I would’ve liked this a bit more, but it certainly isn’t terrible, either. The target audience should eat this up and sometimes that’s all that matters. Rent it.

P.S. – If you want to see how Family Guy solved the age-old problem of Tom and Jerry, check this out.