To Kill A Mockingbird (Blu-ray) 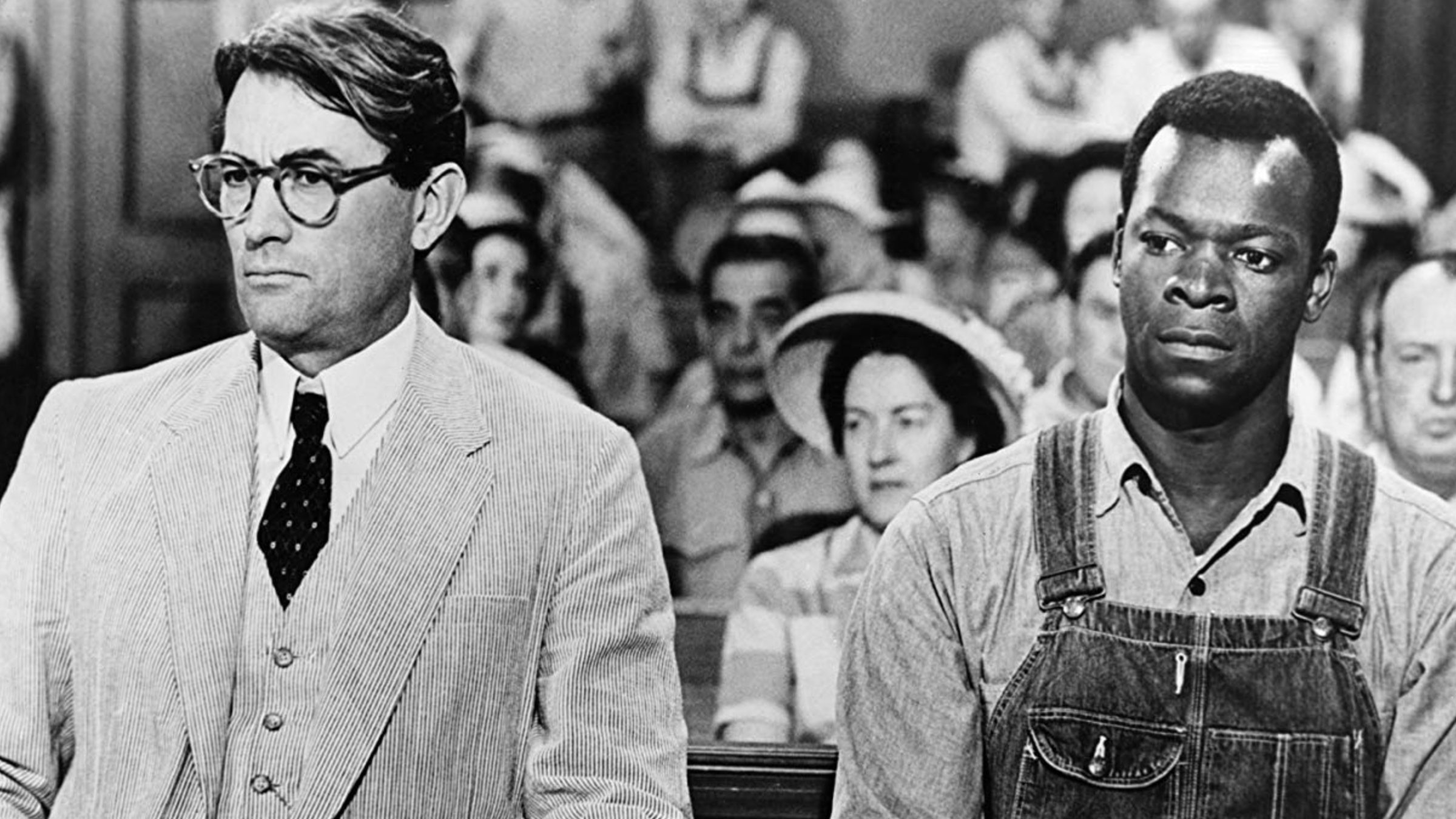 Whether it’s John Steinbeck’s Of Mice and Men or the occasional Curious George, many of us that were once students got to read a book in school at any grade or age that had an impact on them. In many cases, these great pieces of literature have turned into feature films that usually would follow reading the book (or watching it to get ahead start or avoidance of the book). Some reached an average level as the book despite some differences but some had the rare quality to equal or go beyond the reading experience. Such is the case of this film that depicts a family in a small town, a case, and the world seen through the eyes of children in glorious black and white and is Harper Lee’s To Kill A Mockingbird.

A young lady looks back at her childhood. Through her narration, Scout (Mary Badham), as she was called then was a little girl with a tough side and seem to find herself in a mess of trouble during many of her school days. The people that she relied on in her life the most were her brother Jem (Philip Alford) and most of all her attorney father Atticus (Gregory Peck) who just so happens to be balancing being a single father and defending a black man (Brock Peters) on a case involving the rape of a young woman.

From watching this movie many years, it’s easy to see why this film connects with an audience so much. Deep down we remember the curiosities and the struggles we had as kids and living in small towns as some of us have. For that we share a connection with the Finch family. To Kill A Mockingbird also does the great thing of having a lot of grown up material seen through the eyes of children which is never artificial or sugar coated.

Gregory Peck gives a well deserved winning performance as Atticus Finch, a man who will stand by his principles and the children shall follow along with being a father who doesn’t talk down to his kids and is encouraging even in the down side of vantage. The other great bit of casting are the children (Mary Badham and Philip Alford) themselves who play the roles almost as themselves without giving in to the cliche of child acting and mugging with a air of the obvious, and the audience is there for these kids even at their slightest curiosity of the grownups.

Along with the great cast, To Kill A Mockingbird has a great story about looking back at having a childhood one summer when the change in innocence came and the growing up process began. It has also become equal on cable to The Wizard of Oz and It’s A Wonderful Life in that it has a place where anyone can watch and anyone can appreciate a few times a year. No matter what time or place in life, there is always room for not only Jello but the experience that is To Kill A Mockingbird in the seriousness of the subject matter and going to show looking back sometimes is not so bad as one might think.

The film underwent a pretty intense restoration for its DVD release several years ago and with its subsequent debut on Blu-ray, the movie has never looked better.  The 1.85:1 VC-1 HD transfer looks superior to the DVD right off the bat.  The movie has been given a new digital restoration taken directly from the original 35mm elements.  For those that haven’t seen the film, it’s shown in glorious black and white and thus contrast and black levels are of utmost importance.  Detail has been improved and the movie seems to have a very rich look and feel to it.  It’s not a perfect transfer, of course, there are some scenes that appear a bit on the soft side but this is most assuredly an improvement over the standard DVD.  One of the most important films of the 20th century has never looked better.

The movie has been given a new DTS HD Master Audio soundtrack that’s more than just text on the back of the box – this is a drastic improvement.  The movie is now half a century old and anything associated with “older” films isn’t present.  Any annoying hiss or breaks in the soundtrack have been replaced by a seamless score that resonates through the 5.1 channels.  Gregory Peck’s booming voice sounds clear and strong through the entire movie, particularly during the courtroom scenes.  Suffice it to say that Elmer Berstein’s score has never sounded better.  Very impressive.

If you own the previous “Legacy Series” DVD, then you’ll be happy to know that most all of the supplements from that edition have made the leap to this HD release. The postcards that were present there aren’t, but are rather there in another form. The audio commentary with director Robert Mulligan and producer Alan Pakula is a must listen. They tend to tangent off into some side stories, but for historical significance alone, this is a good listen. The documentary “Fearful Symmetry” is also another major supplement found here, running at 90 minutes and produced in the late 90’s, it’s a modern day look at the life of a small town and how the film might have affected them. More impressive is the 98 feature on Gregory Peck. Aptly-titled “A Conversation with Gregory Peck” is a very in-depth look at one of the most popular actors. This is about as much as you need to know about the man who embodied one of the greatest characters ever to appear on film.

Moving on we get a few vintage television clips, one of Peck accepting his well-deserved Academy Award and the other in 1989 as he accepts his Lifetime Achievement Award from the American Film Institute. Peck’s daughter, Cecilia, talks of her father and his role in the film. We also get a look back by actress Mary Badham, who played Scout in the film, as she discusses her landmark character and working with Peck. Universal also promotes their year-long barrage of titles with “100 Years of Universal: Restoring the Classics” as we get a peek at some of the titles that will come out in the coming year. We also get a look at what it takes to restore some of these films for Blu-ray.

The HD exclusive content is consistent with some of the other Universal releases as we get the “U-Control” and the Pocket BLU app that allows you to control your player via an app. The disc is also BD-Live enhanced and the disc allows you to bookmark your favorite scenes.