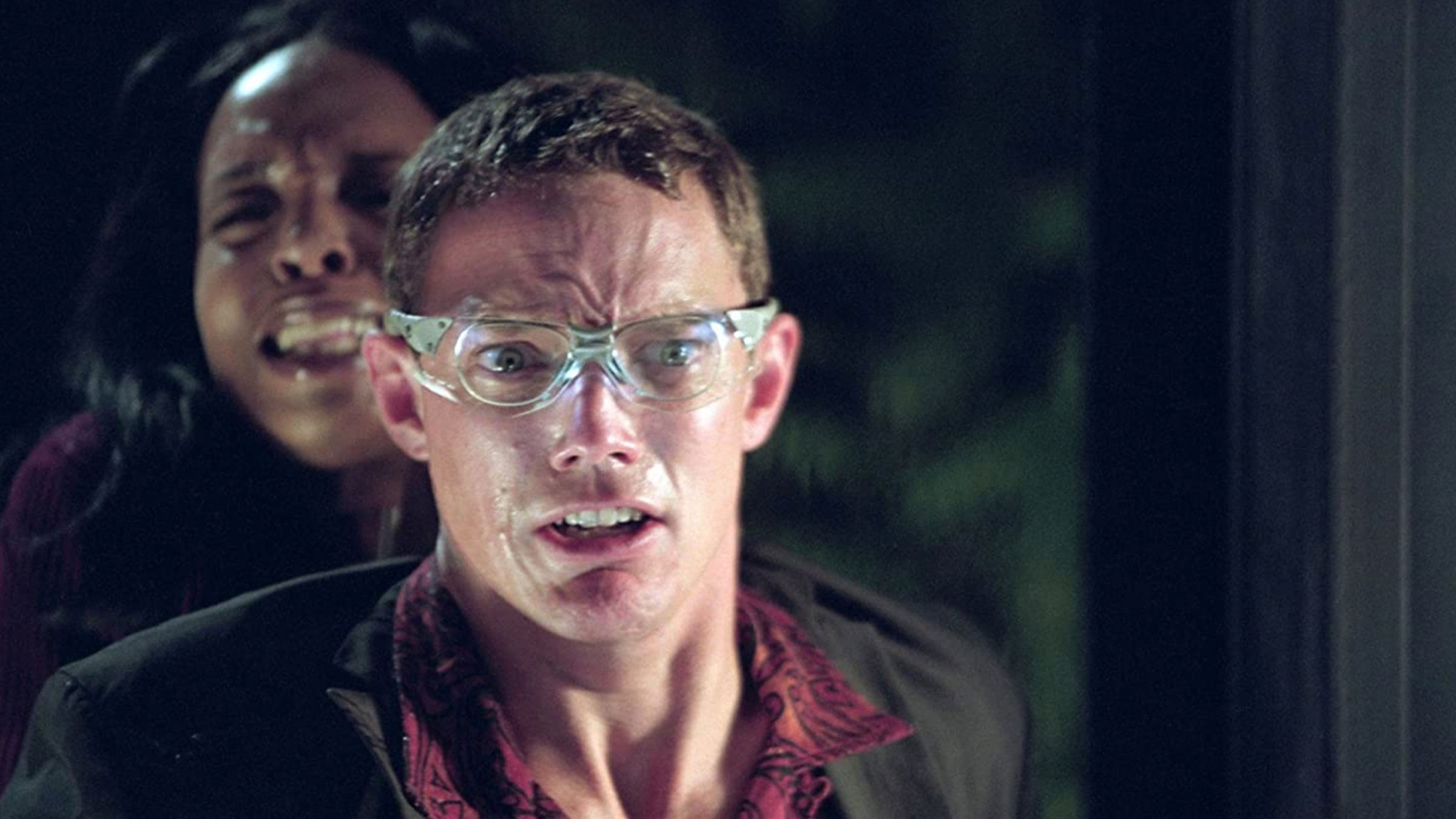 After his eccentric, very wealthy uncle passed, Arthur Kriticos (Tony Shalhoub) inherits his estate, which means he has moved from broke to booming, thanks to the immense holdings of his deceased relative. The home of his uncle is a most unique one, as it has walls made of glass, tons of one of a kind items, and as Arthur soon discovers, it is home to some supernatural forces, in the form of ghosts. He knew his uncle loved to collect different things and his tastes bordered to the unusual, but he never even knew ghosts were real, let alone that his uncle would have collected the spectral creatures. But when he first moves in, the ghosts are trapped safe and sound inside a special machine, though Arthur manages to set into motion the movements that let them loose, which means chaos soon breaks open also. As the ghosts are releases, it becomes clear they are not friendly in the least and in fact, they wish to eliminate Arthur and his kinfolk, as soon as possible. Arthur manages to find some glasses that allow him to see the ghosts, but even with the help of a borderline insane ghost hunter, can Arthur reclaim the house from the spirits?

I’ve been rather reluctant to put much faith into modern horror movies, given the glut of self referential trash that’s been all the rage, but when studios begin to remake classic William Castle pictures, my attentions are raised. House on Haunted Hill was the first to be taken on and it was decent, but still fell eons short of the original, though it was enough to give me marginal hope for the next one, Thirteen Ghosts. I really like the original one and I knew this would be an MTV style assault on the senses, but even so, I knew I could count on flashy visuals and hopefully, some blood and breasts to enhance the experience. As it turns out, this is a modern day B movie and audiences were not pleased, but if you ask me, Thirteen Ghosts is a lot of fun. The visuals are intense and amazing at times, some of the best production design work seen in a horror movie for a long time, which adds a lot to the film’s atmosphere. I was also glad to see some nice gore & makeup work involved, as well as some naked flesh, though not too much. But in terms of writing, the film lacks any kind of depth or impact, so turn off your brain as you pop in the disc. This is not a horror classic or even a great movie, but it is better than most modern horror and deserves a look, to those interested. Warner’s disc is more than solid also, so don’t hesitate to check out Thirteen Ghosts.

I assume very few people will remember this picture at all, but of those who do, I doubt anyone will think much of the performances. This is kind of a surprise given the names involved, but when the material is so thin and problematic, you can only expect so much from the performers, even ones as talented as Tony Shalhoub. I’ve become a big fan of his work over the past few years, as he takes more high profile roles and continues to improve his skills. Now you wouldn’t know it from his efforts here, but Shalhoub is a terrific talent and often elevates the material with his performance, even here. Even with a boost however, the material is too weak to let Shalhoub deliver a worthwhile effort, which is a real shame. Other films with Shalhoub include Galaxy Quest, The Siege, The Impostors, Men in Black, and Paulie. The cast also includes Shannon Elizabeth (American Pie, Scary Movie), Embeth Davidtz (Army of Darkness, Bridget Jones’s Diary), and Matthew Lillard (Summer Catch, Senseless).

It’s been a while since I sat down and watched this movie. A long while. It’s been nearly twenty years (since this film was first released on DVD), so a lot of technical advancement has been made when it comes to home entertainment. And this isn’t the first time the movie was released on Blu-ray, there was a 2010 version that I seemingly missed. That said, Shout! is renowned for their efforts with most of their titles. And while this one isn’t the shining example of anything and everything that is Blu-ray, it’s not that bad. Colors seem to have a bit more pop, black levels are a bit more stable and detail has been improved. Again, this is all in comparison to the DVD. It’s certainly a passable transfer that looks better than its standard predecessor, but I feel it could have looked a bit better.

The film’s original Dolby Digital 5.1 track has been upgraded to a DTS HD Master Audio mix that ups the ante a bit. There are some scenes that really make the film come alive (pardon the pun), but there’s also a lot of dialogue thrown in for good measure. I noticed a lot of the action taking place in the front stage, with occasional directional and surround effects taking charge. It’s a good effort that easily trumps the original DVD.

Thir13en Ghosts remains a bit of a campy classic. I’m sure purists will prefer the original, but this one wasn’t without its charm. I’d forgotten how enjoyable it was and fans will surely get a kick out of all the new supplemental material.