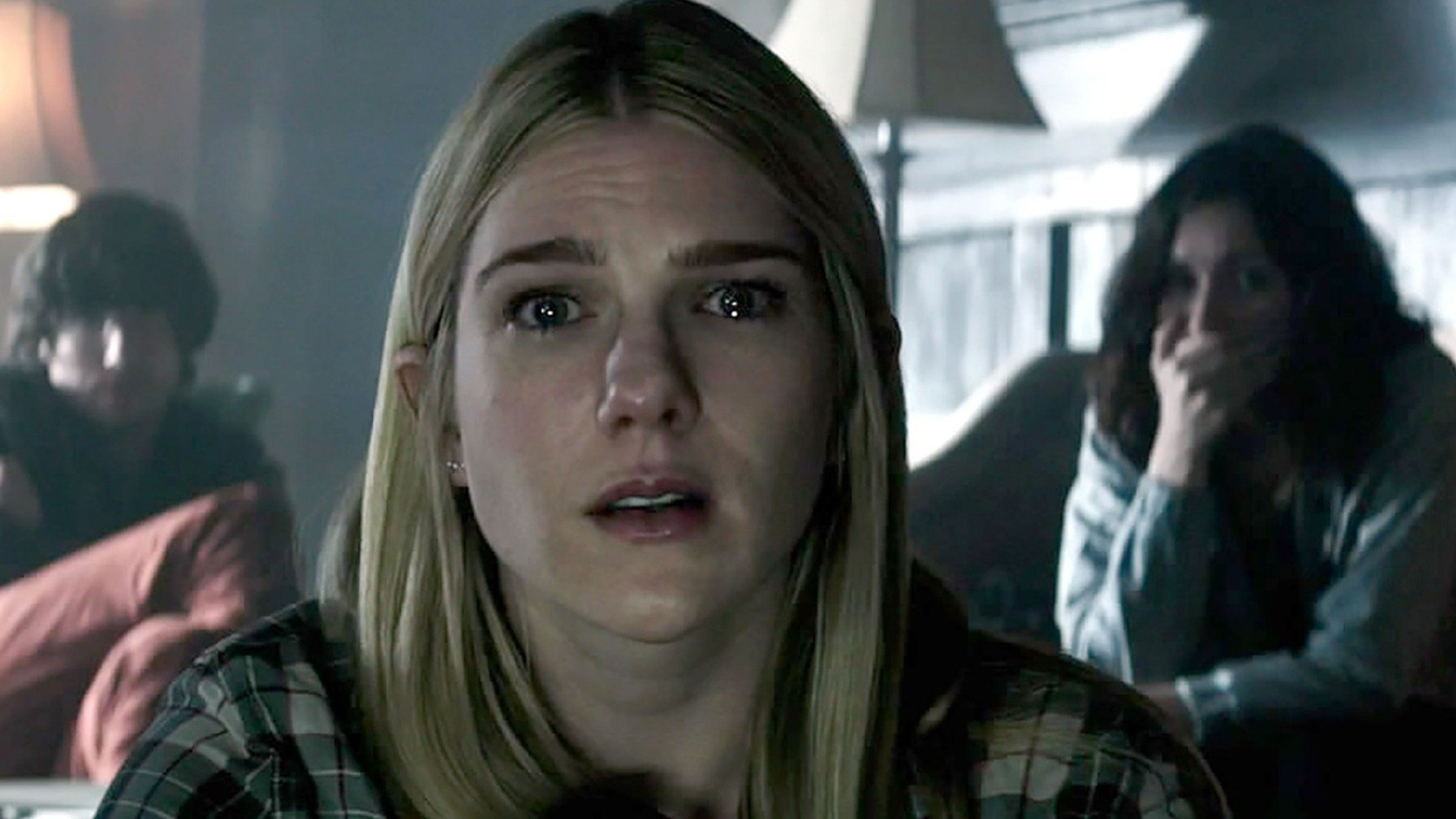 Thomas Jane, Jessica Alba and Lily Rabe star in this 2016 horror film that does nothing to stand out from the herd. Viewers can expect plenty of loud noises and quick cuts, all to try to pass off as genuine scares. Unfortunately, the film becomes a massive bore. I personally never understood the fascination with these types of cult films and possessions, but that’s just me. Still, that doesn’t mean that some of them can jump above mediocrity and impress me, but The Veil fails to do so.

Maggie Price (Jessica Alba) and her brother Christian (Jack DeSena) are filmmakers who contact the sole survivor of a mass suicide of a religious cult to film a documentary. Their goal is to find out and understand what actually occurred. Maggie is obsessed with the case and Sarah (Lily Rabe) is the survivor. Asking someone who has been through something as traumatic as Sarah has seems a bit selfish, but Maggie presses on. The most fun here is watching Thomas Jane as Jim Jacobs, who is the leader of Heaven’s Veil. Through flashbacks and Sarah’s recollections, we learn about the cult and what happened so many years before.

While the film is a stinker, it does have a way with atmosphere. I can appreciate the particular look and feel of some of these horror films, but we’ve seen all of this before. Some better and some worse, but this just has the sameness feel. In short, the film is stale and not frightening enough to warrant our attention. There are maybe a handful of decent frights, but very little that will resonate. This is one you can safely skip.

I can only imagine most viewers will check this out at night or at least in a dimly lit room. While some scenes are outdoors and brightly lit, there are a number of darker scenes, which do look good, but can be hard to see in a bright room. We get a solid AVC encoded 2.35:1 transfer that checks off most bullet points I look for. The print is fine, no debris or grain and all things considered, this should please viewers.

The DTS HD track also satisfies as it keeps things lively. Vocals are OK, but the effects are what keep this going. Rear channels are active and there’s a clarity I’ve come to expect. All things told, this track pleases.

Just skip this film. It’s a stinker and these have become a dime a dozen. There just isn’t anything here remotely special. Nothing here warrants your attention. The Blu-ray disc does present the film nicely and has a couple of good supplements.