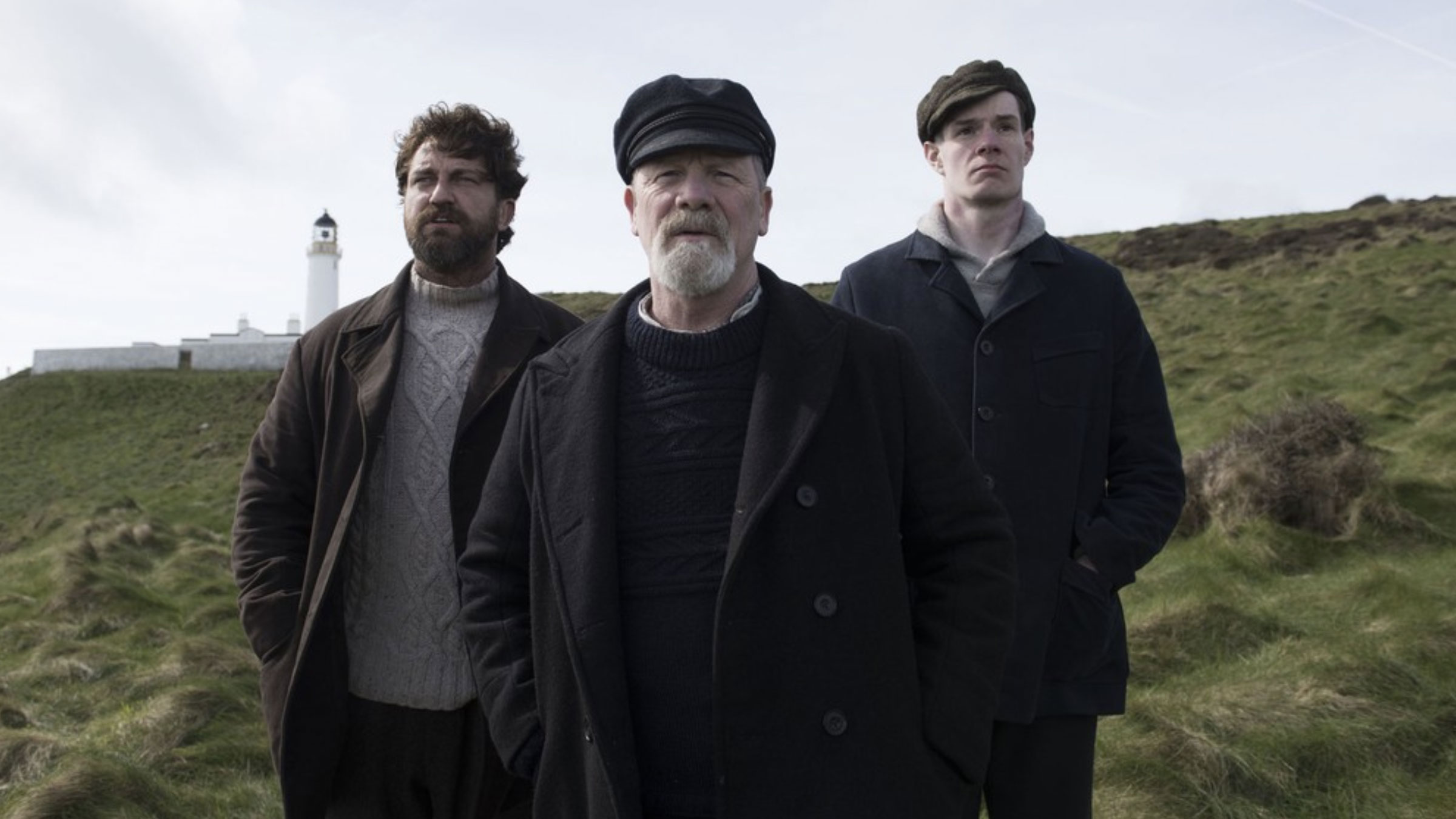 It isn’t hard to see why there would be an interest in making The Vanishing. The true story behind the film, which was never solved, is quite eerie. It centers on three lighthouse keepers who disappeared without a trace in 1900 in the Flannan Islands. We also get three strong, central performances, including one from Gerard Butler who shifts out of his action comfort zone for something quite different. The film introduces us to just over a handful of characters and offers a version of the true story of what might have happened between these three men.

A six-week shift begins as we meet James (Gerard Butler), Thomas (Peter Mullan) and the youngest member, Donald (Connor Swindells) who the other two take under their wing. We do learn a little about these characters as the film goes on. Thomas has suffered some losses in his life, but remains mostly quiet and keeps to himself. James has a family to take care of, while Donald is pretty straightforward as the more inexperienced. One day, the three men discover a boat down below them. Donald is lowered down and there is one man who appears to be dead, but as Donald checks him, he is attacked by the man. There’s a scuffle, which ends in Donald killing the men. Also discovered is a large wooden chest. Thomas is quite keen on the men not looking into the chest, while James seems more eager. Eventually, the box is opened, and we see the contents inside. Before long, a story is concocted about how everything went down. Thomas assures the others that the routine must be kept, to avoid any suspicion. Two men come searching for their missing shipmate and more importantly, the lost chest. Thomas tells them that they discovered the man, already dead, and thought authorities took the chest. There’s quite a bit of tension when Donald and James come down and talk to the men as well. We’re unsure if they’ll give the two men the same story or get caught in a lie. What happens next over the film is best left for the viewer to see, but it’s interesting to see how these three men change. We see how the greed and guilt take over and transform them. It can be quite suspenseful as well. There were times I was unsure just how it would all end.

It’s rare that I’ll do a blind purchase (purchasing a film without having seen it before), but there was a good deal, and the premise intrigued me enough. It is a film to go in best knowing as little as possible. There’s just something about lighthouses and that general setting that makes for a worthy film, when down right. There’s a broken radio in the film, they’re on a secluded island, so all that adds to the fear and isolation. As much as I did enjoy the film overall, it isn’t without some flaws. For one, it has a nice slow-burn feel to it, but there were times when the pacing felt off. There were some moments in the middle stretch that sort of bring the film to a halt when it should be building more suspense. It isn’t a deal breaker, but some tightening would’ve helped. Still, the story kept me with it and the three lead performances all did a great job. Check this one out.

We get a 2.40:1 AVC encoded image that left little room for improvement. The setting is perfect for the widescreen, HD format, and it delivers. The print is pristine with little issues detected and details strong as well. In the feature on the disc, we learn that they didn’t want to do too many colors, instead keeping things more muted. This is true as this isn’t the most colorful film I’ve seen. Still, the transfer remained a positive experience.

The DTS HD track is also a winner, as we can hear the splashing waves and plenty of strong background noise. I did have to use subtitles just because the accents were heavy, but that was a personal choice. There’s a clarity to the vocals, making this a winning track.

The Vanishing does lose some steam on occasion, making me wish it was a bit tighter, but it’s still a very effective, slow-burn thriller. The three lead performances are good and the story kept me with it. It’s not a perfect film, but a very good one worth checking out. Rent it.