The Song of Names (Blu-ray) 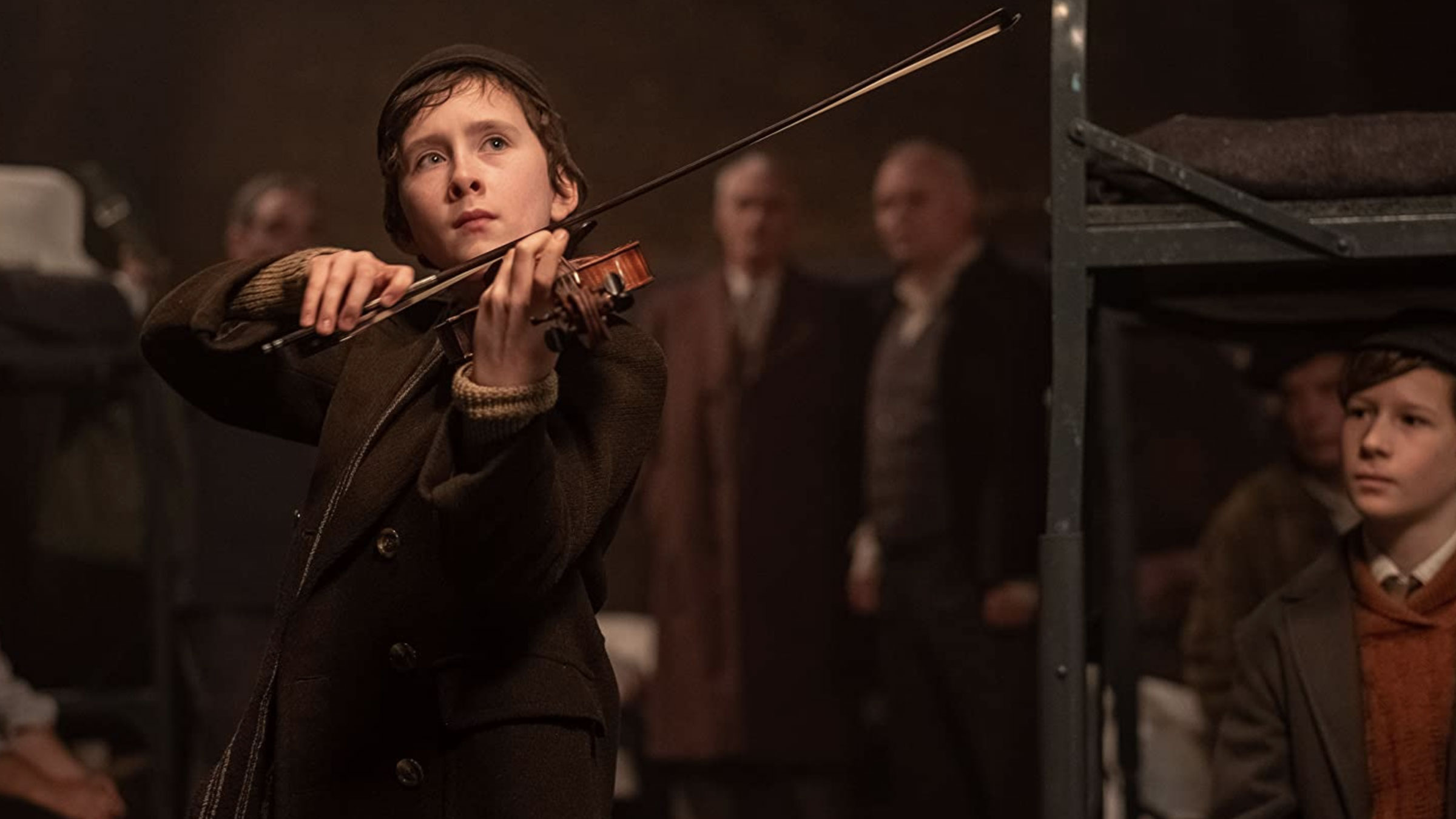 I’ve never been a fan of films that overuse flashbacks to help tell their story. I don’t mind if we see one early scene in advance where the film will lead up to it, but more often than not it is frustrating and drains a lot of suspense. It’s also a large reason that I don’t care much for prequels or origin stories. That’s a large problem I had during the majority of The Song of Names, a film with a nice story and its heart in the right place, but it never makes us truly care about the central mystery. While it features performances from Tim Roth and Clive Owen, it’s hard to see just exactly what drove them to this project at all. Let’s dive further, shall we?

Our story begins in London in 1951. There’s a major musical event about to occur with a young violinist about to play. His name is Dovidl Rapaport and his best friend, Martin tries to assure the crowd that he will be there, but unfortunately Dovidl is nowhere to be seen. We then flash forward to 30 years and an adult Martin is still trying to track down his old friend. We know that Tim Roth plays the adult Martin and Clive Owen plays the adult Dovidl. This means that we know the character will in fact resurface, but it’s the getting there that the film hopes to hook us with. Unfortunately the film just can’t muster up the energy or our enthusiasm for this journey. One review compared the film to eating an entire stale box of cereal just to get to the prize. That is a pretty fair assessment as the film mostly just bored me.

I have noticed something of a trend to use flashbacks to tell stories. It was something the recent Good Liar did, and while I enjoyed that film overall, I can rightly say that the least interesting moments were in fact the flashback sequences. Most viewers will probably be more relieved when the big reveal finally comes just since the film tests our patience a good bit. So while not terrible, it just never gripped me like I thought it should.

Pristine is the first word that came to mind as I watched this film. The entire film just has a clean and fresh look to it. We get a wider 2.39:1 ratio and it really lets the wide shots flourish as details are strong throughout. It’s also a consistent transfer as I noticed no drop in quality across the film.

Also strong is the DTS HD track which features nice and crisp vocals with the appropriate background noise when needed. Since music is a big part of the film, those sequences come through nicely. All things told, this track will please viewers of the film. Or they should at least.

The Song of Names isn’t a terrible film by any means, but it’s just a rather lethargic one. It needed more of a hook to keep us invested or a better central mystery. I understand it is more of a drama, but it never engaged me like I thought it should have. The disc specs all around are strong for those considering a purchase, however.