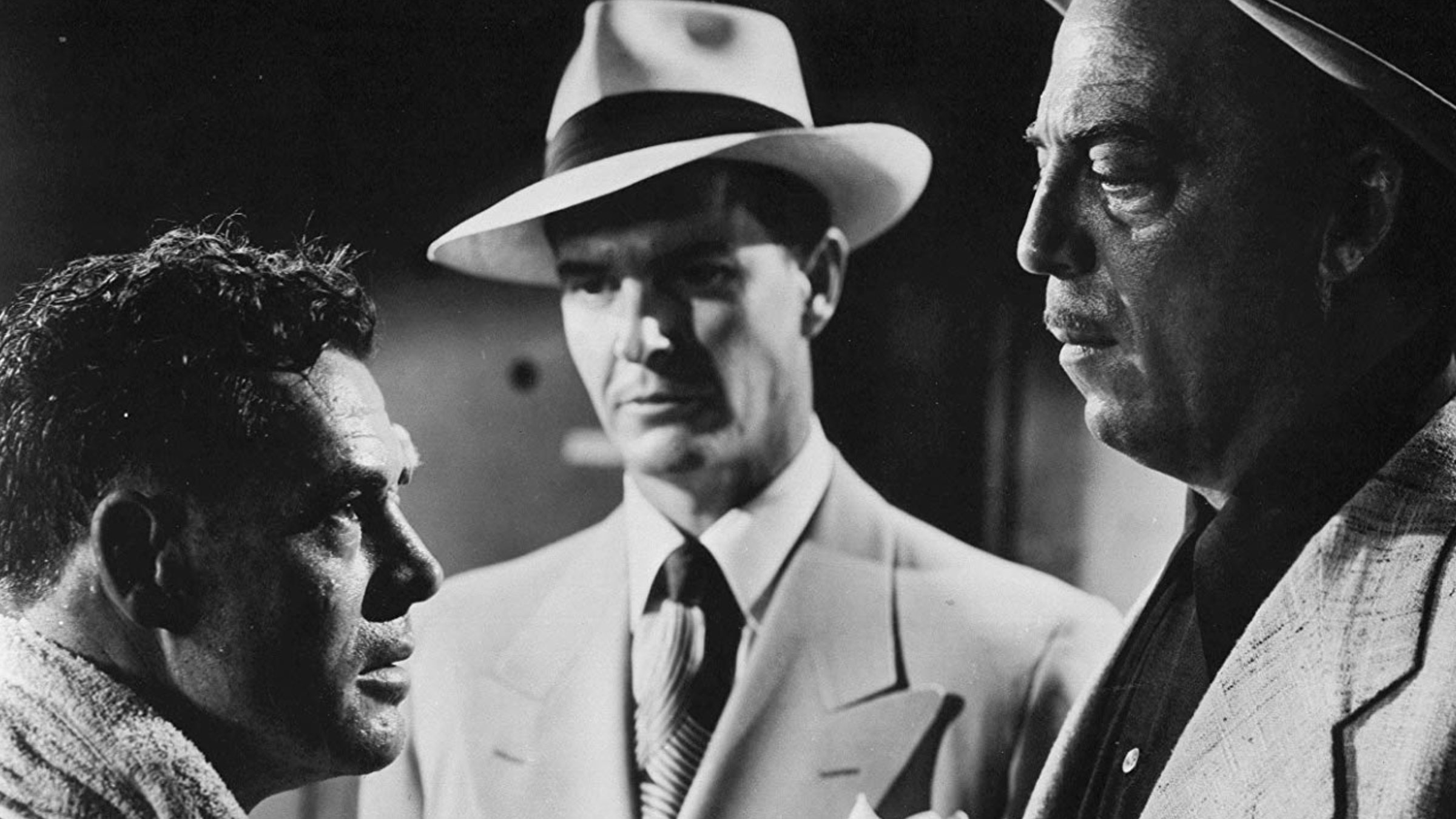 I have had the pleasure of watching a few films by director Robert Wise over the last couple years. Wise was an incredibly talented director that was willing and able to tackle numerous different types of material. He is as well known for his horror work (Curse of the Cat People) as he is known for his science fiction work (The Day The Earth Stood Still.) He also directed a well known musical you might have heard about called West Side Story. His ability was not genre specific and in 1949 he directed an excellent drama involving the sport of boxing called The Set-Up. The film stars one of my favorite actors, Robert Ryan. I had been excited to see this film since Warner Archive had announced that it would be coming to Blu-ray. Upon receiving my copy, I immediately checked it out.

At Paradise City, aging boxer Stoker Thompson (Robert Ryan) is set to fight young boxer Tiger Nelson for four rounds. In the Ring Side Bar, Stoker’s manager, Tiny (George Tobias,) makes a deal for Stoker to go down after the second round. Tiny doesn’t let Stoker know about the set-up because Stoker has done a good job of losing all of his fights recently. Why cut him in on the take? At Stoker’s tiny hotel room across from the boxing venue, Julie is starting to want out of her relationship with Stoker. Stoker feels like he can take the kid down that he is up against. That could put him back in the game. Julie doesn’t want to continue living the lifestyle of traveling from place to place watching him taking beatings. Stoker gives her a ticket to watch the fight but it is up to her whether she goes or not. When the time comes to fight, she has not come to the match. Stoker fights with a renewed intensity, unaware that he is supposed to throw the fight in the third round.

The Set-Up is fantastic. From start to finish, this film is a very tightly constructed tale. The film essentially plays out in real time and the effect is a tension that feels very immediate and real. The direction by Robert Wise, with wonderful black and white cinematography by Milton Krasner, is cinematic perfection. The film manages to look modern technically (sweeping crane shots, dolly shots) while still shining a light on the time that it was filmed. There is a reason why young film students like Martin Scorsese studied this film. The editing by Roland Gross trims off all excess and the film is an incredibly tight seventy two minutes. There is no fat. Keep in mind that Robert Wise edited Citizen Kane before he became a director, so I am sure his influence was felt in the editing room. Fans of the director owe it to themselves to see his work here.

The performance by Robert Ryan is absolutely heartbreaking. I have always enjoyed Robert Ryan’s performances (House of Bamboo and The Wild Bunch come to mind immediately,) but his performance here may be my favorite. He is so convincingly beaten by his circumstances, that your heart will have no choice but to break watching the film. Like the best actors, it is all in his face and what he finds in the material. The words he says are meaningful at times, but it is all about what his face says in the film. It is one of the best performances I have had the pleasure of watching this year.

The script of the film was written by Art Cohn and was based on a poem of the same name by Joseph Moncure March. The script functions well but can occasionally veer towards the melodramatic. In lesser hands, this film could have been a B-movie. With Robert Wise directing and Robert Ryan starring – it becomes an emotionally compelling masterpiece. It’s really just a fantastic film.

The Set-Up’s visual is a knockout. Warner Archive Collection have outdone themselves. Arriving from a fresh 2K scan and presented in 1.33:1 aspect ratio with an MPEG-4 AVC encode, the film looks exceptional. The black and white levels are well defined and sharp looking. As you would expect, there are bars on both sides of the picture. Fine detail is amazing. In one scene, I felt struck by how much detail I could see on some bricks in an alley. It helps that the film is beautifully shot. This is one of the best-looking presentations of an archive title this year.

The DTS-HD MA 2.0 mono track sounds great. The film does not use a score to highlight the action in the film. Without the music, the background noise during the fights adds to the realism of the film. Dialogue is clear. The track really works well.

The Set-Up is an excellent film. Director Robert Wise injects style and substance into a well-written melodrama. The film is well edited, well shot, and atmospherically triumphant. Robert Ryan delivers what could be his very best performance. He is amazing in the film. Warner Have provided a drop-dead gorgeous video transfer. The audio commentary with Robert Wise and Martin Scorsese is interesting and engaging, even if there are long stretches of silence while they enjoy the film. Overall- this film earns my highest recommendation. It’s a stunner.