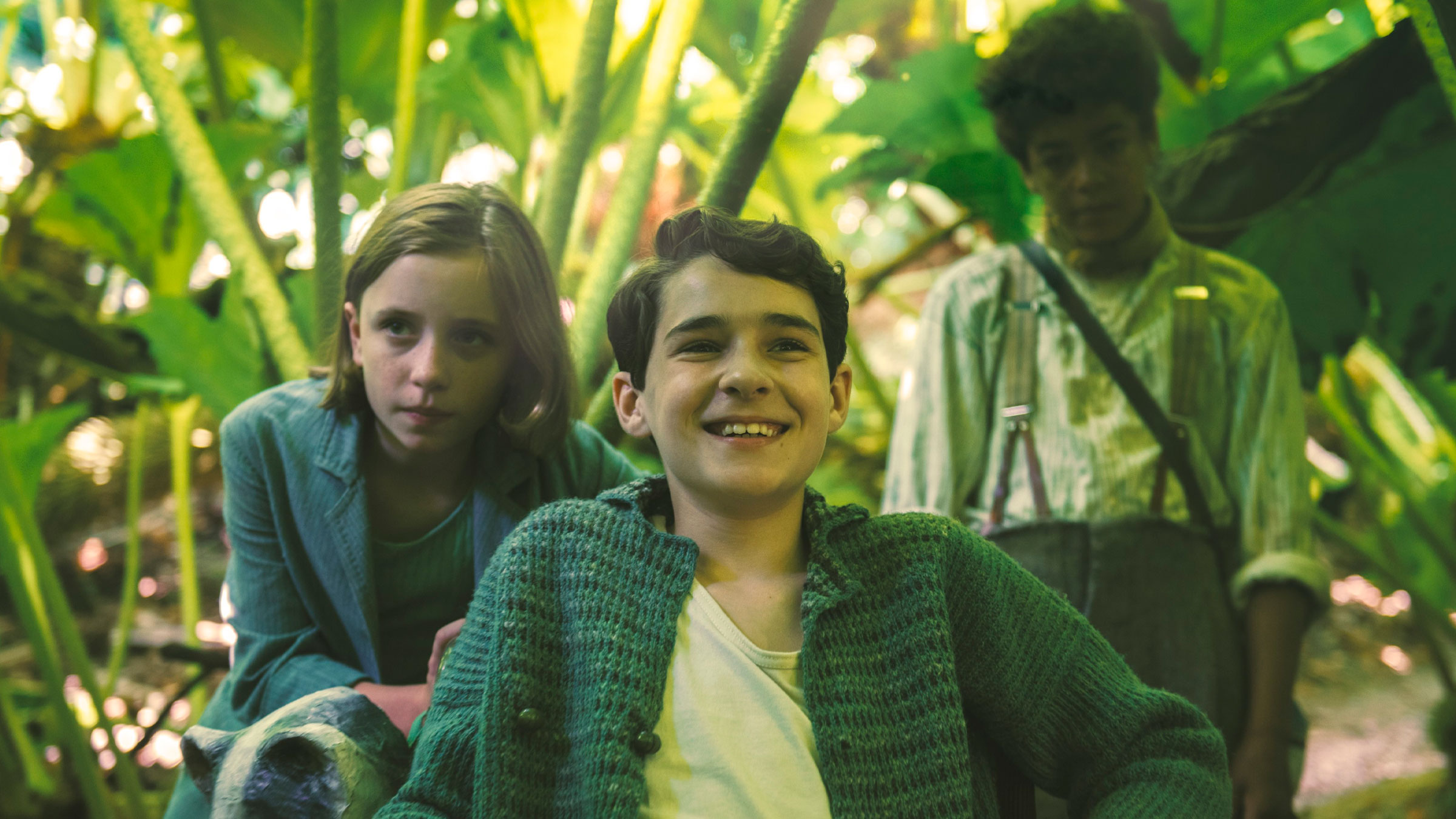 A chill went down my spine when I opened the package from Universal. It was The Secret Garden, the latest theatrical update of a classic novel. This wasn’t the first of the year, either. A few months ago audiences were treated to the latest version of Emma. Is it a coincidence? Is it a conspiracy? I think not. Oh, that chill I referred to? I had a weird thing when I was in school about having to read older “classic” novels. I never liked them. And this is one that I somehow managed to avoid reading all through school. Ha! Take that educational system! I win! Ok, maybe in the grand scheme I really didn’t, but still…I’d heard of the film, but really had no idea what to expect. So without further ado I put the disc in the player and figured that finally, after all this time, I’d see what the fuss was about. Here’s what I found out.

Mary (Dixie Egerickx) is an orphaned girl sent to live with her strict uncle, Lord Archibald Craven (Colin Firth). She’s not allowed to do anything and this doesn’t sit to well with the lass. Naturally, Mary ignores most of his rules and eventually makes her way to the backyard where a stray dog leads her to a hidden, magical garden. A “secret” garden…get it? She discovers that the garden has healing properties and she brings her sickly cousin, Colin (Edan Hayhurst) and his friend, Dickon (Amir Wilson) to it. And, in a nutshell, that’s it.

As mentioned earlier, this is the umpteenth adaption of Frances Hodgson Burnett’s novel. The last big screen version came out in 1993 with the only notable name attached to it being Maggie Smith (Julie Walters takes over the role of Mrs. Medlock this time around). Having avoided this movie and book for so long, I was a bit surprised at some of the subject matter. It wasn’t anything gruesome, but I have to admit that I admired the way some of the issues were handled. The cast is fine, I’d not heard of any of the younger actors and Firth clearly had a bit of fun with his role. Then again aren’t all older British men cranky? I think they are. Fans of the novel might enjoy this new version and it’s got enough zeal that the little ones might be entertained as well.

Having never read the book or seen any previous version of the film, I had no antecedent to go off of. Still, I have to imagine that a movie dealing with an enchanted (read: “secret”) garden must, or should, be a visual delight. And it is. How about that? Universal’s 1.85:1 AVC HD image pulls no punches. It’s vivid, bright, colorful and chock full of CGI goodness. Yes, you read that right. Fleshtones are spot on, contrast is strong and I was hard-pressed to find something, anything to really complain about. This is, of course, indicative of a new to Blu-ray film and especially one that’s not afraid to embrace the visual effects department. This is a visual treat.

The included DTS HD Master Audio soundtrack isn’t quite as impressive as the picture, but it’s close. The majority of the film is dialogue-driven and those lovely English accents are on full display here. What else would we expect, right? There are several sequences, mostly in the “garden” scenes, that really engage the surrounds and provide a sense of aural goodness that we were waiting for. It’s a nice, strong, well-balanced audio mix that’s certain to please.

It’s been nearly three decades (1993) since the last big budget film adaptation of The Secret Garden. So a new generation will get to experience this timeless classic on screen. Was it worth the wait? For me, it’s hard to say. Having no idea what to expect, I did enjoy it, but it’s not something I’ll watch over and over. Universal’s disc looks and sounds good, but is a bit slim on supplements.