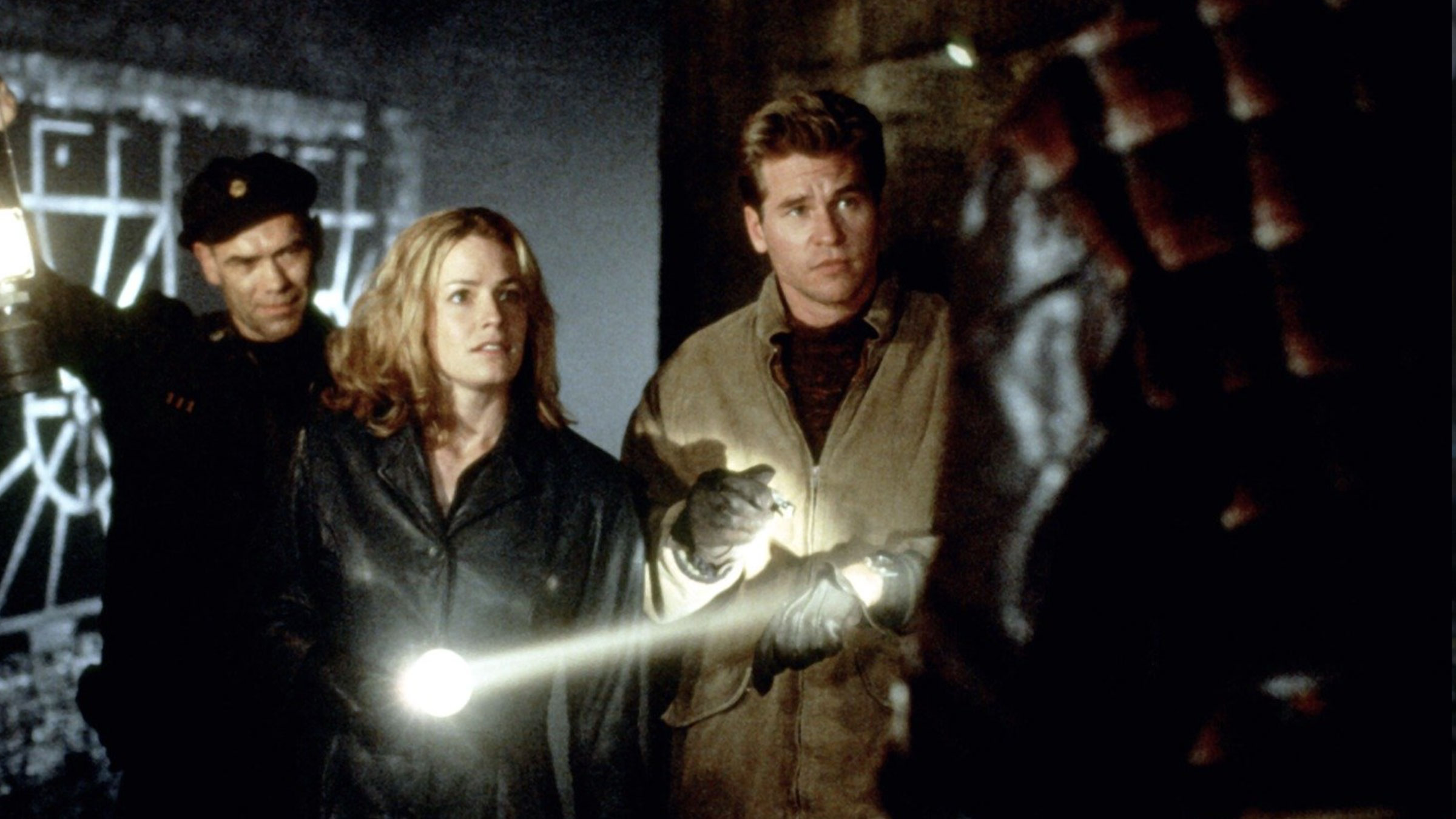 These days it’s very common for a feature-length film to be based off previously-released material. Television shows, comic books and even other movies serve as a template for “new” entertainment. This wasn’t so commonplace back in 1997 when we were treated to a big screen adaption of The Saint. Roger Moore, best-known for his role as James Bond, had made the character famous in the television show of the 1960’s and the stories of Simon Templar made their debut in the books of the 1920’s (they ran through the 1980’s). So in the late 90’s we had this, Val Kilmer and Elisabeth Shue both in their prime. Were there two more attractive lead actors? Doubtful. I remember seeing the film in college and enjoying it. And it’s one that I still watch with some regularity. The film was fairly successful at the box office, pulling in $60 million domestically (not bad in 1997 dollars). Nevertheless, let’s get started.

We meet John Rossi as a child. He was raised in an orphanage and renames himself after his heroes, the. Templar Knights. After witnessing a tragedy that haunts him even as an adult, he uses the skills acquired as a child to sell to the highest bidder. Now named Simon Templar (Val Kilmer) has the ability to change his appearance and name on a whim and endeavors to reach a comfortable amount of money ($50 million) in order to retire securely. It’s with his “one last job” with a Russian billionaire, Ivan Tretiak (Rade Serbedzija) that proves to be his most difficult. Templar is hired to steal a formula for clean, inexpensive energy called Cold Fusion. It was developed by a scientist, Emma Russell (Elisabeth Shue). Simon finds Emma not to be what he expected and it’s not before long that she falls into the hands of Tretiak. Will Simon be able to save her as well as Cold Fusion?

The draw in this movie is Kilmer. That’s it. While Elisabeth Shue is certainly a competent actress, this is essentially a showcase for Kilmer’s acting abilities. And he carries the film. Much has been said about Kilmer’s antics on and off the screen, but if you can put those aside – he really is a talented performer. He’s become a lot more grounded in recent years since, well, we all tend to mellow with age, no? Watching The Saint again made me realize how much I enjoyed the film. Oddly, it’s a lot like the previous year’s Mission: Impossible in that the lead often goes through different disguises trying to obtain a seemingly unobtainable item/object. Obviously, time has favored the latter but if this sort of movie is your thing, you could do a lot worse.

As I mentioned above, it’s hard to believe that an A-list film like this is just now seeing its Blu-ray debut. Nevertheless, was it worth the wait? In a word…no. But I’ll explain. Paramount’s 2.39:1 AVC HD image is by no means “bad”, it just could have been a lot better. This didn’t really receive any special treatment from the studio, rather it was finally pushed out with a slew of other “new to the format” movies. That said, the image does appear better than the previously-released DVD. Contrast is a bit better, edge enhancement is still slightly present on a few scenes and colors tend to have a bit more pop. It’s a decent transfer, but one that with the right amount of studio support and/or restoration, could have really knocked it out of the park.

The lossless Dolby TrueHD mix is certainly a few steps above the Dolby Digital 5.1 mix found on the DVD, but again – this isn’t anything mind-blowingly good. Vocals are sharp and crisp, surrounds are used often and with good effect and I’d forgotten how much I loved Graeme Revell’s score (which is a re-imagined version of the original Saint theme). Gunfire, car chases and the like all sound good. I give this a higher mark than the video, as it really is a pretty ambitious mix. Viewers should be satisfied.

I’ve always enjoyed this film. I saw it in college and it’s one that I watch every few years. Kilmer is in his prime as is the lovely Elisabeth Shue. Yes, maybe it’s a bit predictable and more of a showcase for Kilmer’s abilities, but it’s what makes the film work. While it’s nice to have this on Blu-ray after all these years, it’s a bit of a letdown. The image and audio look decent, but the lack of a restoration and any new/additional features make it a bit ho hum. Fans will be able to pick this up for a steal, but maybe this will fall into the hands of another studio that will give it some love.