Looking at the cover for 2018’s The Row seems like some generic knockoff horror flick that didn’t quite get enough pull to make a theatrical debut. The four ladies on the front (unknown to me) are at least attractive that spending some 80 minutes or so watching them doesn’t seem too torturous. Boy how I was wrong. I won’t say The Row is one of the worst horror flicks I’ve ever seen, but it truly is a complete and utter waste of time. There’s little redeeming value, outside of looking at some scantily clad women. The film, which is R rated, can’t even give us some decent nudity. It just zigzags from scene to scene without much purpose or identity. I’ve discovered plenty of good horror flicks that bypassed a theatrical debut, but this one truly is a stinker. Before I get too carried away, let’s take a look at what one can expect.

Best friends Riley Cole (Lala Kent) and Becks Power (Mia Frampton) decide to pledge Phi Lambda. We get the usual hazing scenes, and before long, Riley learns more about her late mother from the sorority sisters than from her own father. Her dad is a cop played by Randy Couture, but he’s not always honest and forthcoming with his daughter. We get a few too many scenes with her cop father as there’s an entire opening sequence with him on some kind of sting operation gone wrong. This just feels like filler when the film should stay focused on the girls. It’s their story, not his. I expect the filmmakers wanted to give depth to the story, but it just feels unnecessary. It doesn’t help that most of the characters are interchangeable and pop in and out whenever. The trouble rises when a serial killer is targeting these women. There are extended party and dance sequences that just ramble on without much purpose. The Row proceeds without much purpose or reason for existence. There aren’t even any truly frightening moments on display. You can safely skip this garbage.

We get an AVC encoded 1.85:1 image that’s passable, but not one of the better ones I’ve seen. There’s clarity and sharpness, but a few flaws keep this from touching greatness, but I don’t think it matters. Most who sit down to view this film probably won’t be the harshest critics when it comes to the transfer. The blood is at least the appropriate level of red. There was some occasional grain. Overall this isn’t a great transfer, but it’s far from awful as well.

The DTS HD track sounded about as I expected. We get the expected loud jolts here and there. Surrounds added to the film and there was the clarity I’ve come to expect with the vocals. I did have to adjust my volume several times as it went high to low pretty often. Still, this track serves the film well.

I’m giving fair warning that The Row is quite bad. If you still choose to subject yourself to this awful film, please only rent it. Boring and free of nudity and actual scares, the film has really nothing to offer. 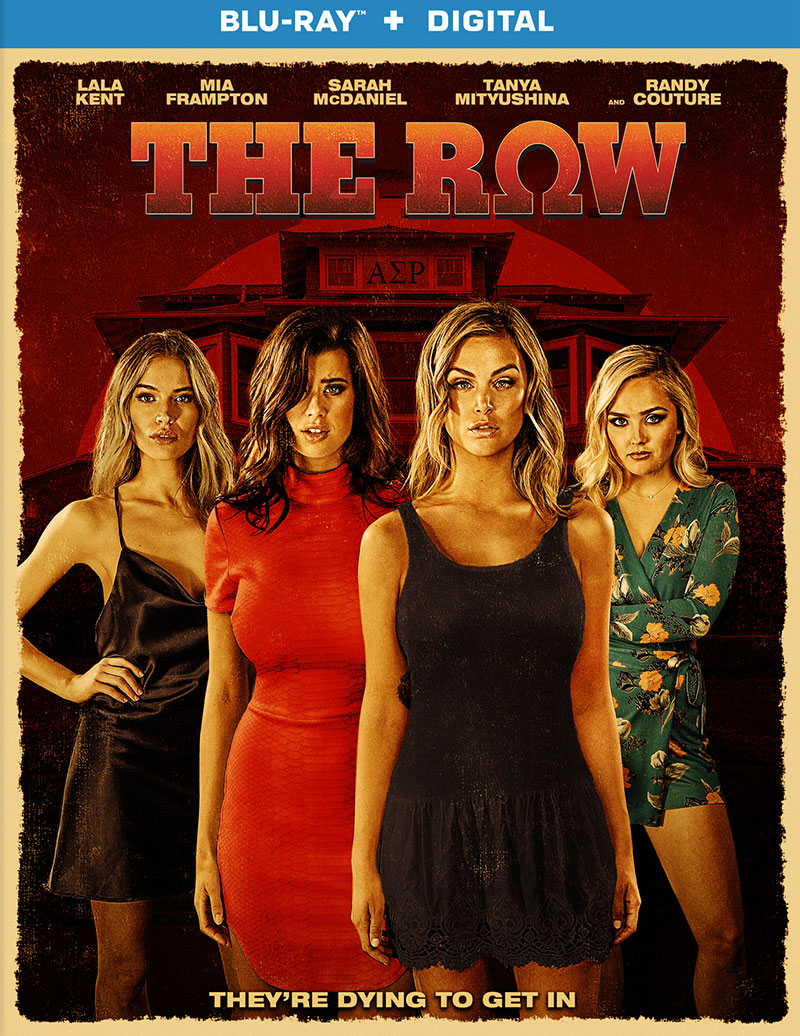