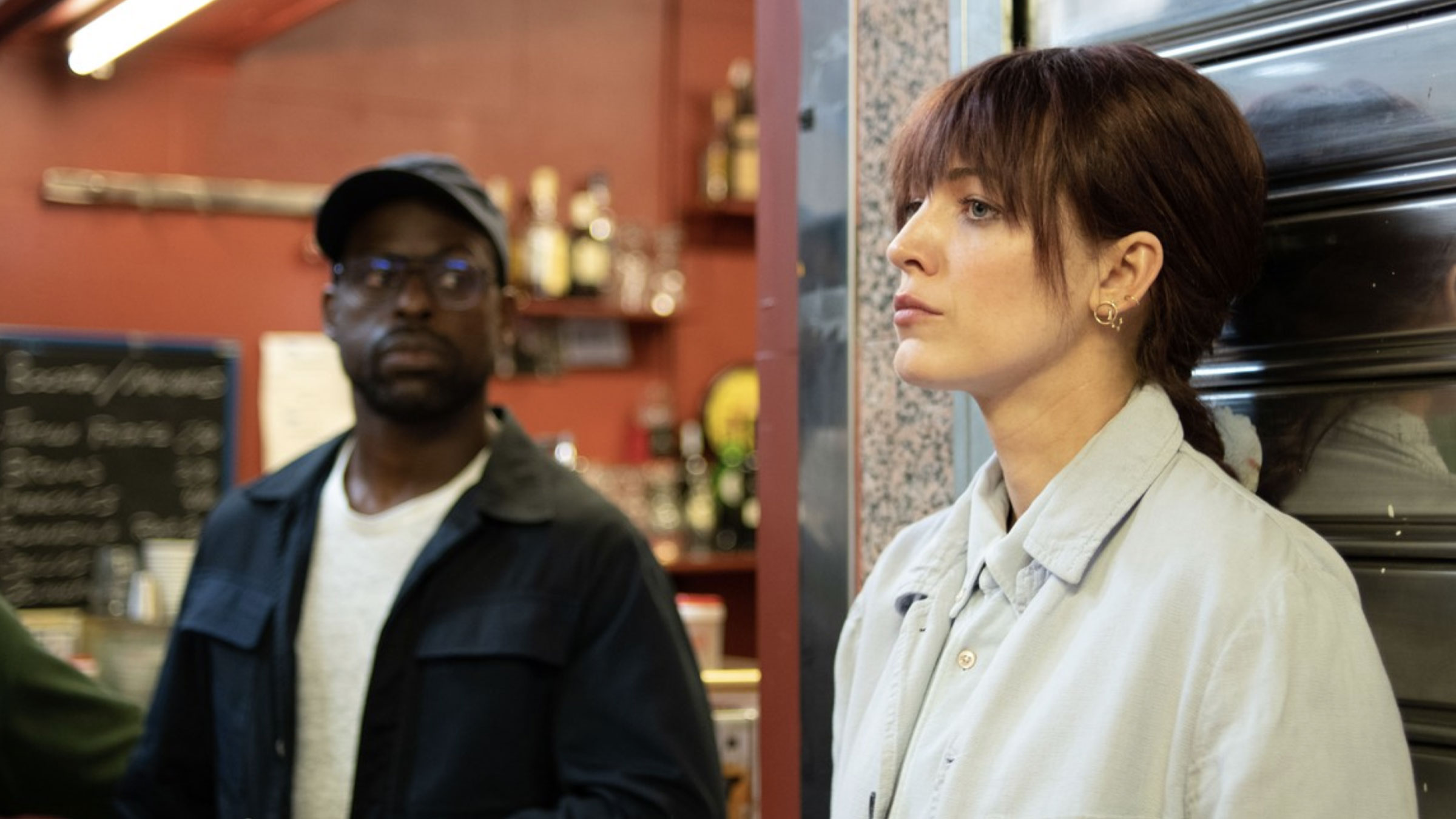 Stephanie Patrick (Blake Lively) was a one time student at Oxford whose life has been derailed by the death of her family in a plane crash. This left her so distraught that she’s now switched majors and works as a prostitute in a London bordello. She’s got the tell tale signs of this life, with dark eyes and track marks up and down her body. Her latest “client” is named Proctor (Raza Jaffrey), who is posing as a journalist and informs her that the plane crash wasn’t an accident, rather a targeted terrorist attack.  Stephanie manages to find the source, a man named “B” (Jude Law). He’s an ex MI-6 agent and trains her in the art of killing. Stephanie’s goal is to find the person responsible for the attack and kill them. Simple as that.

It’s odd that the cover for this movie claims that the film is made from the “Producers of James Bond.” I say “odd” because this film is essentially the anti-James Bond. She’s not doing what she does for love of country, it’s a simple tale of revenge. But it’s clear that Lively threw herself into the role and it shows, she turns in one of the best performances of her career. I’ve not been too big a fan of her, though some of her recent roles (The Shallows and The Age of Adaline) really show the range she has. Jude Law’s part is limited to a glorified cameo, though they do have some chemistry. The film got lost in the shuffle, but it was intriguing to say the least and hopefully it’ll find a new audience at home.

Director Reed Morano has a background in cinematography and the film is gorgeously shot, taking plenty of cues and utilizing a POV style of cinema. The film hops around Europe, with Ireland doubling as Scotland. Paramount’s 2.39:1 AVC HD encode showcases the beauty of some of these places, but also has a gritty realism that’s evident in a few of the film’s more notable scenes. Contrast is strong, detail excellent and the landscapes are simply lovely. It’s a bit of a mixed bag when it comes to consistently in the way the film was assembled, but this is one good-looking picture.

The film has highs and lows when it comes to how it sounds. Starting out in a London brothel, there’s not a lot of room for range and for the film to stretch its legs. The action turns up as we start hopping across Europe. There are several naturalistic sounds that add to the film’s authenticity. Paramount’s DTS HD Master Audio soundtrack takes it all in stride offering up a spacious, yet plausible mix that’s sure to please. Charming vocals, ambient surround effects and a robust front stage all combine for a satisfying aural experience.

I was reminded of a film that I’d seen a few years ago, Blue Ruin, in it a man avenges the death of his wife and has seemingly no idea what he’s doing. This might be the yin to The Rhythm Section‘s yang. There’s fault in this film, to be sure, but it’s easily overlooked. I found it tense and gripping and fans of Lively will no doubt want to check it out.