The Return of Swamp Thing (Blu-ray) 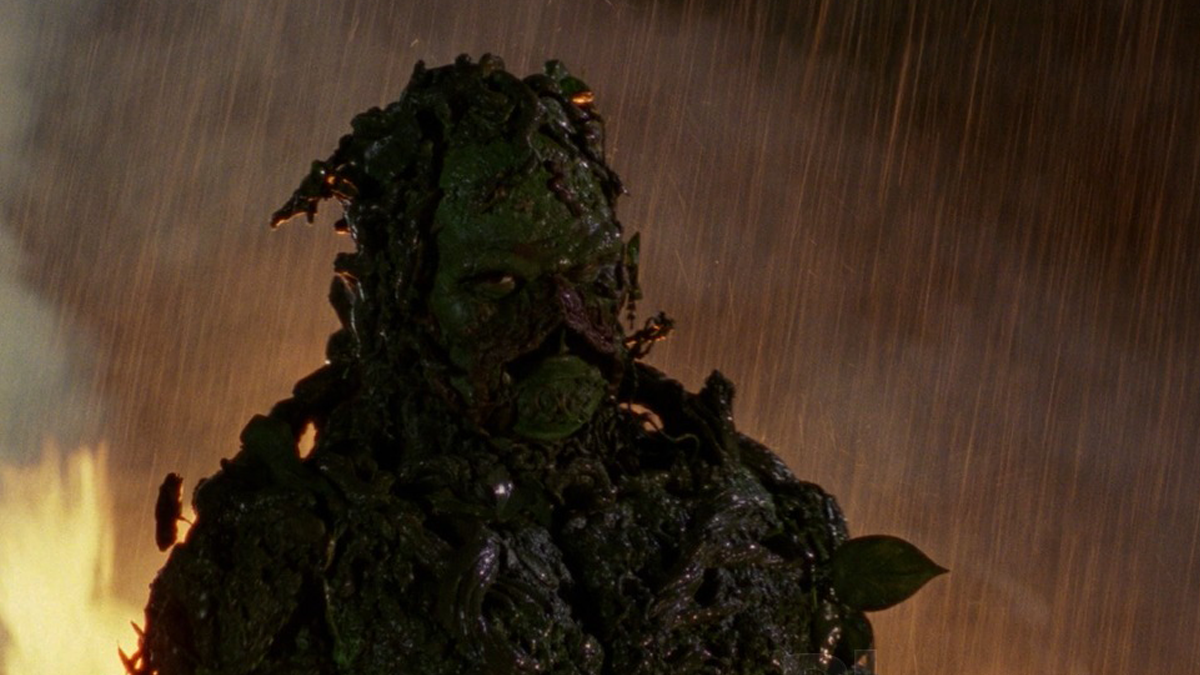 MVD Rewind Collection recently continued their new line of cult films by releasing Jim Wynorski’s campy Swamp Thing sequel, The Return of Swamp Thing. I have enjoyed the releases MVD Rewind have been putting out so far, so I popped in the film the other night to check it out.

The film begins with a group of military people trudging through a swamp. They are attacked by a strange creature that sucks two of the men dry. Those that run from the creature find themselves gunned down by Dr. Arcane (Louis Jourdan) and his female assassin, Miss Poinsettia (Gabrielle Monique.) Swamp Thing saves one of the men from the creature. At Dr. Arcane’s lab, gene splicing by Dr. Rochelle is not going well and is leading to monstrosities like a cockroach man, elephant man, and others. The man who was saved by Swamp Thing informs the authorities that a monster had sucked the blood of two men to death on Dr. Arcane’s property. The police come to investigate the report. This lets Dr. Arcane know that there is a creature or man in the swamp that they need to track down. He turns to his trusted man Gunn (Joey Sagal) to make sure the swamp is clear. Meanwhile, Dr. Arcane’s plant loving step-daughter Abigail (Heather Locklear) arrives. Dr. Arcane wants to get her DNA for a serum that would extend his youth. When Abigail leaves the premises of Arcane’s plantation, Swamp Thing saves her from two unsavory hicks and they begin to develop feelings for each other.

So, you are probably asking yourself, do a plant man and Heather Locklear fall in love in this movie? Yes, is the answer. If you can not get behind this incredibly ludicrous campy film, that last sentence should serve as a barometer. If you are not thrown off by what I just said, this movie may just be your cup of tea..

The main reason to watch the movie is how over the top the movie becomes. One of the best scenes involves a fight between the blood sucker and Swamp Thing in a trailer park. The trailer park has everything in it explode in a gratuitous style that I could not have enjoyed more. It does not really make any sense that a couple people fighting would cause an entire trailer park to explode, but it made me giggle like a child as it happened in the film.

The final twenty minutes of the film are lots of fun as Swamp Thing attempts to save Abigail from Arcane’s laboratory. That said, even at eighty eight minutes, this film feels like it was a little bit stretched out. It is so dumb in parts that it can make you look at your watch, but then it will redeem itself with some affably dumb action scenes.

As far as performances go, this film is chock full of some of the most ham-boned acting imaginable. Heather Locklear sinks her teeth into her role and is fun to watch on screen. More enjoyable is Joey Sagal as the chief henchman of Dr. Arcane. He says some amazingly bad one-liners and actually utters the phrase “Shit, dude!” as the final words of his character. That is some writing I can get behind. Every time Gunn was on the screen I found myself liking the film more. Louis Jourdan (of Octopussy fame) is fun as the deranged Doctor. The film also features the beautiful scream queen Gabrielle Monique in a minor role.

Overall, this movie is good clean idiotic fun, but it will only appeal to film collectors that are into truly campy films. This film is also pretty safe to watch with your kiddos. A rental is advised prior to a purchase.

MVD Rewind have provided a good-looking transfer of the film using an MPEG-4 AVC codec of a very competent 2K restoration from the original camera negatives. This release reminded me of the look and feel of Arrow’s Return or the Killer Tomatoes Blu-ray from a couple years ago. All of the goofy looking special effects give the film a vibe that would fit in on Saturday morning cartoons. I did not notice any compression issues and a fine grain is present in the presentation. Fans of the release will be glad to see that the film has never looked better. The image is anything but “swampy.”

An English LPCM Mono Track from the original recordings and a Dolby Digital 5.1 track have both been provided. Given that this film is an action film from the late Eighties, the sound is like you might expect with hilarious canned action effects. The surround track effectively opens up the musical numbers, including the Creedence Clearwater Revival track that bookends the film. I would recommend the surround version over the mono, but both tracks sound pretty good.

Return of Swamp Thing is extremely campy. That will either be a good thing or a bad thing depending on the audience. Personally, I think the film generated enough chuckles from me to be worth at least a rental. MVD have provided a very good looking video transfer and solid audio. The special features are good and with two audio commentaries are pretty extensive. Fans of the film should be very pleased with what MVD has offered here, while newcomers to the film may want to rent the film prior to a purchase. 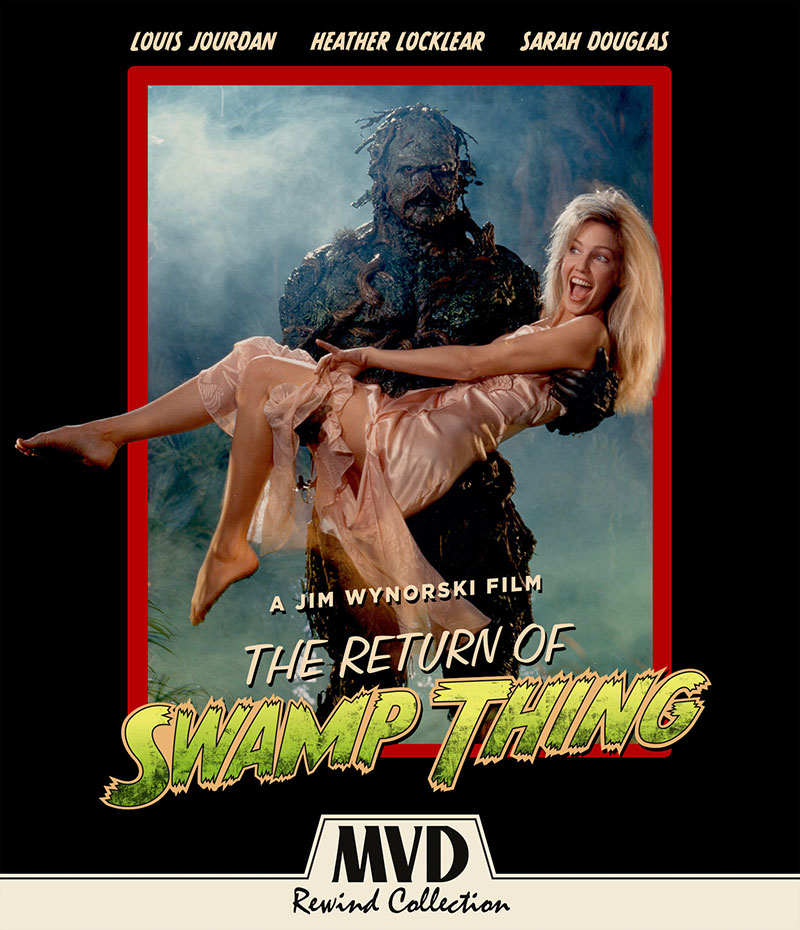