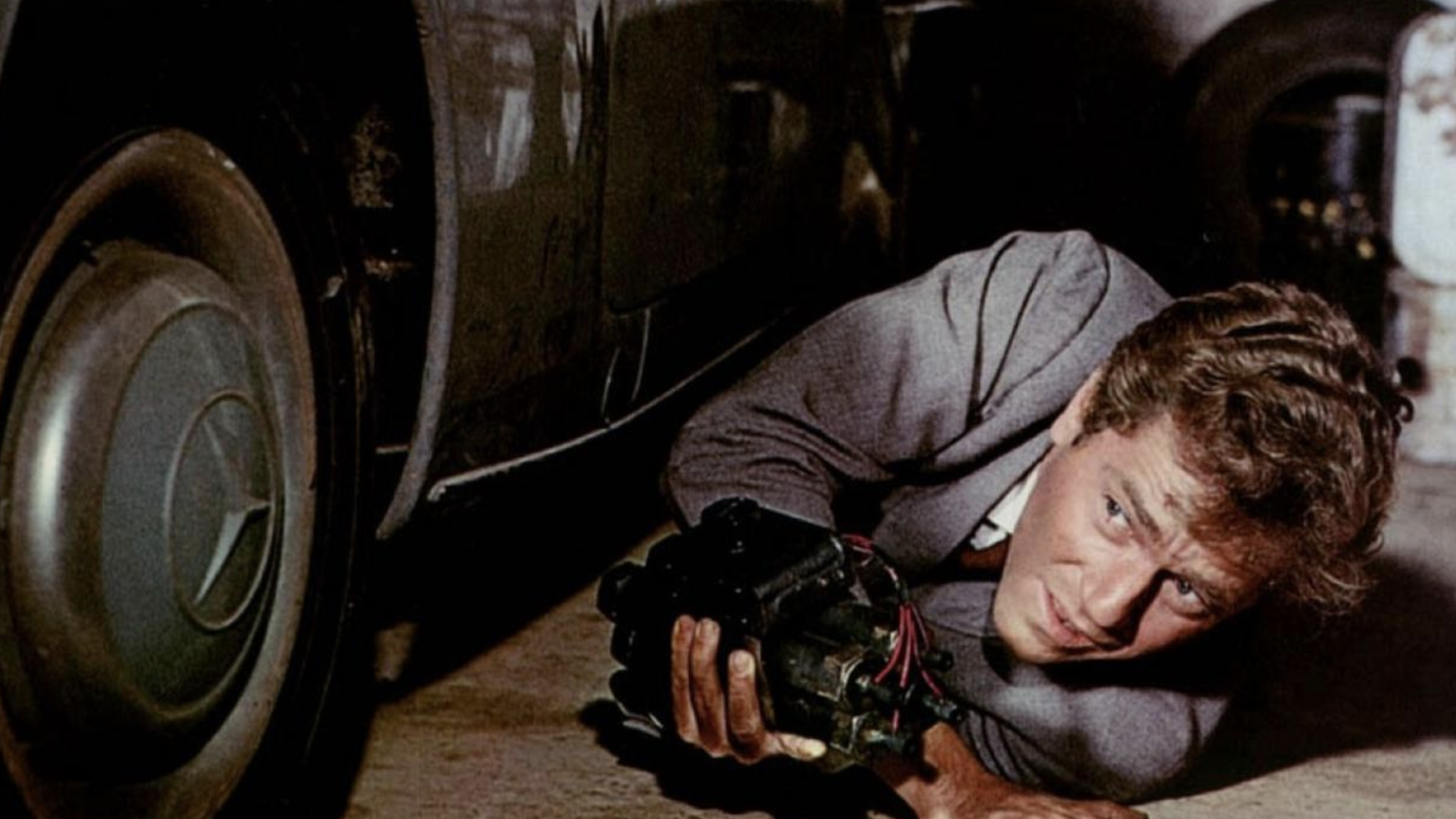 Boutique distribution label Twilight Time recently acquired distribution rights to the 20th Century Fox film The Quiller Memorandum starring George Segal, Alec Guinness, and Max Von Sydow. Based on the espionage novel by writer Adam Hall, the film was adapted by noted playwright and screenwriter Harold Pinter. Directed by Michael Anderson and featuring a score by John Barry and cinematography by Erwin Hiller, the film has one of the most talented crews imaginable. In cards, this is the proverbial stacked deck. The results are a thinking man’s espionage thriller that should please fans of more cerebral spy films.

Berlin – A man in a suit walks slowly down an empty street to a phone booth. As he begins to dial a number, he is shot in the back. Pol (Alec Guinness) and Quiller (George Segal) meet at the Olympic stadium. Quiller, an American, has been on vacation and has been sent in courtesy of London. Pol let’s him know that in Berlin they are dealing with a dangerous Nazi element called Phoenix. The last two people that were assigned to the case were murdered (including Agent Jones in the phone booth.) They want Quiller to take over the operation and locate the Nazi headquarters. Pol recommends that he allow some coverage so that he does not end up like Jones. After the meeting, Quiller loses his cover, and then meets up with his coverage. He is given some locations that Jones had visited and, with these articles in hand, he begins his investigation. At each place he introduces himself under a different name and premise. At a school, posing as a journalist, he meets a teacher, Inge Lindt (Senta Berger.) She gives him some information and they go back to her place for some tea. After leaving there,

Quiller is drugged and taken by some Nazis to meet their leader, Oktober (Max Von Sydow.) They begin to inject Quiller with drugs and interrogate him. Quiller will need to use all of his wits and talents to succeed in his mission.

I am essentially the perfect audience for this type of film. I love spy films and novels. Ian Fleming and John Le Carré are two of my favorite novelists. It seems that the script by Harold Pinter is somewhere in between the sensibilities of those two novelists. There is the seriousness that I would associate with a Le Carré novel and there is a little bit of the banter of a Bond novel. The comparisons don’t end there. The score is by John Barry who popularized the James Bond theme and was the principal composer on the Bond films for generations. Like the Le Carré novels, there is very little violence on screen – Quiller does not even carry a gun – instead, he relies on his wits.

The film is definitely clever. The movie pivots between bouts of silence and chatty moments. All of the suspense is based around the dialogue in the film and it is delivered by some powerhouse actors. In my favorite scene of the film, Alec Guinness gives a speech using breakfast items to describe Quiller’s predicament. It’s a great speech and a testament to the screenplay by Harold Pinter.

The Quiller Memorandum is a great excuse to watch George Segal, Alec Guinness, and Max Von Sydow in a film together. All three are great in the film and it really makes you wonder why George Segal was not cast in more espionage films. It’s a shame that he didn’t get to return in any of the Quiller sequels. This is largely because the film was roughly $25,000 shy in rentals of breaking even.

Filmed in Panavision in West Berlin and Pinewood Studios in London, England, The Quiller Memorandum is a stunningly shot film. Erwin Hiller did some incredible work on the film and I loved every minute of it. Architecturally the film is very interesting and will please the most jaded cineaste.

20th Century Fox provided Twilight Time with an exceptional brand new 4K transfer of the film in 2.35:1 aspect ratio with an MPEG-4 AVC encoded image. Erwin Hiller’s cinematography in Panavision is beautiful. From the Olympic stadium to indoor swimming pools to the top of a skyscraper in the heart of Berlin, there is so much to look at. I found myself constantly wowed by the imagery as I watched the film on my 4K television in my UHD player. The transfer has excellent clarity and color reproduction. I did not see any signs of DNR and the print seems to be in great shape. This movie looks fantastic in high definition.

Twilight Time have provided a great sounding DTS-HD MA Mono track. The film features a score by iconic composer John Barry. Fox are some of the best in the business in the audio department and this track is essentially crystal clear. Fans will be pleased.

The Quiller Memorandum is a distinct and enjoyable spy film with a lot to enjoy. With great performances, great cinematography, and a score by John Barry – this movie is a no-brainer to add to your collection. It is a spy film that rides the divide between the Bond films and The Spy who Came In From The Cold. The brand new 4K transfer that Twilight Time has provided courtesy of 20th Century Fox is exceptional. You should buy this one before it sells out