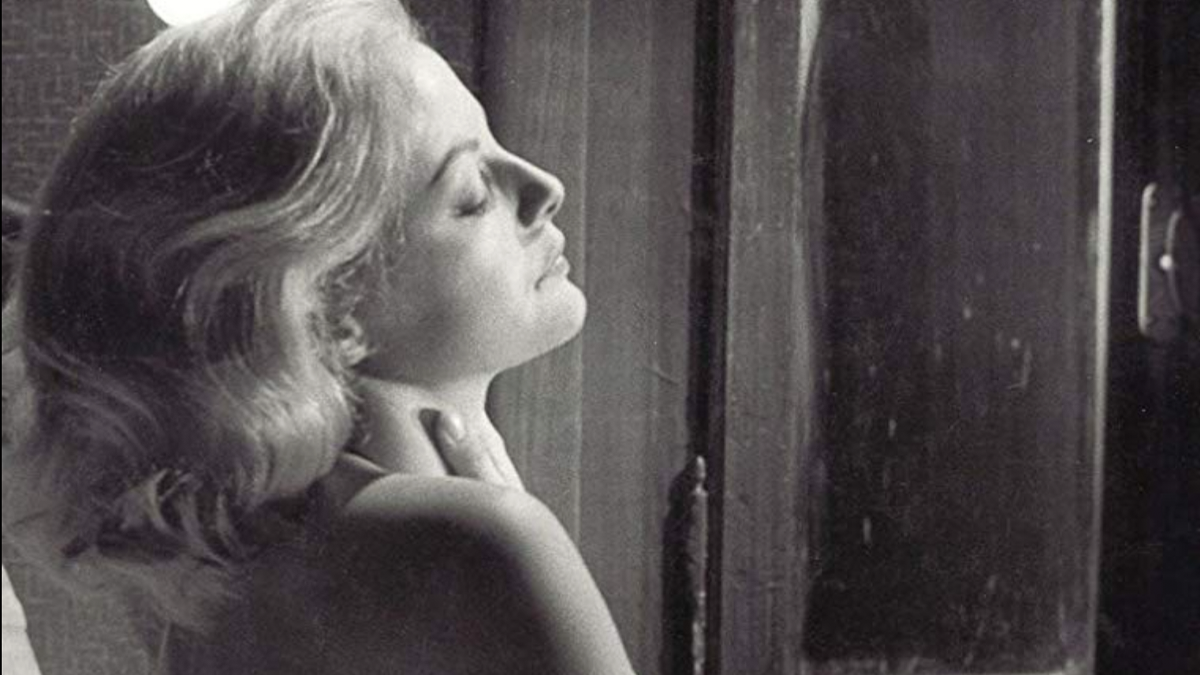 Arrow Films has introduced me to a few directors that I may have missed without their help. One of the best directors I have discovered through their recent releases is Luigi Bazzoni. I have only seen two of Bazzoni’s films thus far, but his work has stunned me in both cases. Unfortunately, he was not a prolific director. He only has six full length features to his credit. Out of those six, only three have come to Blu-ray. I hope in the coming years we will see the other three make their way to the format, but for now, we can all revel in watching his beautifully realized film The Possessed.

As the film begins, successful novelist Bernard (Peter Baldwin) is broken up with over the telephone. He drives out of sadness to a hotel near the lake that he had visited a year prior. He had many memories of the lake from previous vacations there while growing up. His hope was that he would encounter a beautiful blonde maid that had worked there the previous summer named Tilde. He also hoped that he could write a novel there while clearing his head. Looking in the coat closet, he is relieved to see Tilde’s coat. In town, he is surprised to see a woman wearing her coat, but not Tilde. Perplexed, he speaks to the hotel owner, Mr. Enrico (Salvo Randone,) that evening. Mr. Enrico lets Bernard know that Tilde had committed suicide by consuming poison in December. Bernard, that night, remembers how he had followed Tilde and watched her making love to someone through a hole in the door. The person had been obscured by the door. Jostled awake, Bernard hears an old man outside the hotel cursing the hotel screaming “Damn you all!” The next day, Bernard speaks with his newspaper reporter friend Francesco who lets him know that Tilde has not just been poisoned. She had died from a knife wound to the throat, which made the suicide seem all the more strange. Francesco then shows him that Tilde had turned in some photos a few days before her death. In one photo, she appeared to be pregnant. The knife which killed her had belonged to Mr. Enrico. Hearing all this, Bernard begins to investigate all the circumstances that surrounded Tilde’s mysterious death.

The Possessed was originally named The Lady of the Lake or La donna del lago. The film was based on a novel by Giovanni Comisso which was based upon an infamous crime that had occurred in Italy. The screenplay was adapted by Giulio Questi, Luigi Bazzoni, and Franco Rossellini. Rossellini is related to the famous director Roberto Rossellini and his career as both a writer and director ended with this film. As is speculated in the special features, Rossellini actually had nothing to do with the film aside from attaching his name to it. Luigi Bazzoni went on to direct the classic giallo The Fifth Cord and has been praised for his few great films he made.

Bazzoni had some chops. Stylistically, The Possessed is incredible. It has a dreamlike quality where it intentionally will confuse the viewer through jumpcuts that make it hard to tell if the writer has experienced a dream or if it is the next day. It’s an effective storytelling technique which is made more impressive by not becoming tiresome. The black and white cinematography by Leonida Barboni is gorgeous. The imagery has a real ability to make you feel the setting. The lakeside setting in the off season is felt in every frame of the picture. It is hard to think of many pictures that achieve a similar effect.

The soundtrack by Renzo Rossellini is perfectly pitched, blending the sound of the wind coming off the lake with the light notes of the music. It is eerie and reminded me of the soundtrack from Carnival of Souls at times, while also reaching to the heights of a Bernard Herrmann score at times. It’s pretty fantastic.

The film is atmospheric, paranoid, and thrilling. The acting is also pretty strong with great central performances by both Peter Baldwin and Salvo Randone. It’s excellent filmmaking. It’s an art film wrapped up in a thriller. It is an Italian mystery that owes a lot to Henri-George Clouzot’s work, and is all the better for it. I truly loved this movie, and highly recommend checking it out for yourself. I would bet that you will not be disappointed.

The new 2K transfer provided by Arrow Video looks gorgeous. Here is what the booklet details:

“The Possessed (La donna del lago) is presented in its original aspect ratio of 1.85:1 with Italian and English mono audio . Scanning and restoration work was completed at L’Immagine Ritrovata, Bologna. The original 35mm camera negative was scanned in 2K resolution on a pin- registered Arriscan. Thousands of instances of dirt, debris, scratches, picture instability and other instances of film wear were repaired or removed through a combination of digital restoration tools and techniques. THe mono Italian and English language tracks were remastered from the optical sound negatives. The audio synch will appear slightly loose agains the picture, as the film’s dialogue was recorded entirely in post-productions, as per the productions standards of the period. During a dream sequence scene at approximately 34 minutes during the English version, the synch is noticeably loose, but this is as per the original release prints.

The film was graded on Digital Vision’s Nucoda Film Master at R3Store Studios, London. A separate English language 35mm print was sourced from the VGI Archive for the English title sections.

All materials used in this restoration were accessed from Surf Film and the BFI.”

The stylistic flourishes of this film rival the amazing work Bazzoni performed with Vittorio Storaro on The Fifth Cord. The film is as informed by the Italian new wave as it is informed by film noir and the films of Henri-George Clouzot. This is a beautiful film that really shines on the format. Fine detail is very good. There is the finest level of grain. Fans are going to be excited to see how great this film looks.

This release features two tracks – English or Italian LPCM Mono. I listened to the Italian track and found no issues that deterred from my enjoyment of the film. There was not an abundance of hiss in the presentation and I thought the dub bing was pretty well done. That said, the English dub is not nearly as convincing (to me) as the Italian dub, so be weary of that. I like how the music my Renzo Rossellini can at some points be light and strange and at other points fall into a rhythm closer to a Hitchcock film. Stick with the Italian track and enjoy.

The Possessed is an amazing film. Very few films can match its ability to convey a setting. It’s an atmospheric masterpiece. I strongly urge you to watch the film in the Italian format so that the nuances of the film are not lost due to the dubbing. This is one of my favorite discoveries of the year and it has already been a great year. The transfer of the film is beautiful and will please fans. The supplements are solid and include a great interview with one of Bazzoni’s closest associates. I highly recommend seeing this film for yourself. You will want to thank me later. 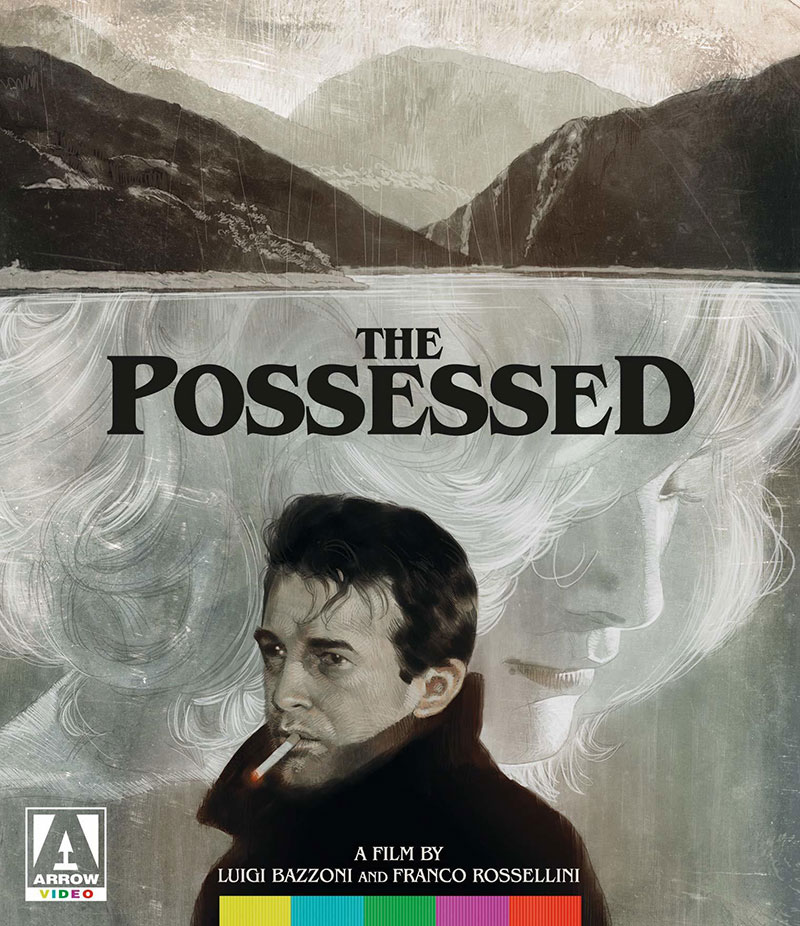