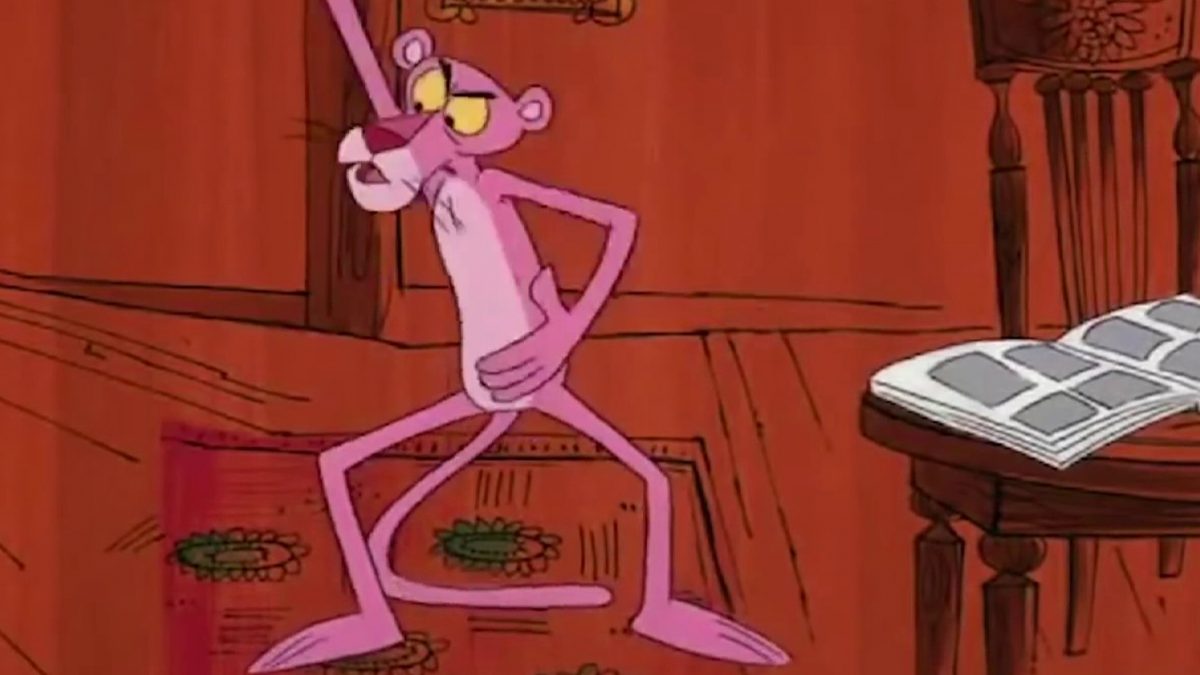 I always look forward to the next Pink Panther set even if I don’t always know what to say in a review. It’s not a difficult topic mind you, but after you discuss what to expect, the brief (usually around 6 minute) episodes kind of speak for themselves. The panther doesn’t speak outside of grunts and a hiss here and there. The animation is simple and so are the stories, but that’s so fine. The simplicity is what makes the shows so great. Thinking back on previous volume sets, this one isn’t quite as strong as those, but it still is a must-own for fans of the cool, silent cat. It’s just not quite as amusing as those that have come before. There are 22 episodes found in this set. Some segments are better than others, but their brevity makes them easy to down a few in a single sitting or view them as you wish.

In this volume, we get segments from 1971-1975 with plenty of fine visual gags and the expected simplicity we can expect. I just don’t think this sits up there with the greatest the show has to offer. One of the commentaries on the disc touches on the long break in episodes found in this set. One segment, Pink 8 Ball finished the 1971 run before the episodes resumed in 1974. This might explain why these episodes didn’t make as much as an impression on me as before. The time off might’ve been longer than necessary. Still, it’s hard to nitpick too much as it’s just so hard to be too harsh on the segments.

This volume contains the following segments:

While the animation is simple, these still look quite nice in HD. Colors are all sharp and accurate and the prints for each have been cleaned up nicely. We do get some of the usual specks and flaws on occasion, but I’ve grown accustomed to that by now. It’s never too problematic. The segments are AVC encoded with a 1.33:1 full-frame ratio. Fans should be pleased with the results here.

What we mostly get is the music since our lead character is silent. There are a few bits of dialogue, but mostly the music sets the tone. We’re treated to DTS HD 2.0 tracks that work as well as they should given the source material. The clarity is there and the results for each segment are strong.

While not as strong as previous volume sets, there are still a lot of enjoyable moments found here. For Panther fans and collectors alike, adding this set to your collection should be an easy choice.