I’ll confess that while I was always vaguely familiar with the Peanut gang, it was never something I watched often. That isn’t to say I wasn’t a fan as a child, I was just very neutral to it. I bring this up because I had little expectations going into this movie. It received mostly positive reviews with the only real negative being that it sticks close to the formula. That it plays it fairly safe, if you will. That must be a challenge when approaching long loved material and making a feature film out of it. Do you stray from the formula to try and earn new fans, or do you give the diehard fans what they want and expect? This chose the latter. As mentioned, I had no expectations, but most fans should appreciate the respect to the source material. I recently reviewed the latestAlvin and the Chipmunks film and this was a nice change of pace. While I think the final product here is passable, it’s great to see a family film that all can enjoy. This is a very clean film free from the typical lowbrow humor found in a lot of modern family films.

It’s a snow day and that means school has been cancelled for the day. We follow the various characters as they wake up to this day with plenty of excitement. Charlie Brown, in particular is excited to finally try and fly his kite. Charlie is excited when a new girl moves into the neighborhood. He doesn’t want her to know he has a crush on her, and we follow his various endeavors. Let’s not forget about Snoopy. We get plenty scenes of him as well as the various other popular characters from the comic strip and TV specials. There’s really nothing new here, but I imagine most fans will just be delighted to see these characters again. It might also garner some new fans as well. When all is said and done, it didn’t do a whole lot for me, but I am simply not its intended audience. I respect the film more than I enjoyed it, but it’s also not something I’d revisit.

We get an AVC encoded 185:1 image that’s quite pleasing to the eye at all times. The colors and details are always sharp and appealing as well. There really weren’t any obvious flaws with this transfer, so that makes this an all-around winner. Fans will be delighted.

We get a solid, if unspectacular DTS HD track. This isn’t an overly aggressive film, so don’t expect the soundtrack to be that way. Most of the action comes from the scenes with Snoopy and the red baron. Still, it serves this film as it should and fans will enjoy it.

I admit that I am not the intended audience for this particular outing, but for long time fans, it delivers what you might expect. The Blu-ray disc includes quality A/V and a wide selection of features. Recommended for fans. 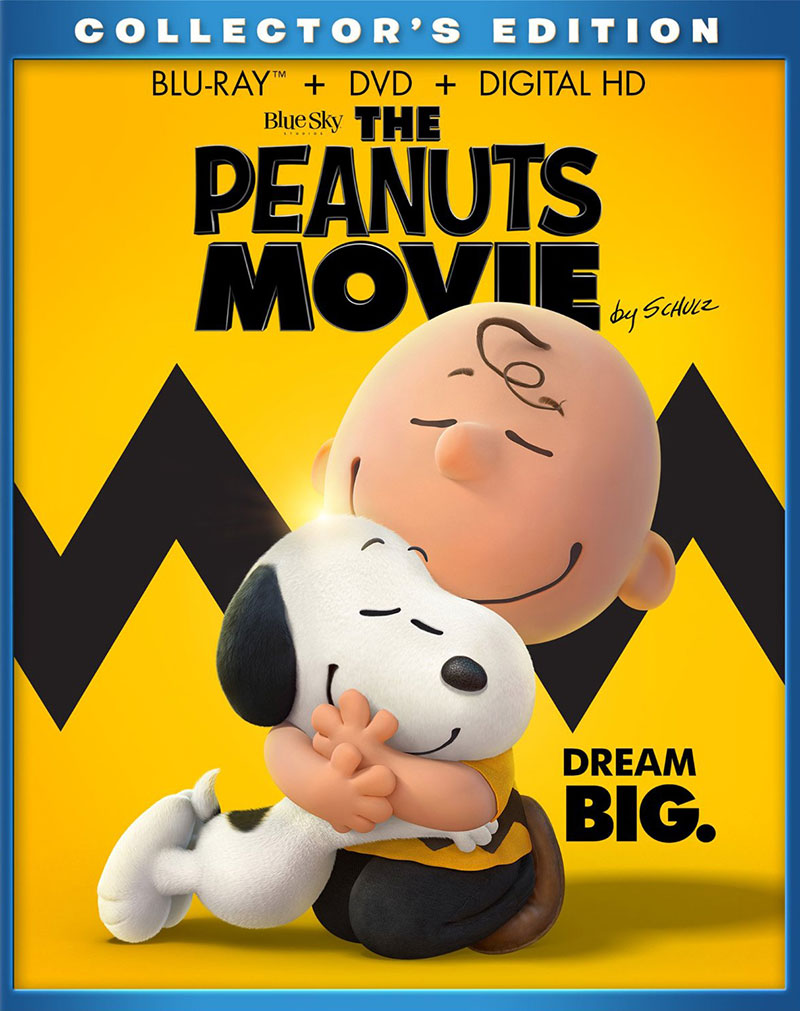