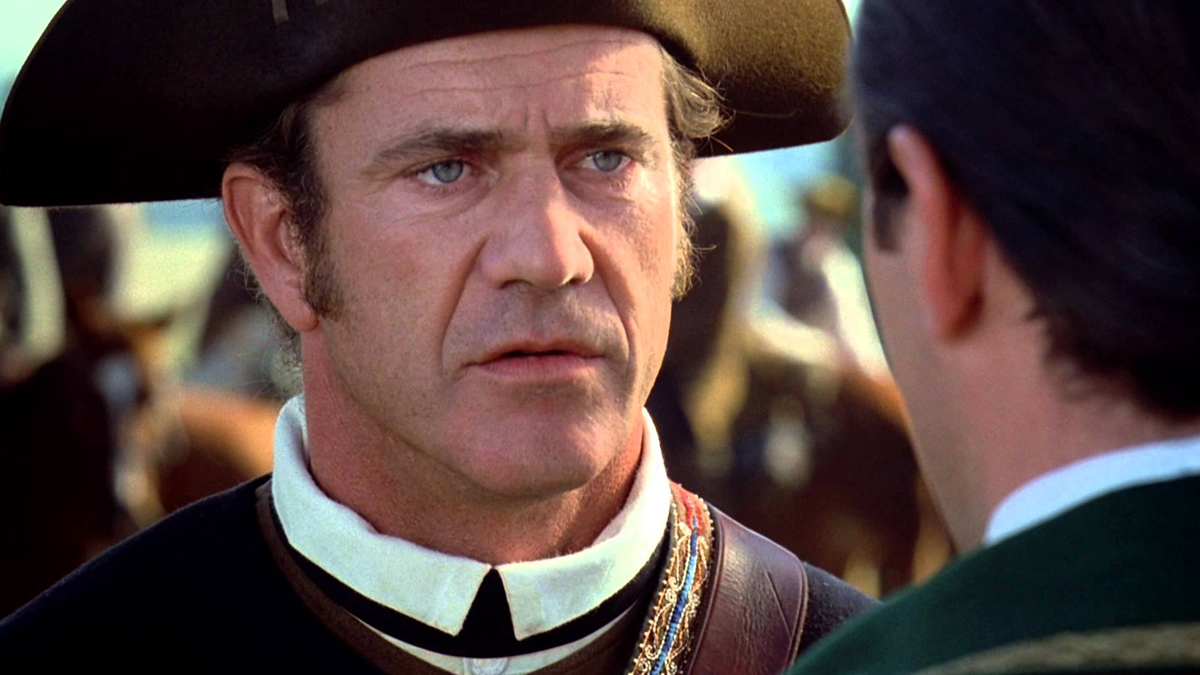 Benjamin Martin (Mel Gibson) has served his time in military action, but he has no wish to return to his warlike ways. He has lost his wife, but still has several children to tend to and has no intentions of leaving them fatherless. But his oldest son, Gabriel (Heath Ledger) wants to be right on the front lines and enlists even without his father’s consent. Soon Gabriel returns home, though this time he is wounded and is mere hours in front of a massive battle. The battle spills right into the Martin’s property and when morning comes, the cruel Col. Tavington (Jason Isaacs) of the English army arrives and orders the death of Gabriel for carrying papers to American forces. As if that wasn’t enough, Tavington also kills a younger son when he tries to intervene and this drives Benjamin over the edge. He soon rallies his remaining sons, takes arms, and heads out to free Gabriel. After this mission works, he joins up with the American forces and works to amass a civilian team to hold off the English forces until the French arrive. But this is a personal mission as well and by the time the war ends, either Benjamin or Tavington will be dead by the other’s hand.

I am a sucker for period movies and since I also love action films, The Patriot seemed like a perfect match for my tastes. As it turned out, it was a good match and I viewed The Patriot more than a couple times at my local theater. I had a lot of fun with this movie and I think the action and emotional content rival that of any movies of this ilk (i.e. Braveheart or Gladiator). The acting is more than adequate, the battle sequences flat out rock, the production design is epic in scale, and simply put, this is a massive movie that offers a nice ride. Some people complain about “historical inaccuracies,” but then again, this is a MOVIE and not a documentary. Last time I checked, you sometimes need to suspend disbelief at the movies, this being no exception. If you want total realism, I happen to know that A&E offers some excellent documentaries about this subject matter. If you want an action packed movie with an epic backdrop, The Patriot will more than satisfy your needs.

Although this role is much like another he has played, Mel Gibson still delivers a powerful and gripping performance in this movie. I never thought of his work in Braveheart and though they are similar, both remain distinct and different in a lot of ways. We see him in the battlefield a lot, but here the focus seems to be on his personal side, which works out very well in the end. We saw a lot of emotion from him in Braveheart, but I think he is more focused and impressive in this movie. I liked both performances and movies, but I like Gibson better in this film.

With all of the catalog titles in Sony’s vault, this one was bound to surface on 4K sooner or later. Sony has given the film a brand new 4K restoration shown in glorious 2160 lines of perfection. Flesh tones are right on the money, detail level is incredible and for those wondering, you’ll get to see all of the blood and gore in about as much clarity as you so desire. I really couldn’t find a single thing wrong with this transfer, it’s one of the best I’ve seen on the new format . Perfect.

It should be noted that the Ultra HD version is not the extended/unrated cut of the film, this is the theatrical version running at 164 minutes whereas the unrated version (Blu-ray) is 175.

The Patriot has now graced three different versions on home video with DVD, Blu-ray and now 4K and each instance I wouldn’t think that it could sound any better. I have once again been proven incorrect. Now we get the good stuff – a Dolby Atmos soundtrack. WOW! I very rarely have to turn down my speakers for fear of waking the neighbors but this is one of those instances in which I did and felt like I was cheating myself out of the whole experience. Every bullet, explosion and everything else in between sounds amazing. The sheer depth of the track is a testament to how good something on disc can actually sound. I was floored beyond belief as good as this movie looks, it sounds just as great. Amazing. Top notch. I need not say more.

Ultra HD discs have been known (in their short history) for not containing a lot of extras. This isn’t the case with The Patriot, which manages to include what was on the previously-released Blu-ray and even add a few new features. How cool is that?

War movies are nothing new, but those that center around the American Revolution are fairly uncommon. This is perhaps one of the best, if not the best one. Gibson and the late Heath Ledger are in fine form. The real star of the show, however, is the visual presentation of this 4K disc. It both looks and sounds better than most all Ultra HD movies I’ve seen. Add to it that new supplements have been included and you’ve got yourself a winner. 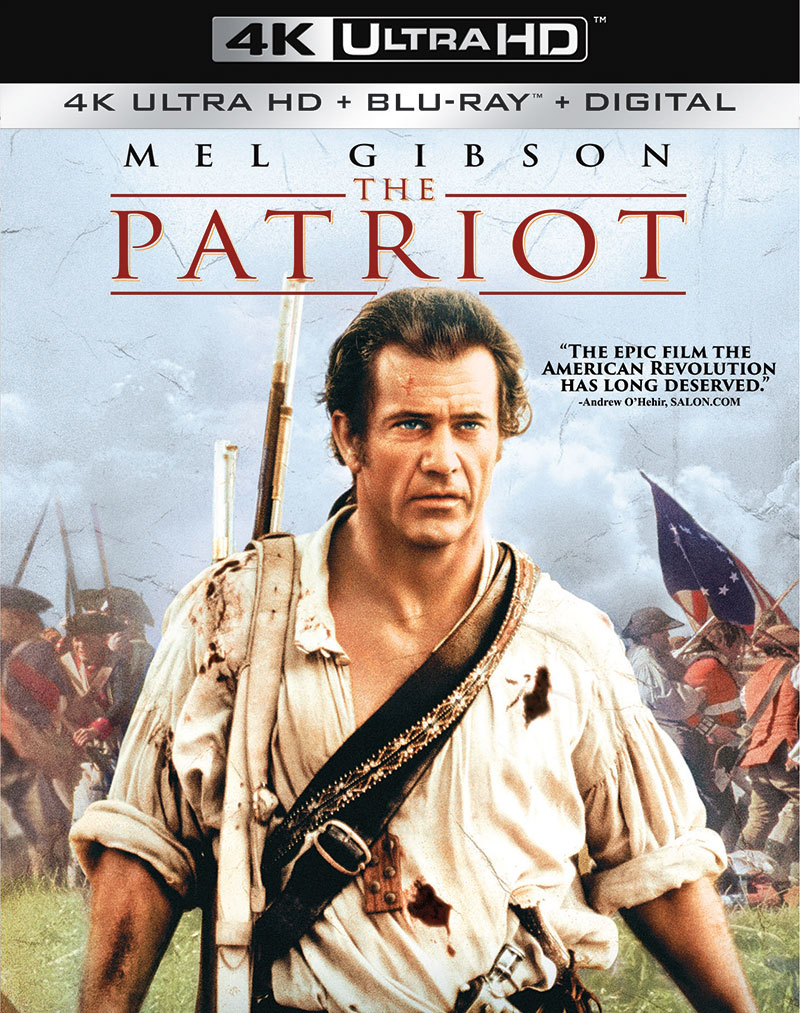