Before Charlton Heston went through a village full of apes with nothing but a loincloth begging them to take their “stinkin’ paws off”, there came another stripped down tale of survival a few years earlier at Paramount. One that was a take on an old tale of a person being hunted down by a group and using any means necessary to survive while this group is on this Man’s trail. It’s a tale of caution and suspense in Africa. It is the tale known as The Naked Prey.

A group of natives are being escorted on safari by two men in the African jungle. Everything seems to go as planned until a fellow group comes to offer themselves in friendship and expectance of some charity. When this charity is rejected by a foreign man, this leads to a one time friendly group to become evil beyond means necessary. One rest stop, three men get caught up with until one only known as MAN (Cornel Wilde) gets the daring of being outrun when in fact he not only outruns a native but turns the tables on that fast individual and thus starts a chase between one with very little clothes and a group just itching for blood although this one MAN has many obstacles to overcome within this wildlife where the sun rises and sets and animals are eaten and at each other’s throat.

Cornel Wilde’s approach on the Most Dangerous Game plot works from the unique title cards to its most intriguing end. The film is not afraid to show its predatory ways amongst both the animal world and the human world. Each has a side, each has obstacles and a chosen few will survive, but what chosen few remains as the viewer watches this short and sweet epic that tells its tale visually and with very little dialogue which makes the sole Oscar nomination for this film quite ironic.

In addition to Cornel Wilde as actor and director, there is no known actors now at that time throughout this entire film which also is accountable to smart casting and Wilde and company carry it out through the vicious African homeland down to the little jungle moments in between and mixed in with separate animal footage that can be seen as a mix of survival and nature footage to make this one film about how a little thing can cause a lot of carnage in the baking African sun.

Through the entire film, the audience know nothing of the natives and nothing of the men brought in to travel via safari with him. This lack of development helps the film for it could’ve bogged down the short length of the film and with the ambiguity of the drama between tribes, the less we know the better. Above it all the sixties had many different kinds of cinema and The Naked Prey represented one of its hallmarks in cinema for there was a lot for years and decades to come in stories of survival and the less is more approach and it’s done wonderfully.

The real draw of this Blu-ray is the new transfer, which is superior to the previously-released DVD in just about every way. The same source was used for another version of the movie for a 2015 release. In addition the Criterion crew have well preserved the sharp picture quality of the film that is full of day shots and very few sunrise shots and in their hands there’s hardly a speck of dust or debris in this excellent transfer.

The only audio track present is the PCM mono. And this track captures all the effects and score sharply and the environment of the African jungle. While there isn’t much dialogue, a gunshot, the rustle of the ground or the language of the natives can be heard even with the volume a few notches up. It’s not exactly a track of today but the mono’s track comes pretty close with its clarity through all channels. Another good sound track from a sixties film. This disc also has English subtitles.

Unless I’m missing something, this Blu-ray replicates the supplements of the 2007 Criterion version. Nothing new has been added, but nothing lost either.

The Naked Prey is a one-of-a-kind film that’s worthy of the praise it’s received over the years. Criterion’s Blu-ray looks better than its DVD counterpart and sounds a bit better, too. But if it’s new supplements you’re after, then this one isn’t such an easy recommendation as many other Criterion titles. 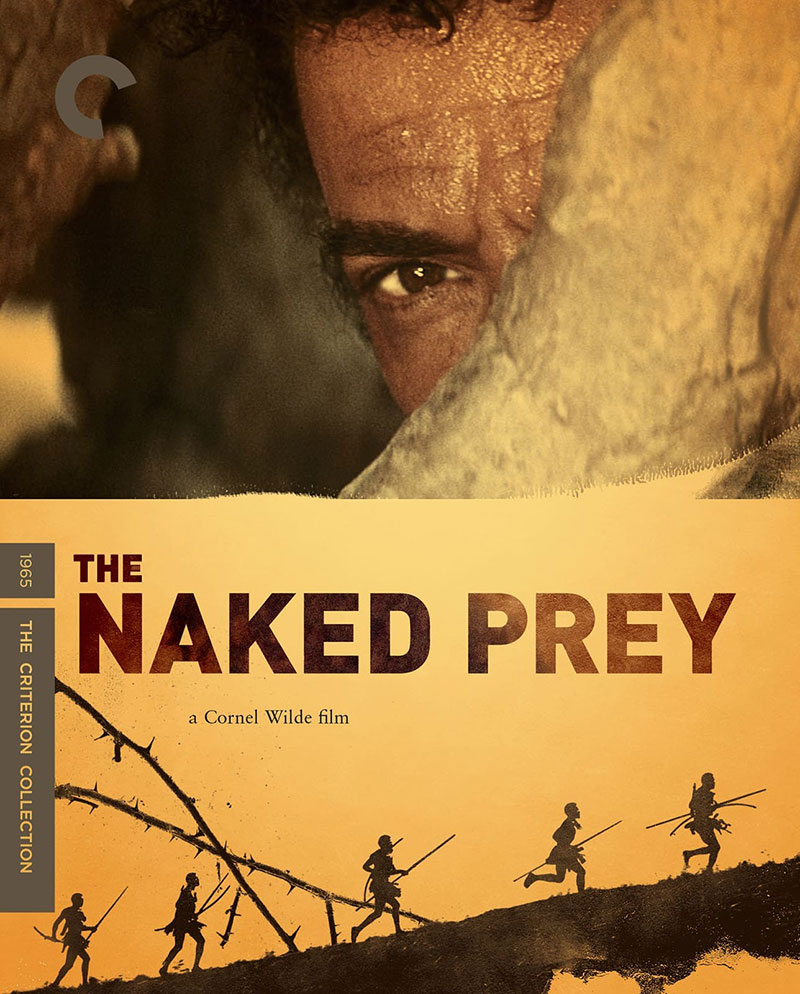