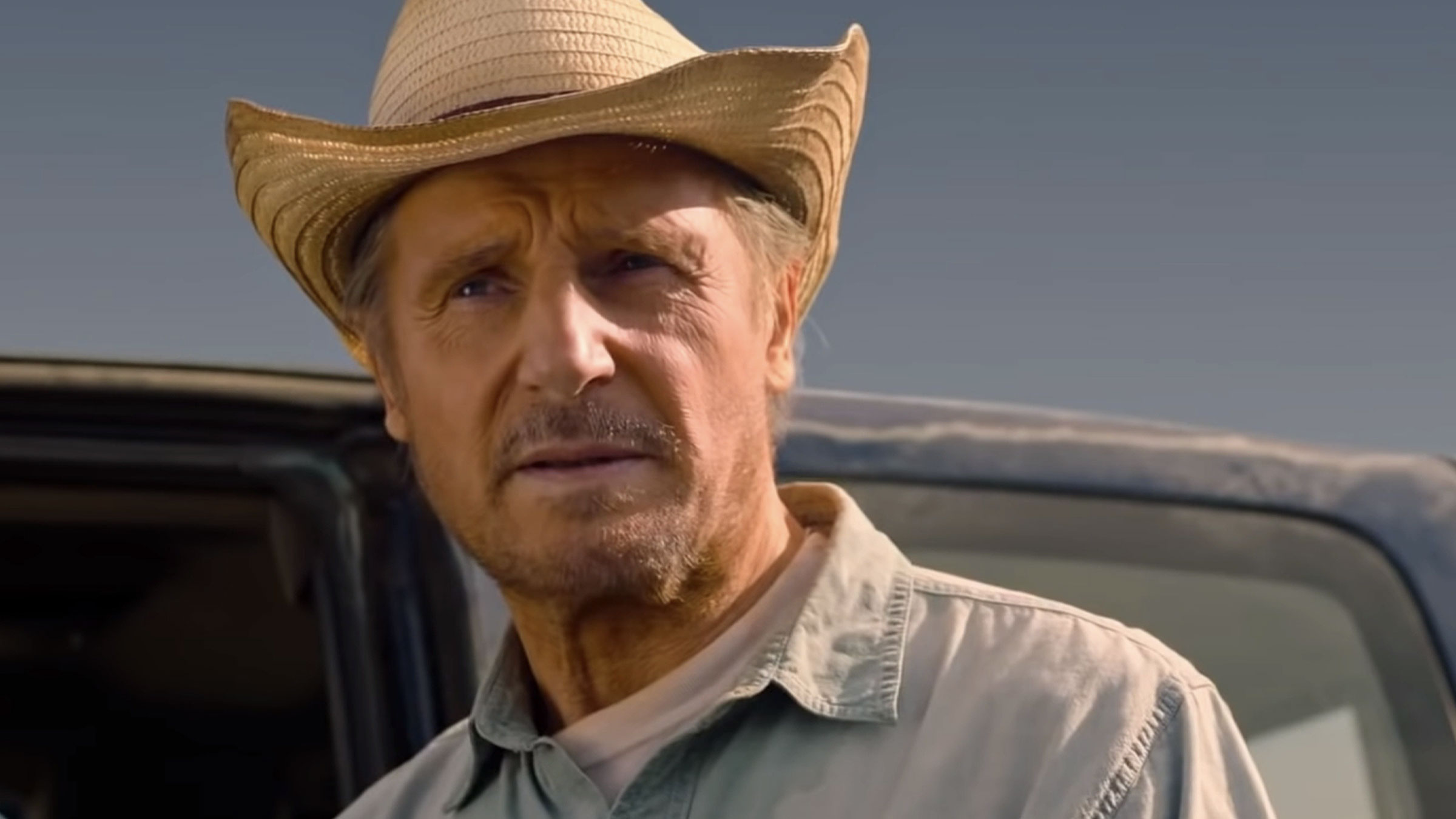 Let’s see if this sounds familiar. Liam Neeson says he’s retiring from action films. This is usually just before his next action film is set to be released. Yes, it’s something I think I have now written for the third or fourth time in a review. Regardless of why that comment is always said and why he continues to make action flicks is a story for another day. I will say that I am glad he does, because he’s still doing a pretty darn good job. Even if the films are not classics, we can usually count on some good, old school action to pass the time. I won’t say The Marksman is one of his better recent films, but it gets enough right to warrant a viewing. Of course this helps if you’re a fan of his, so keep that in mind before deciding to watch the film or not.

Rancher Jim Hanson (Neeson) is living a lonely life after his wife dies of cancer. Unfortunately, he is also in debt. With a foreclosure pending, he tries to find work, but is always given the runaround. We see that he is friends with some of the local authorities and spends his nights drinking at the bar. The story shifts for a bit to Rosa (Teresa Ruiz) and her son Miguel (Jacob Perez) as they attempt to cross into the US illegally. Rosa only decides to do this after her brother is killed by Mexican cartels. Jim just happens upon Rosa and her son and the trouble goes continues from there. There’s a shootout with some gangsters and this ultimately leaves Miguel and Jim left alive. From here, the film becomes something of a road picture mixed with some dramatic and action elements. Jim didn’t necessarily want the situation that has been put upon him, but he very much shows he cares about Miguel.

Being a big moviegoer, I actually saw Marksman theatrically and remember enjoying it enough even though I admit that it’s hardly in Neeson’s top 5. Being a bit more distracted on a second viewing, I can still say that my thoughts are more or less the same. It gets enough right, but the villain hardly registers, although he is at least threatening enough for us to fear his presence. I just hope for his next film that Neeson chooses something that’s not quite so downbeat. The film has some real life similarities as we see a lot of border crisis issues, but thankfully it doesn’t lay on the politics. It may still hit close to home for some viewers. That is just something to consider for potential viewers.

This is a bit unlike some of Neeson’s other roles in that it takes place “out west” so we’re treated to a lot more earthy tones. Blue skies, and a naturalistic look and feel look great in this 2.39:1 AVC HD encode. Details are strong, the print is clean and that’s what I’ve come to expect these days. The majority of the film is set on the train, so the image is at least consistently engaging.

The DTS HD Master Audio track is also engaging. Neeson’s trademark (and at this point, cliche) gravelly voice take front and center with some of the front surrounds offering a bit of atmosphere. Rear channels also get into the mix during a few of the more action-oriented scenes. Like the film itself, it gets the job done, but I found it nothing too terribly memorable.

Neither his best, nor worst film, The Marksman falls somewhere in that middle zone. It provides enough intense action (a heavy PG-13 I might add) to satisfy fans, but I feel some viewers will want either more action or less dramatic moments as this can feel like a heavy film even with the light plot. Rent it with caveats.