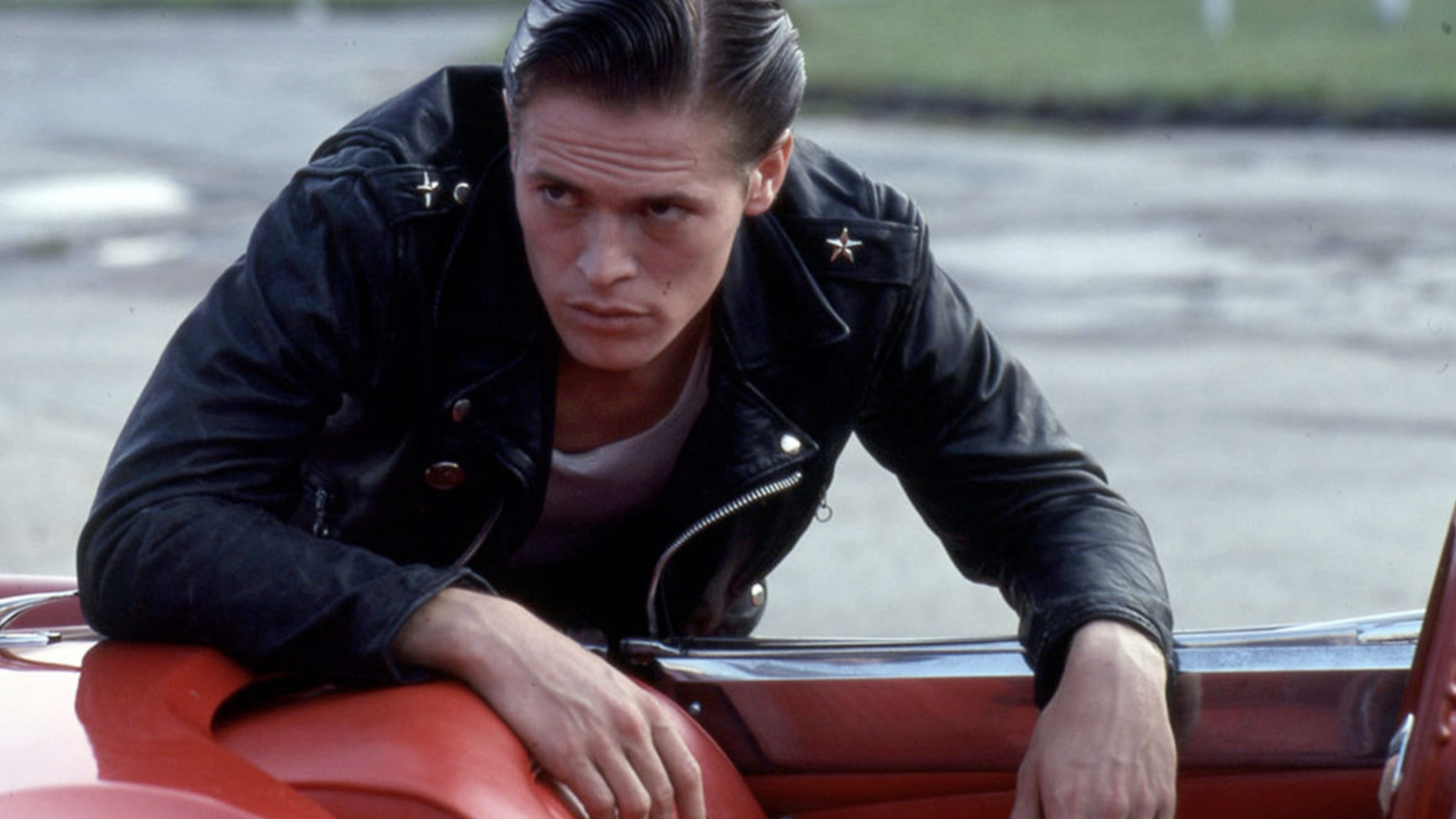 Every filmmaker starts somewhere. Kathryn Bigelow has crafted some of the most enjoyable action films of the last few decades with films including Near Dark, Zero Dark Thirty, The Hurt Locker, and my personal favorite Point Break.  Arrow Video has made it their mission to track down the best surviving elements of her first film The Loveless. It’s notable as being her first film and for giving a start in the business to actor Willem Defoe. She co-wrote and directed the film with Monty Montgomery. He went on to work as a producer with David Lynch on some of his projects, but never wrote or directed another film. I sat down to see how the film holds up thirty-eight years after its initial release.

The film opens with a voiceover monologue from Vance (Willem Defoe). He says, “Man, I was what you call… ragged. I mean, way beyond torn up. I wasn’t gonna be no man’s friend today. Been out of storage for about a year now. And to me, this endless blacktop is my sweet eternity. I knew I was going to Hell in a breadbasket.” As the film begins, Vance rides his motorcycle into a small Southern town. On the way into town he helps a stranded motorist by fixing her tires. He also dispatches her from some money while groping her once he finishes helping her. Vance is on his way to Daytona to see the cars roar. Stopping at a small diner, Vance meets a waitress named Augusta. Meanwhile, the rest of Vance’s motorcycle gang arrive. While they are hanging around the town, Vance meets a young female car thief (Marin Kanter) who drives a red corvette. They quickly begin a fling. Soon the town and the gang will collide against each other as the locals decide to remove their unwanted guests.

The Loveless is a mixed bag. The film is light on dialogue – heavy on attitude. This works for and against the film. It gives the film a cool aura but it also makes the film feel like it drags, even at 82 minutes. The characters in the film are interesting and all the actors give it their best shot, but the script itself just does not have much going on. Even the ending in which things actually do happen feels a little bit more like a sketch than a final draft. It reminds me of how some of Godard’s films have a certain allure but become forgettable because nothing much happens. To me, whether intentional or not, this is a bad approach to storytelling. I think that the film will be a hard sell except to people who are interested in the film to see two promising people (Defoe and Bigelow) get their start.

On the plus side, the film is atmospheric and has its moments. Willem Defoe proves that he was always capable of acting with his laid back and mischievous performance. He handles the role with ease. Bigelow also shows that she had a good eye. The camera angles are well planned and sharp. The movie looks good even if there is not much going on under the surface.

At the end of the day, I applaud Arrow for appealing to film collectors by releasing hard to find films from early stages of directors’ careers. Even though the results in this case are not going to blow somebody away, it is interesting to see how an artist evolves from their first feature. Kathryn Bigelow’s next feature was the classic Near Dark, so I am glad that she took away so many lessons from her first film.

The Loveless comes howling onto Blu-Ray with a brand new 2K transfer that looks pretty great. There are moments where the screen becomes pretty saturated by grain, but I felt like this was more of an issue with the source than the transfer itself. It’s really impressive how nice this transfer looks considering the story in the liner notes:

“The Loveless is presented in its original aspect ratio of 1.85:1 with mono audio. All restoration work was completed at R3Store Studios, London. The original 35mm camera negative was scanned in 2K resolution in a Scanity. Thousands of instances of dirt, debris, scratches, picture instability and other instances of film wear were repaired or removed through a combination of digital restoration tools and techniques. The mono tracks were remastered fro the original mag reels. The film was graded on Digital Vision’s Nucoda Film Master.

The restoration of The Loveless involved an international search for the original elements, which involved valuable assistance from many people, including the majority of the original filmmaking team. Thankfully, these materials were finally located with Augustus Color’s assistance in the Technicolor vaults in Rome.

This restoration has been approved by co-director/writer Monty Montgomery and director of photography Doyle Smith.”

I was really pleased with how well this transfer turned out. It looks pretty fantastic.

The Loveless is an interesting first film from director and writer Kathryn Bigelow. While the film has style, it lacks much depth. It did give the world Willem Defoe, so for that we can all be thankful. I think aside from the collectors who want to see how they got their start this film will hold little of interest. It is just a little too slow and too inconsequential to recommend highly. I still applaud Arrow for their efforts here. The transfer looks fantastic and the supplementary features are top notch. This is a great collector’s edition of a film that has debatable merits.