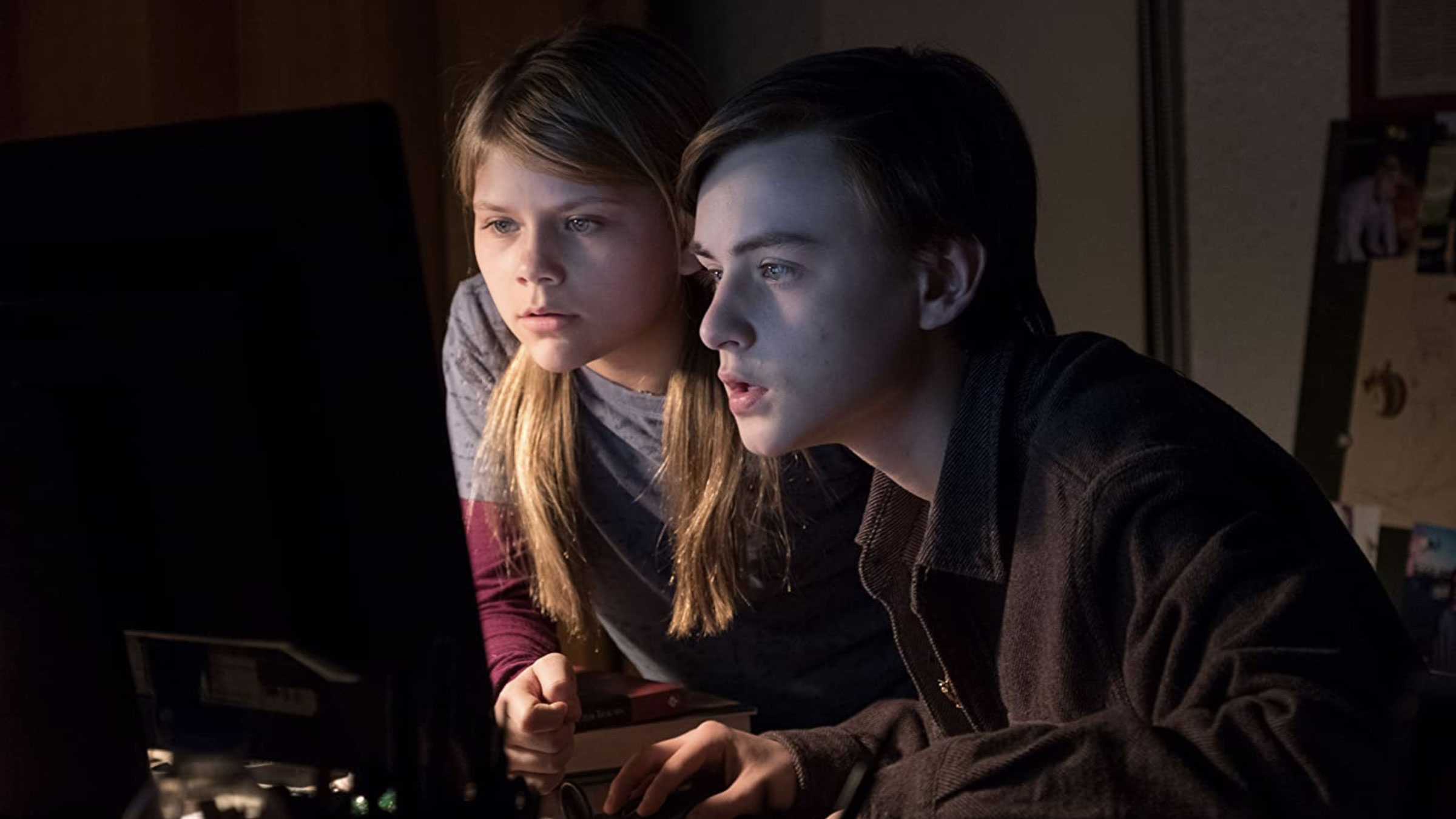 Not too long ago, my wife informed me that horror movies are now the most popular and profitable films made. I agreed. Well, it was in my best interest to agree, but after doing a bit of research she was right. Isn’t she always? Horror is on a comeback and some might say that it never left. But more the point, gone are some of the slasher type thrillers that were so prevalent in the 80’s and 90’s. There are no “Freddy’s” or “Jason’s”, it’s all about the psychological horror. You know, the kind that you can’t seem to shake after the credits roll? Recent films have employed this “new” horror style. I’m speaking of It Follows, Hereditary and Get Out. Some of these films draw the line between simply being entertained and being, well, scared.

We meet a pair of unhappy siblings, Aidan (Jaeden Martell) and Mia (Lia McHugh). Their father, Richard (Richard Armitage) has recently left their mother (Alicia Silverstone) for another woman, Grace (Riley Keough). Richard suggests that the kids spend a few days in the lodge so they can get to know and bond with Grace. Aidan and Mia don’t find this too appealing as they resent her. They eventually relent. Adding a bit more fuel to the fire is that Grace is the sole survivor of a religious cult, the other members having committed suicide. It’s here where we’ll leave off as to say much more would deprive the viewer of experiencing the film for themselves.

There’s a lot going on here and it seems that just when we expect what we think (or think we know) what will happen, it doesn’t. Is that the film playing with us or are the filmmakers just one step ahead of us? I suspect it’s a bit of both. I’ll wrap this up by saying that I’ve never been the most religious person. I don’t chastise those that are. If I could flip a switch and possess faith, I most likely would. But the film hints at the abuse of some of these religious cults out there. The power they have over their members is disturbing to say the least. At any rate, filmmakers Severin Fiala and Veronika Franz have crafted something truly original here. And by that I mean downright scary. For someone like myself who tends to look at the physical aspects of films and not get emotionally involved, this got to me. And it’ll get to you, too.

This isn’t (and doesn’t) use every color of the spectrum. It’s dull, drab and I want to say boring – though it’s not. The 1.85:1 AVC HD encode looks the part and with it being a modern film, detail is tack sharp, contrast is strong and I found no issues with black levels. What did jump out at me, though, is the lack of color and how well it was used. Let’s face it, the indoor of a lodge in the middle of winter isn’t exactly going to leap off the screen. The cinematography gives the indoor atmosphere a claustrophobic effect and make it seem as cold as it is outside. It works perfectly with the tone of the film.

There’s a plodding, very uneasy way that this film goes about its soundstage. And, like the film itself, it really works in getting the viewer involved in the film. Certainly there are moments when the speakers are engaged, but this is a very front-heavy track. Vocals are sharp for most of the time, but I found a few instances in which I found them a bit muffled. I’m willing to give the disc the benefit of the doubt and will say that it was intentional. Even a gunshot sounded more like a firecracker. That’s not to say that this sounds bad, in fact, I can’t imagine a more impressive and dimensional mix in recent memory.

I hate to talk (ok, type) in cliches but this is a “new kind of horror.” It’s scary, but it’s a psychological scary that really sticks with you. What your interpretation of the film is often is scarier than what it is you see on screen. Universal’s disc looks and sounds good, but it’s really a shame that the disc is featureless.