I tend to complain about the current state of Hollywood. The constant remakes, television shows turned into feature films and let’s face it, the super hero movies are getting a tad bit old (though, admittedly, I do enjoy them). So when a film comes along that’s totally original, I see it as a good thing. The world is a big place and there are a lot of talented people out there doing some pretty incredible things – film and otherwise.  Having only heard of The Lobster in passing, I wasn’t really sure what to expect. I received the press release and saw that it started Colin Farrell, John C. Reily and Rachel Weitz (who I always enjoy and had not seen in a film in a while). Looking at the Rotten Tomatoes score, I was intrigued and wasn’t sure what to expect when I popped the disc in the player. That and just reading the synopsis on the back of the box had me intrigued to say the least. While Colin Farrell might not be the box office draw he was a few years ago, he’s still a big name and for him to take a chance like this was saying something. So without further ado…

Set in a dystopian future (or on another planet?), The Lobster’s world revolves around relationships. In this world partnerships are valued above anything else and for those that lose their partner, for whatever reason, are encouraged to find another. How? The state whisks the singles away to a spa/hotel for 45 days and in that time you are to find a suitable mate, preferably one in which you share a commonality. If in that amount of time you don’t manage to find one you are to be turned into an animal of your choice. Yes, an animal. David (Colin Farrell) is a recent addition and isn’t quite sure what to make of things. He finds two male friends in a limping man (Ben Whishaw) and a man with a lisp (John C. Reilly). The man with a limp quickly finds a mate and after a rather unfortunate event with another, David escapes. Part of the duty of those at the “spa” is to hunt down the singles. They are granted an extra day for every one they catch. David, now a loner, finds someone in a short-sighted woman (Rachel Weitz), though the rules of the loners is quite different from those at the spa. Is David doomed to become the animal of his choosing (quite obviously – a lobster) or will he end up happily ever after?

There’s really no easy way to summarize this movie without divulging certain plot points. It’s told in a very unique narrative and one that’s easy to understand yet hard to follow – if that makes sense. In this world, it seems that despite the emphasis placed on relationships, no one can seemingly express themselves. I’m trying to connect the dots for an analogy, but I’m drawing a blank. And, admittedly, I’d not heard of writer/director Yorgos Lanthimos, but I think I will have to check out two of his other films: Dogtooth and Alps. The performances in the movie are top notch and it’s clear that sometimes less is more. In this world that lacks any sort of emotion, I was surprised at how it evoked my own. This is not your typical Hollywood movie by any means, but it’s refreshing to see something that does make you think and think outside the box. While it might not be for everyone, it’s one that stays with you long after the credits roll. I enjoyed it.

If you’re looking for a film that will encompass the entire color spectrum, you might want to look elsewhere. This is about as bland as they come, but that’s not to say it looks bad – not by any means. There’s a great measure of “artistic license” taken here, especially with some super slow motion shots that reminded me of Lars von Trier’s Melancholia (which I loved). That movie had it’s share of special effects, though, whereas this one has none. Still, the 1.85:1 AVC HD image, “bland” as it might be, looks tack sharp and really doesn’t leave a lot of room for disappointment. Filmed in Ireland, there’s nary a patch of blue sky to  be seen and though the bleak landscape looks crisp, I just felt that it added to the overall feel of the film. Several shots in the forest give a sense of depth, the hotel scenes reminded me of The Shining and I’d be lying if I didn’t mention a gentle nudge to A Clockwork Orange as well. Top it off with a pleasantly plump Colin Farrell and it’s a very understated, yet somehow “memorable” looking film.

The included DTS HD Master Audio doesn’t exactly pack the punch that some other films do, but vocals are crisp, clean and clear. Having just seen the film, however, it still resonates to me that not a single word of dialogue is uttered with any bit of emphasis on any word whatsoever (taking into account the context). “I love you” and “I’m going to kill you” are spoken in the same, monotonous tone. Odd. Then again, it does play into the aspect of the entire film.  There’s a weirdly odd score associated with the film during some cut scenes, an opera of sorts that adds an amount of eerie tension to the movie. I don’t really think directional effects of surrounds were used and if they were, it didn’t make an impression on me. While this isn’t a bad-sounding track, per se, it’s certainly unique – like the movie itself.

Sadly, only one supplement is included.

Prepare yourselves – this is a strange one. Some like films like these and others don’t. I have to admit that it might not be one I watch more than once a year, but it’s eerie enough to stay with you and it’s nice to see something completely and totally original.  The acting is top notch and if you’re one of those that likes/expects a nice ending that ties everything together, well…The disc offers up solid visuals and audio, though the lack of any real supplements might deter those from a purchase. 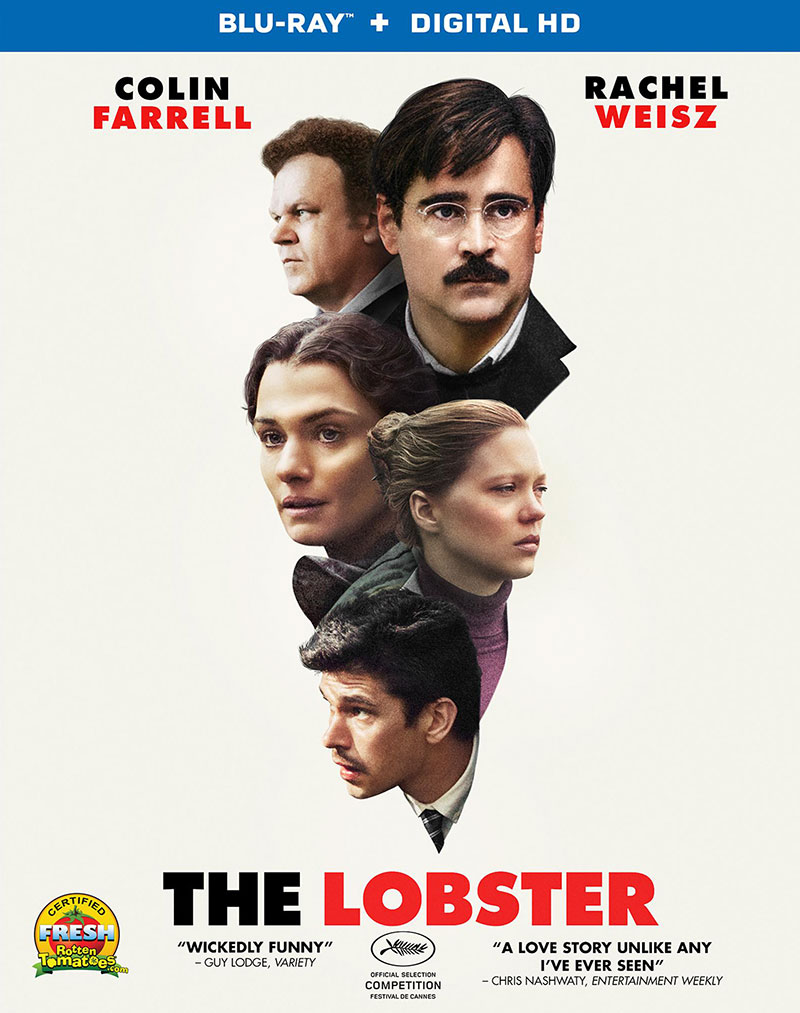