The Limits of Control (Blu-ray) 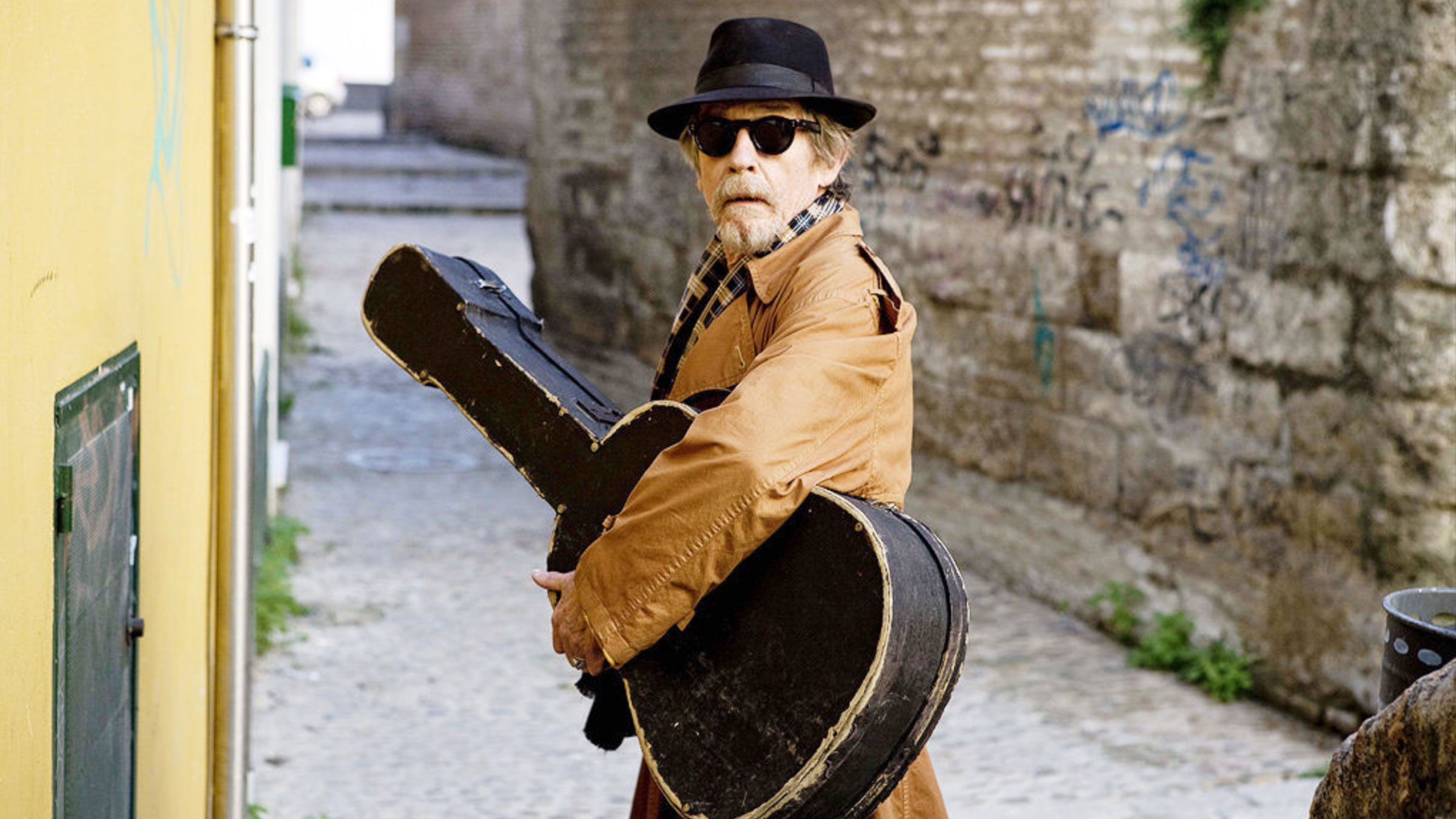 Jim Jarmusch is a strange and wonderful filmmaker. My first exposure to Jim Jarmusch was through the film Ghost Dog: Way of the Samurai. While the film at first threw me for a loop due to its ending, I was still engaged by what I had seen. As I began falling in love with the Criterion Collection, I watched a lot more of his films: Night on Earth, Strangers in Paradise, Midnight Train, and Dead Man. In college I went to see Broken Flowers in the theaters and really enjoyed it. I have a good memory of that day. When Focus Features first released The Limits of Control on DVD, I eagerly purchased myself a copy. I was so busy and tired at the time (our first child had just been born) that I never got around to watching the latter half of the film. Now ten years later, Arrow Academy has given the film a beautiful Blu-ray upgrade and given me a reason to revisit the film. I was excited to dive back in and see how the film appears a decade later.

The film begins with The Lone Man (Isaach De Bankole) receiving a job from a mysterious man in an airport. The job takes him to Spain where he is given messages through the exchange of match books while the Lone Man enjoys two espressos in separate cups. He visits art galleries, takes in some sights, and meditates. His mission is unclear to the viewer but it will take him through Madrid, Sevilla, and Almeria. Along the way he interacts with a nude woman (Paz de la Huerta) and numerous other characters who discuss artistic pursuits played by Tilda Swinton, Gael Garcia Bernal, and more.

When The Limits of Control was released it was a rare critical failure for Jim Jarmusch. Jarmusch has always been an acquired taste, but The Limits of Control was maligned for presenting style over substance by nearly every reviewer that wrote about the film. I would be forced to agree that the film’s writing is not very well fleshed out. The plot is threadbare and the amount of dialogue in the film could probably fill up a solid four pages or so before sputtering out. There is not really any character development. The motivations of the characters are vague, and the mission is not well fleshed out. It seems that Jarmusch had almost no desire to achieve any sense of plot whatsoever. Also, the ending is pretty anticlimactic and sloppy. The ending is the worst sequence in the film in my opinion, despite a cameo that will grab viewers’ attention.

So – what are we left with? In this case we are left with a film that is more of an art exhibit than a film. Do you remember the film The American that starred George Clooney? I remember that film caused a visceral reaction from some of my friends because of its slow and steady pacing. I really enjoyed the film but I understood why it made so many people upset. That film is incredibly action packed and fast in comparison to The Limits of Control. This is not really a film at all, but instead an exercise in mood. The film is beautifully shot thanks to the incredible cinematography by Christopher Doyle. It makes Spain come to life and the location shooting is just wonderful. The soundtrack is evocative and cool with songs by Bad Rabbit, the Japanese band Boris, and a brief song by one of my favorite bands LCD Soundsystem. It has a cool vibe that can easily wash over you or bore you to death. This is definitely not a thriller, but instead more of a travelogue.

My feelings on the film are about the same as ten years ago. I enjoyed the movie as a sustained meditative experience with pretty sights, but as a film it is a failure. Did I like it? The answer strangely enough is yes. I loved the sights and sounds the film provided and could easily chill out with this in the background while I fold laundry or something. Would I recommend it to others? That is a much harder question.

The Limits of Control strolls onto Blu-Ray with a beautiful new AVC encoded transfer from Universal that looks amazing. This is the information contained in the liner notes:

“The Limits of Control is presented in its original aspect ratio of 1.85:1 with 5.1 and 2.0 stereo sound. The High Definition digital transfer was provided by Universal.”

Visually, this is as attractive a transfer as I have seen on the Blu-ray format. Spain is just gorgeous and the cinematography by Christopher Doyle is so lush and wonderful that it is easy to get lost in the imagery. While the merits of the film are debatable, it is not up for debate that this movie looks drop-dead gorgeous on Blu-ray.

Similar to the video, the audio presentation on The Limits of Control is very well done. Arrow have provided two options for audio mixes. The DTS-HD MA 5.1 track sounded great on my surround sound system, but there is also an LPCM 2.0 track for whoever wants it. The film is filled with silences but the music in the film is excellent and comes across nicely.

The Limits of Control is not in any way shape or form a traditional film. It has basically no plot and the ending is pretty weak. I cannot recommend this film for any of the traditional qualities that I care about in films. That said, I find myself drawn into the overall vibe, cinematography, and soundscapes of this film. It makes Spain come vividly to life in a way that I found exciting. The new Arrow disc comes with excellent technical specifications and some decent supplements in which the participants also seem to be trying hard to justify why they like the film. The film looks absolutely gorgeous on Blu-ray so fans will want to pick up this edition. I would definitely recommend a rental before a purchase, but don’t be surprised if this one doesn’t just grab you.