The Last House on the Left (Blu-ray) 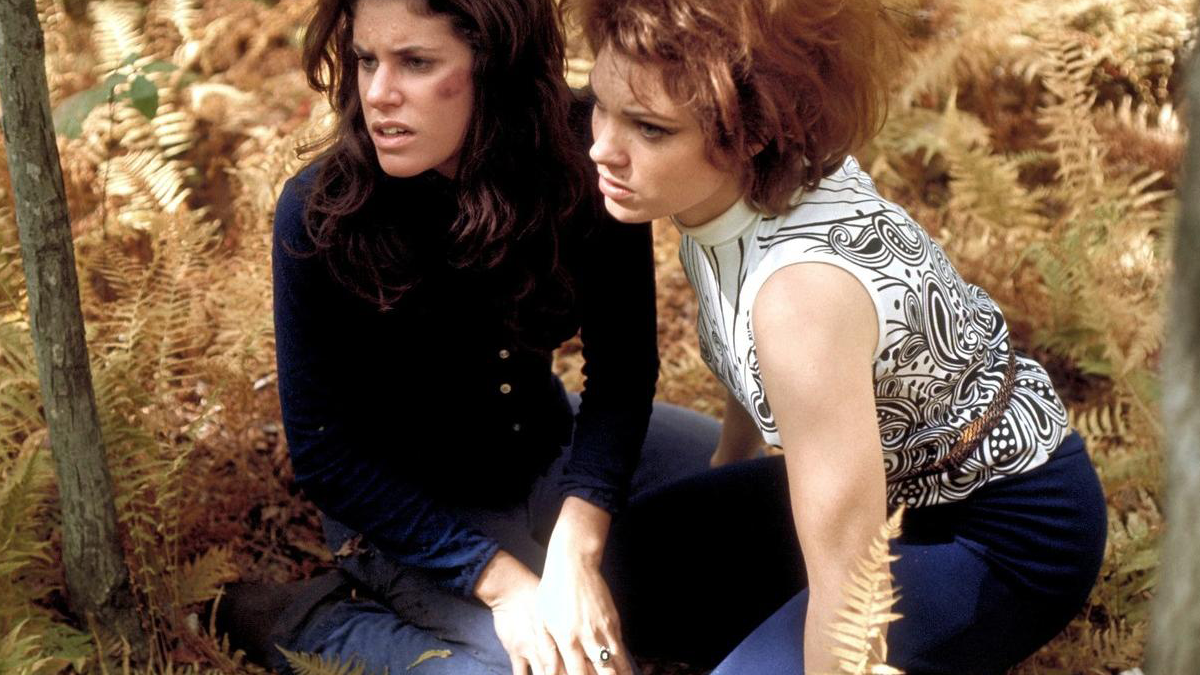 The Last House on the Left, Wes Craven’s first film. I was excited to see the film due to my enjoyment of some of Craven’s other films and because this is a pretty notorious horror film. I sat down to watch it and I will be honest: it was not my cup of tea.

Seventeen-year-old Mari Collingwood and Phyllis Stone leave their house for a concert by a band called Bloodlust. They go down by a creek and drink some booze and soak in the fall colors. While driving to the concert they hear that two convicts have escaped prison – Krug Stillo and his addict son Junior, along with Fred Weasel Podowski. They were assisted by a woman named Sadie. The men were rapists and killers. Arriving in the city the girls don’t realize that they will cross paths with the killer rapists. The girls make the mistake of asking Junior Stillo for some grass. He convinces them to come upstairs to buy some. That is when they are trapped. Meanwhile, Mari’s mom and dad are at home getting the birthday decorations up. When Phyllis threatens to scream, the rapists proceed to rape her. The next morning they take Mari and Phyllis in the trunk of their car to the woods, not realizing that they are right in front of Mari’s house. They take the girls to the woods and humiliate and rape them. Meanwhile, the police in town are clueless. Phyllis makes a run for it and Mari convinces Junior to help her to escape. The police realize their mistake in not identifying the car of the rapists outside the house and head to help. Phyllis is caught and killed and Mari is caught while the police run out of gas. The killers carve KRUG into Mari, rape her, and let her go. She walks into the swamp and is finally shot by Krug. The gang then shows up at the Collingwood house all cleaned up, not realizing that the parents will figure out who they are.

This was Wes Craven’s first movie and it is not for the faint of heart. This is an incredibly low budget film, not particularly well shot, and incredibly disturbing and sickening. This is easily one of the hardest movies to watch I have seen in a long time. Wes Craven used Ingmar Bergman’s The Virgin Spring as his source material, itself based on a 13th century folk tale about some shepherds that rape and murder a couple girls and find themselves murdered by the parents. Craven used a small crew of seven people and shot in a cinema verite style that led to the film maintaining a documentary style look.

Here is the problem with this film: I cannot tell what purpose it was serving. It shows degrading acts performed on the two actresses, but I could not tell if this was to serve the script or to try to turn on some people that fantasize about hurting women. This grossed me out pretty badly. The most sensationalized scenes are not as exploitative as they could be, but I felt my stomach turning as I watched the film. Even the vengeance portion of the film did not make me feel better about what I had watched. I literally had nightmares that night about this film. That almost never happens to me, but it happened from this film.

As a viewer, what does this mean for you? While I will never watch this film EVER again, I cannot contest that the film is brutally effective. Very few films can manage to get under my skin, but I found this film incredibly disturbing. I enjoyed some of the soundtrack to the film by David Hess, the acting is effective (if unconventional,) and I can’t say that the plot itself doesn’t work. I just found myself so appalled by the film, that there is no chance I will ever see it again. View at your own discretion.

Arrow Video did a great job on the transfer of the film using an MPEG 4 AVC codec of a new restoration. Fine detail is good and grain has been preserved without any over correction. Unfortunately, just like with The Hills Have Eyes, the bad source elements that they scanned leads to a pretty rough looking picture. There is only so much lipstick you can put in a pig and despite their best efforts, this film will always be a pig.

The audio treatment of Last House on the Left leaves a little bit to be desired. My guess, from watching other Arrow Video releases, would be that this was the absolute best that they could do using what source elements they had. The music by David Hess has been given a nice facelift and sounds very good. Unfortunately, it sounds so much better than the somewhat muffled dialogue that it is almost distracting. Similar to the video, this is the best that we can expect from the audio, but that doesn’t make it ideal.

The Last House on the Left is easily one of the most disturbing films I have ever seen. Over forty five years later and it is still brutally effective. My personal recommendation would be to skip it. That said, Arrow Video have put together an incredible package for any fan of the film. Three cuts of the film, hours and hours of supplements, and three audio commentaries. The video and audio presentation is still pretty problematic, but this is likely to be the best this film will ever look and sound. If you are a fan, this is the best presentation of this film to date. If you are not a fan, I can not recommend this film for a blind purchase. Here is how this film will be ranked: for the film itself I would give my firmest recommendation to avoid it. For the package put together by Arrow, I will meet in the middle. Therefore, buy it at your own risk.