The King of Queens: The Complete Series (Blu-ray)

Those who have kept up with my reviews on here or that know me personally will know that I am not the biggest TV fan. Obviously I have a strong love for films, but I just never got as in to TV show, much less sitcoms like I do with movies. With that being said, I’m a big fan of The King of Queens. Despite it lasting 9 seasons with 207 total episodes, I still think it’s a somewhat underrated show that probably doesn’t always get the credit it deserves. It’s such an easy show to like and get into, and features an entire cast who fill their roles perfectly. One can pretty much jump in at any time and enjoy any episode just about as much as the next. I’ll elaborate more in a bit, but it is also a series that I feel never jumped the shark. That is it never had an obvious decline in quality across its 9 year run. The show doesn’t ask a lot of its audience and while there are serious moments scattered throughout, it very much is loose and light on its feet. For fans of the show and collectors alike, this set is a no-brainer and a far superior way to have the entire series in one convenient package.

Kevin James stars as Doug Heffernan, the lovable and overweight delivery driver (conveniently named IPS) who is married to Carrie (Leah Remini) who at first might seem way out of his league, but the two of them have very great chemistry and as we watch the show, it becomes easier to accept them as a couple. The series hits the ground running and introduces us to what will ultimately become the layout for the show. Carrie’s father, Arthur Spooner (Jerry Stiller) just lost his wife, and unfortunately, burns down his house by accident. He’s then forced to move in with Doug and Carrie, much to Doug’s disapproval. The first season is rock solid, but one big change comes from that of Carrie’s sister Sara, played by Lisa Rieffel. She had a notable appearance in a few of the first season episodes before being written out and Carrie was then an only child. The character was fine, but wasn’t missed as the focus could then shift on Carrie and Doug’s relationship. Also heavy in the first few seasons was Doug’s good friend Richie who was played by Larry Romano. The character’s absence after the third season is never explained, but there are plenty of supporting characters who are just as entertaining. We have Patton Oswalt as the nerdy Spence, Doug’s friend and co-worker Deacon (Victor Williams) and his wife Kelly (Merrin Dungey). Lastly, there’s Doug’s cousin Danny (Gary Valentine and Kevin James’s real life brother) and Holly (Nicole Sullivan) as the dog walker and friend of the Doug and Carrie’s. None of the supporting characters feel forced or conveniently placed to make an episode work. Instead, the scenarios are relatable and feel natural to the show. The writing is sharp with the show never getting too bogged down in story-of-the-week type moments. It never gets too big or tries to do too much. I appreciate some of the edgier jokes the show went for without ever resorting to low brow gags or obvious gags. I believed everything the characters did and said. Save for a final season where the characters behaved differently and a bit out of character, the show maintained steady quality throughout its run.

Like many long running series, King of Queens had its share of inconsistencies. Several examples, but the story of how Doug and Carrie met was often contradicted as well as an early episode of the Heffernan’s neighbors abandoning their house only to show up in a later episode as if they never left. Often times as well, actors would play different characters in some episodes. This might cause confusion for those who jump in randomly to the show, but regular viewings of the show will become accustomed to it. While Seinfeld holds the reign as my favorite all time sitcom, I do feel that Jerry Stiller’s character was funnier on this show than on Seinfeld. Pretty much any moment between him and Doug is comedy gold as far as I’m concerned. Another common trend with the show is the central conflict often goes unresolved. Many times the audience will learn things that our characters won’t and that’s a unique dynamic. I realize there’s only so much I can say about this show in this review, but suffice it to say that if you haven’t gotten into it, now is the perfect time. For all others, this set comes highly recommended.

We get AVC encoded, 1.78:1 transfers that are very pleasing to the eyes. At no time will this be viewed as one of the best looking shows, but it’s presented in a pretty solid fashion here. Colors are nice and smooth, the prints don’t have any obvious issues. Details are fine as well. Fans should be pleased with the presentation here.

We get DTS 2.0 tracks that serve the show just as they should. It’s mostly dialogue, laugh track and some city noise and music, but it works well here. There’s a clarity here that is welcome and all things told, I don’t feel the tracks are lacking on any episodes.

The King of Queens is such an easy show to like and get into. Running for over 200 episodes and nine seasons is no small feat, but I do still feel the show doesn’t quite get the credit it deserves. There are so many positives that I couldn’t even touch on, but it has a consistent quality that you can watch any random episode and probably enjoy it as much as the next. The entire cast, especially Kevin James and Leah Remini have great chemistry. This Blu-Ray set, while not a huge leap in quality over the DVD sets is a very welcome way to have all the episodes in one package. More extras and an insert with a brief description (like the DVD sets had) would’ve been nice, but what we get is good enough. For fans or those who’ve yet to give the show a chance, now is the perfect time. Take it from someone who doesn’t typically like sitcoms, this one is a winner. Highly Recommended. 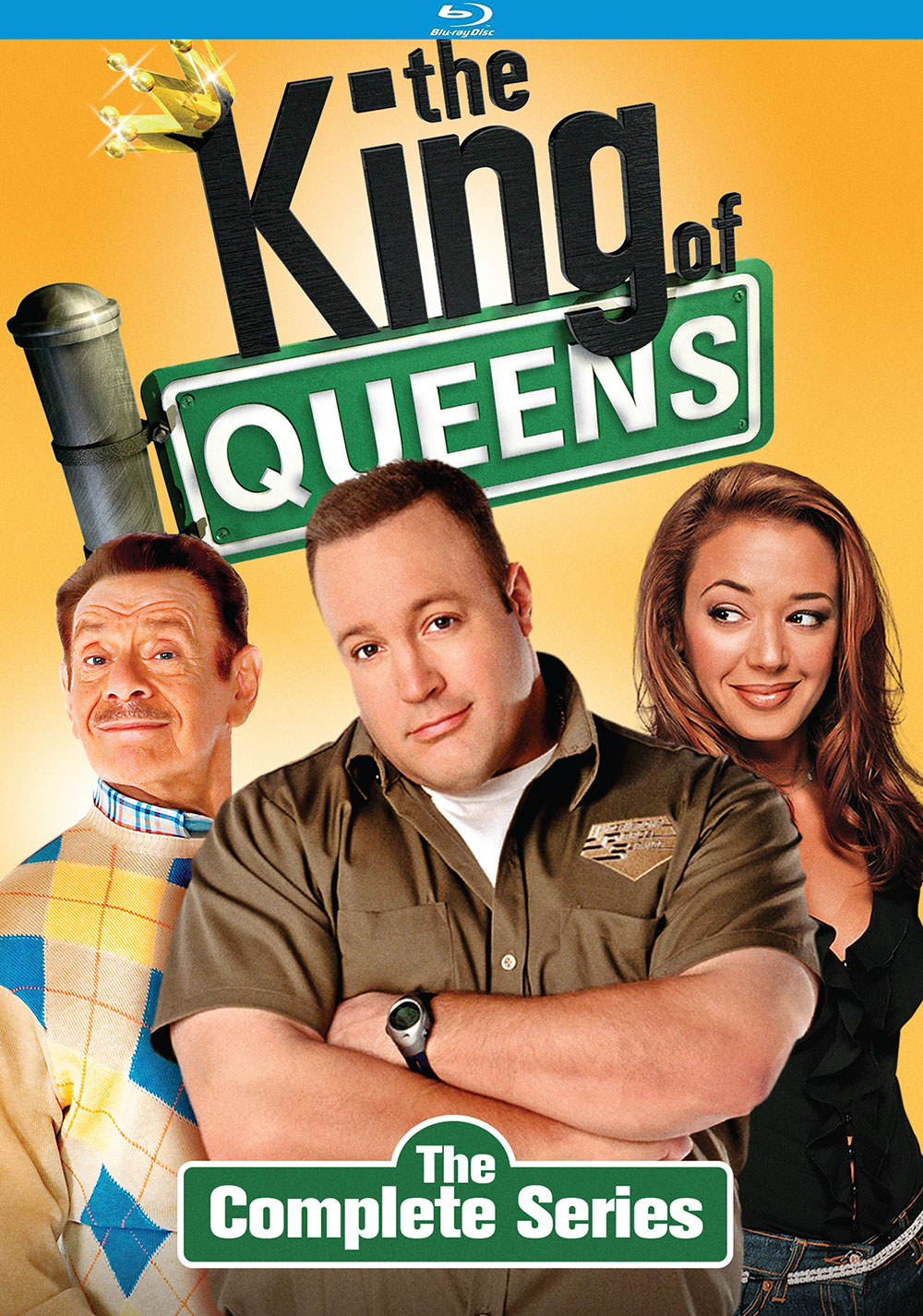