By the time The Karate Kid: Part III was released, the series had run its course. There’s only so much you can do. That might be why the third chapter essentially recreates the original film. In many way, these films are critic proof in that audiences will flock to them regardless of what the critics say. Still, the well had begun to run dry. That might explain why a few years part 3, we got The Next Karate Kid which was something of a reboot, a term that’s much more common now than it was in 1994. After the ’94 film, the series would lay dormant until the 2010 remake, a film I really didn’t care at all for. The character of Mr. Miyagi as played by the late Pat Morita was such an essential part to the previous four films that he really can’t be replaced.

I imagine most people by now would have seen these films and own them in one form or another, making this double pack of the third and fourth films a simple yes or no choice for some. It’s affordable and carries two films on one disc, but it’s very much a no-frills package as there aren’t any features on the disc. While I find the original film the best, these two do have their own merits, even if they’re hardly essential viewing. The films have all been covered on our site, so for more comprehensive coverage, one can seek out their respective reviews, but the third film finds Daniel (Ralph Macchio) once again training with Mr. Miyagi and fending off a villain John Kreese (Martin Kove) who seeks revenge as he’s now broke. Kreese enlists the help of Terry Silver (Thomas Ian Griffith) who is a wealthy businessman. Kreese and Silver work together to defeat Daniel and Miyagi. The female character this time is Jessica (Robyn Lively) and I found one element interesting in that she tells Daniel she does in fact have a boyfriend as to not lead him on. The two still share some scenes, but I found that angle interesting. All this builds towards the big fight, which one can probably guess what takes place. All in all, not a terrible film by any means, but one that shows signs of diminishing returns; it simple isn’t the best this series has to offer.

Moving onto Next Karate Kid, which is not highly regarded by many, at least is a nice showcase for Hilary Swank in one of her first roles. I’ve always been a fan of Swank, so I do have a bit of a soft spot for this film, but seeing it again after so much time, it is really hard to defend. Miyagi returns, but Swank takes over as our lead character. Daniel is out this time and Swank plays Julie Pierce. She’s something of a rebellious teen who lost both her parents. Miyagi takes her under his wing, but it’s clear that they don’t see eye to eye at first. She’s picked on at school and spends most of her time looking after an injured hawk. Before long, Miyagi realizes that Julie has in fact had karate training and Miyagi decides to work with her. We also get the obligatory boy character in Eric, played by Chris Conrad. The film ultimately recreates the first one and we get the usual bullies who our lead character will face off against before the end credits. Nothing here reinvents the wheel and that might be OK for some. The film moves along at a steady pace and features strong performances, but can’t shake that unnecessary feeling.

Both films feature AVC encoded 1.78:1 transfers which get the job done, even if they’re nothing remarkable either. I feel Next looked a bit sharper at times, but both have their pros and cons. I’ve read that the Sony releases fare a lot better than this and that may very well be, but I can’t say for sure as I haven’t viewed those. I think casual fans should be pleased enough with the results here. Since this features 2 films on one disc, the results were on par with my expectations.

Part 3 gets a Dolby 5.1 track while Next features 2.0. Needless to say, neither track became the most engaging, but they get the job done. Vocals were fine, but you might have to turn the volume higher to take most of it in. I wish 5.1 tracks were provided for both films, but at least the vocals have the clarity to them. It just keeps the track on nextmore limited.

Neither film contains any supplemental materials.

This is one for the fans who might not own the separate discs. If you feel like owning these two films and for cheap, then have at it, but the results leave a lot to be desired. The films themselves do have their merits, but neither are the best this series has to offer, though I did enjoy Swank in the role. 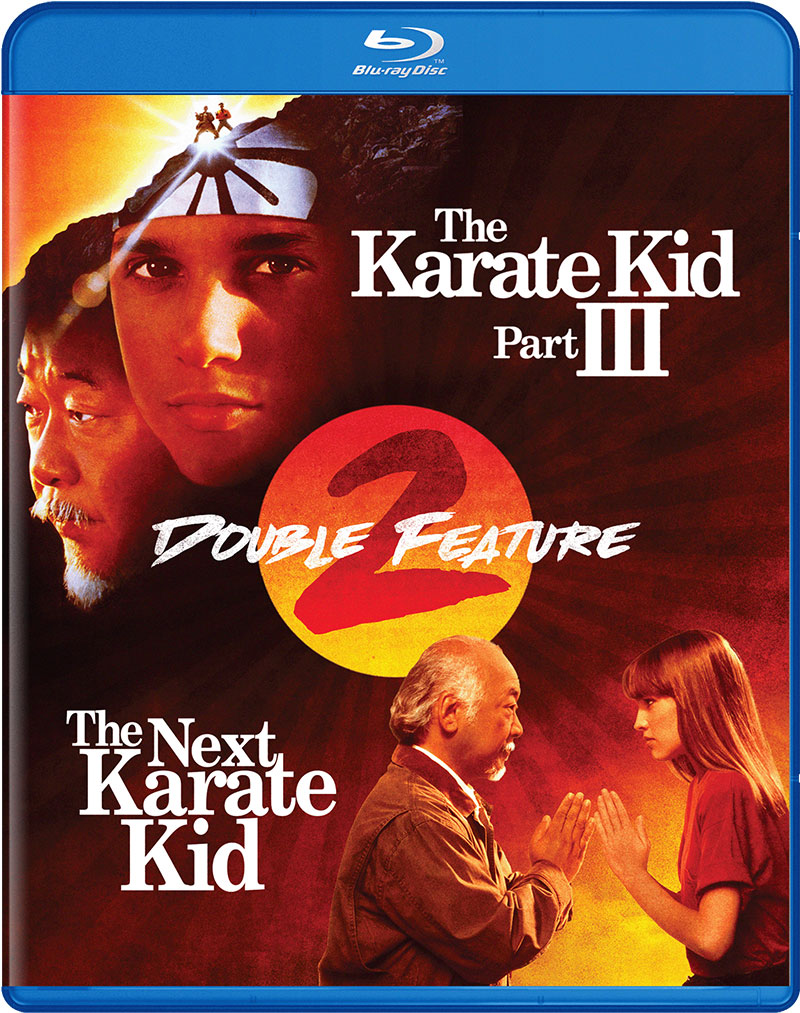