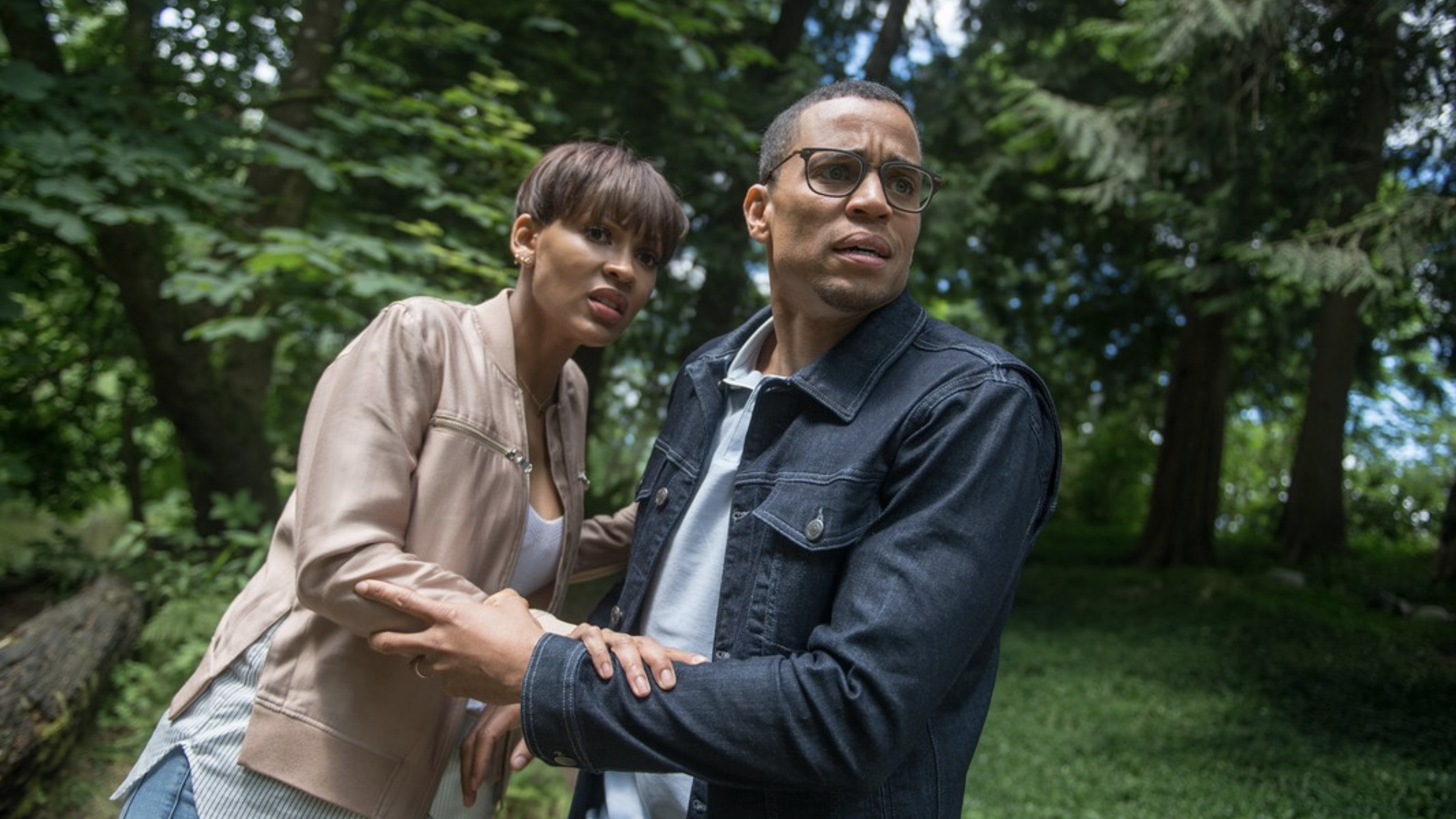 I will often see movie ads on Social Media, and recall seeing several for The Intruder when it arrived in theaters a few short months ago. A common question was “Why is he selling the house?” This is referring to the character played by Dennis Quaid in the film. A young couple buys his beloved house, but he continues to harass them and becomes overbearing, to say the least. Let’s just say that the film does provide an answer, but seeing the ads, it isn’t out of the blue to be curious of that. After two viewings, I can say that the film held my interest more the first time, but it makes for a decent rental assuming you’re into the home invasion style thriller. Films of this sort aren’t as common now, so in some ways it’s refreshing in a sort of counter-marketing way. Make no mistake, it isn’t some hidden gem or modern classic, but it provides enough entertainment value for a single viewing.

Scott Russell (Michael Ealy) has success in the marketing and advertising world. As the film begins, there is a surprise party thrown for him after he closes a big deal. He and his wife, Annie (Meagan Good) want to get away from the busier city life and move into a quiet home in Napa Valley. The owner who sold the house is Charlie Peck (Dennis Quaid) and right off the bat, he seems a bit odd. As the couple is visiting the house early in the film, Charlie shoots a deer right in front of their eyes. Despite being odd, Charlie still has some qualities to him and tears up when he remembers his wife who passed away from cancer not long ago. With the sale of the house going through, everything else seems to be falling into place. Unfortunately, Charlie seems all too attached. One day he is seen mowing the yard, he shows up unexpected and get agitated when Scott installs security cameras at the house. He also joins the couple for dinner at the house with some of their friends and seems upset when talk is brought up about remodeling his old home. Before long, Scott asks his friend to do some digging and indeed we find out just what is going on with Charlie. The film doesn’t complicate matters, but it provides enough insight for us.

A film like The Intruder isn’t high art and the success of a film like this more often than not, falls on the actors. It helps that our three leads elevate the material and it gives us enough character insight into the main characters to make us care to some extent. It’s a bit predictable around the edges, but it works well for the genre at hand. It’s been done better and worse.

We get an AVC encoded 2.40:1 transfer that has no obvious flaws, but isn’t overly flashy either. The film is rather basic and straightforward in its overall look, but that’s OK. The print is fine with no flaws, but this was shot digitally and is a recent film, so I don’t expect tons of flaws. Background shots have good clarity. All things add up to a solid transfer.

The DTS HD track impresses as the vocal side of things is fine, but the track is amped up when needed. The film builds toward a loud climax which keeps us engaged. Clarity is strong throughout. All things considered, the track serves the film nicely.

While I didn’t love The Intruder, it did work better for me on the first viewing, in a theater where I was fully invested. A second viewing left me with more of a mixed feeling, but I feel the film warrants a rental. The cast help liven things up, but there’s just enough here of interest. Rent it.