Actor/Director Sydney Pollack has helmed some truly great movies. Dating all the way back to classics like The Way We Were, Three Days of the Condor, Tootsie and the Academy Award-Winning Out of Africa. While Pollack hasn’t been too active as a director, The Interpreter provided an opportunity for him to get back to his roots.  Admittedly, this isn’t as gripping as Three Days of the Condor but rather it shows how something can go from rumor to fact in a very short amount of time. That aside, something that was really impressive is that this movie was filmed inside the United Nations with several shots taking place in the General Assembly room. I suppose when you have names like Nicole Kidman, Sean Penn, and Sydney Pollack attached – certain doors open up. Nevertheless, Pollack’s latest effort shows he’s still got it.

Kidman plays Silvia Broome, an interpreter for the United Nations who speaks a dialect that only a handful of people in the world know. She’s attractive (naturally, she’s Nicole Kidman after all), but single and loves her work. Silvia mistakenly overhears a conversation inside the United Nations building – something she’s not supposed to hear. Not knowing if she’s been found out, paranoia takes over and she’s then supplied with a Secret Service agent (Sean Penn) to protect her. Penn’s Tobin Keller is obviously troubled and the movie could have taken us to a place where they have an affair and a steamy sex scene. As much as I’d like to have seen that, the movie is smarter than that and it focuses more on the story than the stars. That’s good. As the story progresses, Tobin finds more and more reasons not to trust Silva: is there more to her than meets the eye or is she telling the truth? Naturally, I won’t answer that question.

The Interpreter is a very good movie, certainly worth a viewing and while I don’t think it’s Kidman’s or Penn’s best work, it’s entertaining. The film feels like a leap back in time to the days when these “taut, political thrillers” were everywhere and the genre is waning, but certainly not forgotten. There is the right amount of action to balance out all of the dialogue that takes place. There’s innocence to Silvia that makes us care for her and want to know more, but we sympathize with Tobin who wants to take action and get his job done. I hasten to use the term “cat and mouse” game, but that’s essentially what this is. And no one does it better than Sydney Pollack.

In one of the features on this disc, Pollack speaks highly of the Widescreen format, so this AVC encoded transfer with a 2.35:1 ratio is to be expected. The results look typical for a release like this. It’s one of those always good, but never quite great transfers. Yet still, I can’t find anything overly terrible to say about it, but it does satisfy. There’s a clarity, but things could pop more than they do. Again, it looks pretty much as I expected, but there could be just a little more sharpness. I think casual fans will be ok with the results, though.

We get a solid DTS HD track. I saw the film in theaters back in 2005, but never again after that. I recall a bit more action, but the vocals are crisp and there’s enough to keep us engaged. The rear channels come in at the appropriate time, all making this for a worthwhile track to accompany this film.

I recall enjoying The Interpreter much more than I did revisiting it after all this years. They definitely don’t make a lot of films like these anymore, and the world has changed, especially technology from 2005. Still, it’s worth maybe renting. For those wanting to own this, it’s a pretty basic upgrade from the DVD many moons ago. The A/V quality is solid, but the extras (while still good) are just carryovers. 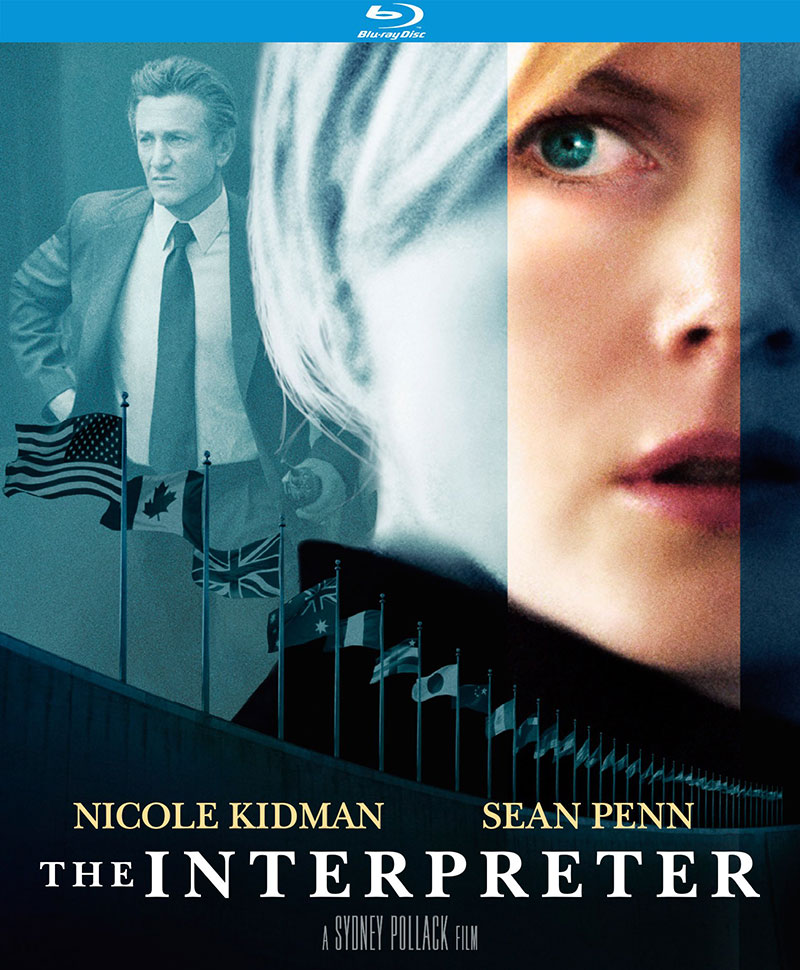