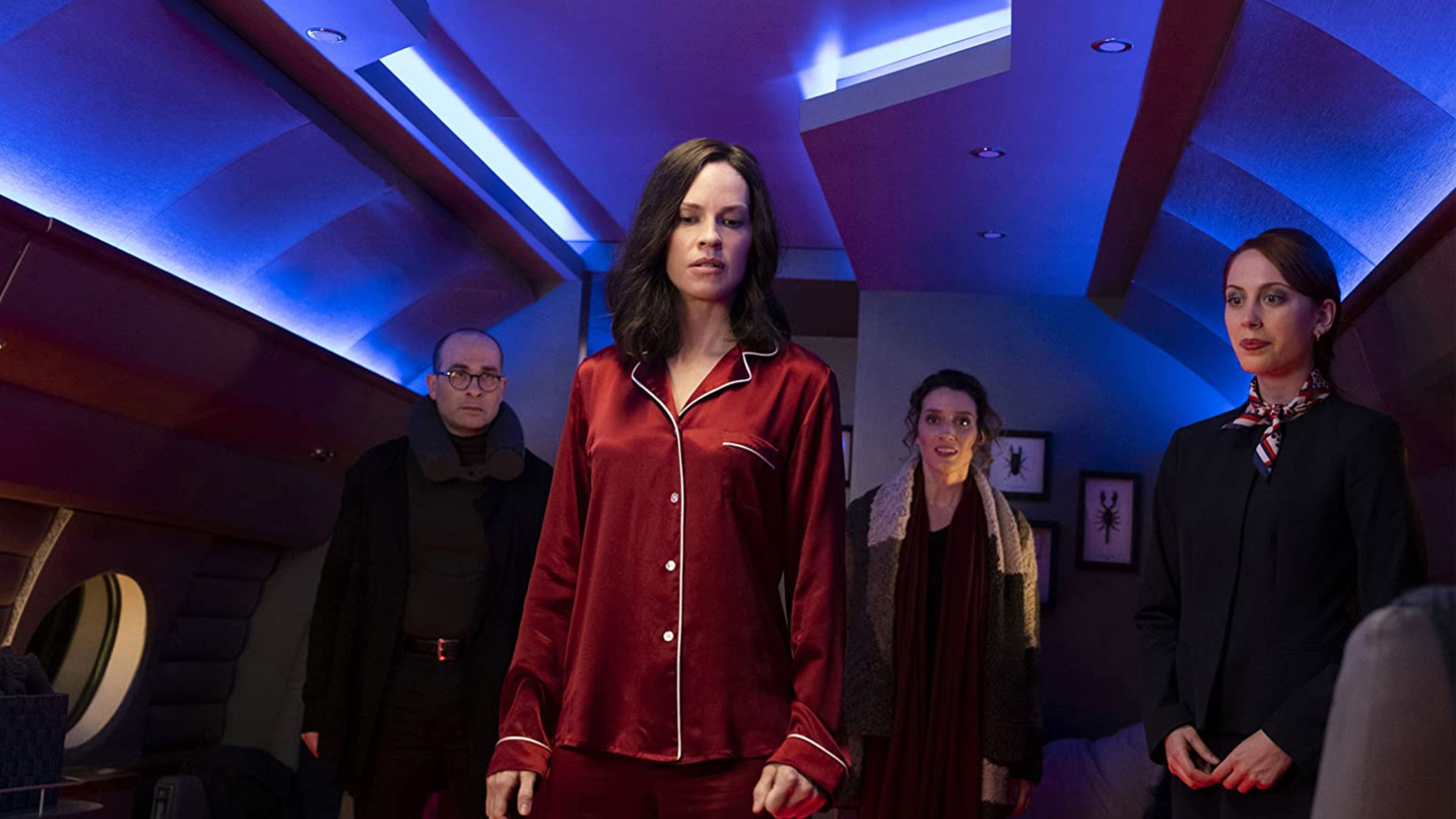 If you ever thought that you were having a bad day, then I invite you to be one of the producers of The Hunt. I can only imagine how many bottles of Pepto Bismol were consumed from the summer of 2019 until the spring of 2020. The film was originally scheduled to be released theatrically in September 2019. But the week before its release date, there were shootings in El Paso, TX and Dayton, OH. This forced the filmmakers to change the release date to March 2020. It probably wouldn’t have looked too good for Universal to release a film that “glorifies” (quotes used intentionally) violence so soon after the latest national tragedy. And to make matters worse, Donald Trump notoriously tweeted (as he so loves to do) that the film was violent and that “…liberal Hollywood was racist at the highest level…”. What Trump failed to realize, and we’ll assume he didn’t see the movie, was that the movie pokes just as much fun at the left as it does the right. But never let the facts get in the way of a good tweet, eh Don? The final nail in the coffin was that once this movie did hit theaters in March 2020, it only lasted a week as the nation was closing movie theaters due to the COVID-19 pandemic. So, circling back, you think you had a bad day? Let the hunt begin.

We meet a group of strangers left out in a field. They’re referred to as “deplorables”, but each has their own personality. An obsessed gun nut, a man who kills endangered animals for sport, a xenophobe and so forth. A group of liberal elites then explain to them what’s about to happen – they’re about to be hunted for sport. If you can think back to the opening sequence in The Hunger Games and remember the ensuing bloodbath that occured, that’s what to expect here. Of course, there are a few that avoid the massacre and among them is Crystal (Betty Gilpin), who manages to outsmart the masses and sets out to find those responsible. To say much more would mean to give the plot away, but I’ll say that it’s full of a few surprises that caught me off guard. And just because you might recognize some of the actors, doesn’t necessarily mean that they’ll be standing at the end.

The movie doesn’t really try to make a political statement, but I can see where people would think that it does. There are obvious antecedents to other films, namely The Most Dangerous Game, but in all truth this is simply fun to watch. Yes, I said it, it’s fun to watch. It’s a movie – not a documentary. Looking at the cast of characters, there are some names that stand out: Ike Barinholtz, Emma Roberts, Ethan Suplee and two time Academy Award winner Hillary Swank. They’re all fine in their roles and it was a pleasure to see Swank over-act for a change. But if there’s a scene-stealer it’s Betty Gilpin. I’ve not seen her in Glow, but with her performance here I’ll need to check it out. Put all the negative press aside and sweep the preconceived notions under the rug. Sit back, have fun and enjoy the movie. I did.

The film’s 2.39:1 AVC HD encoded image is consistent with most any day and date Blu-ray release. The film’s entire color palette is a bit muted, save for the spray of red (blood) that we see…often. That said, there are a few segments with a decidedly warm color palette. Other scenes are rather cold and corporate, but considering the subject matter of them, it makes sense. Detail is sharp, flesh tones natural. It’s a good-looking image that’s sure to please.

The DTS HD Master Audio track has a few times to flex its muscle. Gunshots abound as do human body parts flying through the air. Hey, it’s all in the name of entertainment, right? Vocals are sharp and crisp and Betty Gilpin’s southern drawl is the main point of focus. Surround and other directional effects offer some much needed ambiance to some of the more action-oriented scenes and the LFE do chime in a few times for some added bass. I enjoyed this track, not too much but more than enough.

This film was snakebit from the get go. But it’s finally on disc format and I’m sure it’ll find a larger audience. While not the most original movie, I found that I was entertained. Maybe that says something about me. Maybe not. Still, the technical specs are on par and for those fans of the film, there are a few extras to sweeten the deal. At the very least, give it a rental.