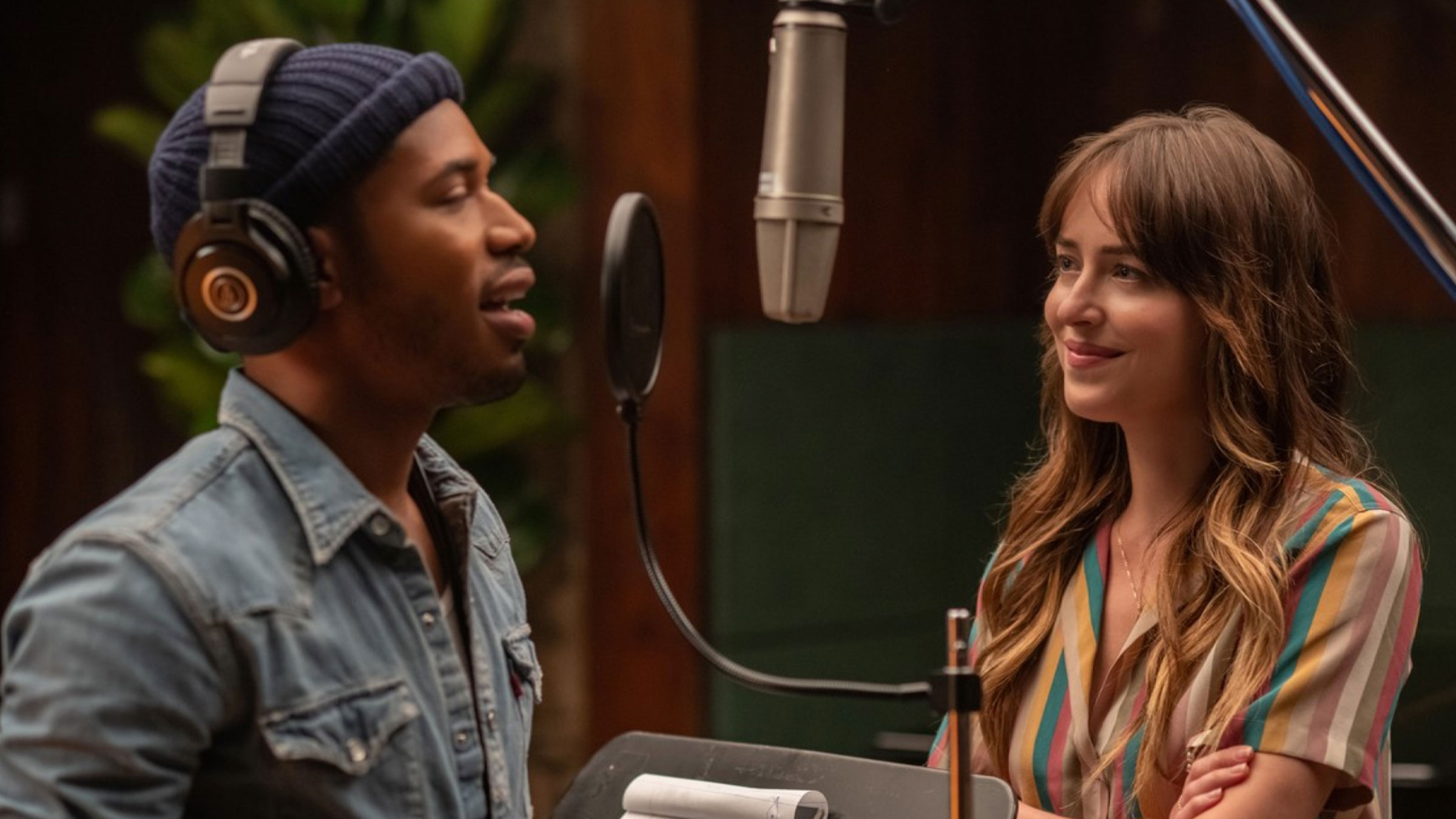 Music is something I have an appreciation for, but have neither the desire nor the ability to produce it. And by “produce” I mean as a music producer or as a musician. I have no musical talent whatsoever. I think I could mess up the triangle given the opportunity. But, thankfully, there are plenty of others out there that do possess this ability and for that I’m thankful. And, full disclosure, I had no idea what to expect when I popped the disc in. The pickings have been slim when it comes to new movies these days (for obvious reasons) so I went in with my eyes closed and fingers crossed.

Maggie (Dakota Johnson), is the personal assistant to a singing legend – Grace Davis (Tracee Ellis Ross). Maggie’s job is simple: do everything for Grace. This ranges from managing her schedule to running errands. Maggie dreams of being a music producer and has even gone to the extent of doing her own mix of Grace’s upcoming album. This elicits a mixed reaction from Grace: one one hand, she appreciates the effort but on the other – she doesn’t want her neglecting her duties. To prove herself Maggie decides to produce some music for David (Kelvin Harrison Jr.). He’s a singer/songwriter she meets at a cafe and as we might expect, there’s chemistry. In a second, sub plot, Grace’s manager (Ice Cube) is urging her to accept a proposal in Vegas that would pay well, but she’d be recycling her own hits and not creating anything new. What’s a girl to do?

I’m no expert on how the music industry works, but I’d have to assume it’s similar to that of the film/television industry. And, if so, I would want no part of it. But the film is less about the inner-workings of the industry, than the inner relationship of the main characters. And, I have to say, Dakota Johnson shines in her role (as does Ross). You’d think after the Fifty Shades of Grey films that she might be typecast. Nope. She was able to spread her wings, shun the stereotype and owns her role. Directed by Nisha Ganatra, the film has a few songs that I enjoyed. Heck, this might be one that I download the soundtrack to. If music is your thing or you like a good, solid film – this one’s for you.

As we might expect with a day and date Blu-ray release, it looks fabulous. It sparkles. It dazzles. OK, maybe not “dazzles” but everything we’ve come to expect from a major studio offering. Not a speck of grain can be seen, detail is off the charts, color balance and depth are spot on and so forth. A majority of the scenes take place indoors (a recording studio), but they’re not challenged in the least. The 2.39:1 AVC HD image looks so lifelike you could reach out and touch it. This one delivers.

The included DTS HD Master Audio 7.1 mix will fill each and every one of those channels with music. And lots of it. By and large, films that are musical in nature seem more prone to take advantage of the surround sound. And this one does. It sound amazing with a clarity that I can’t recall in a while. Vocals are strong and crisp, the speakers are almost constantly churning out something amazing.

I enjoyed The High Note. I don’t know if it’s something I’ll watch time and again, but I found it a bit more entertaining than I originally thought. The performances were great and the film looks and sounds nearly perfect.