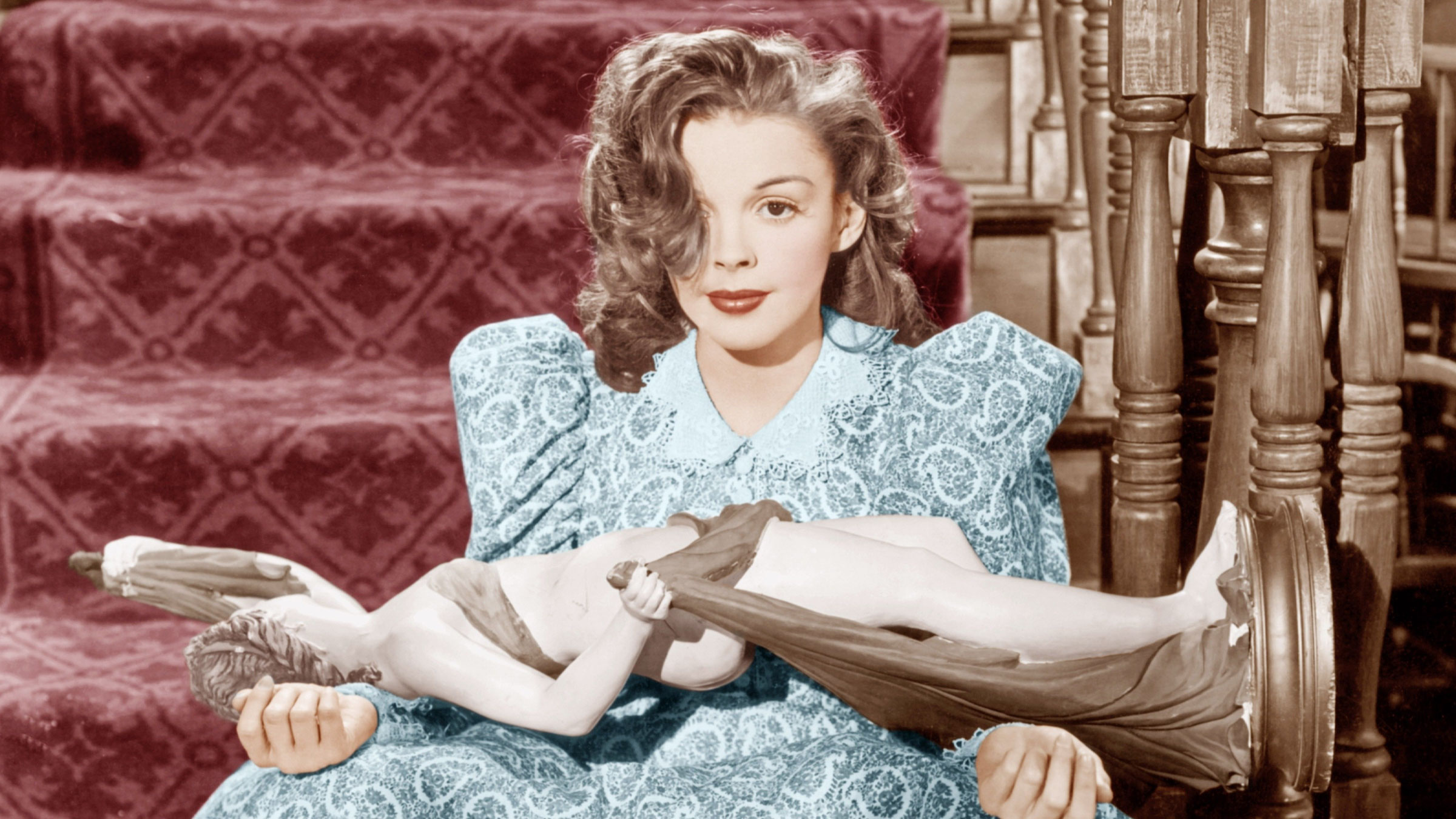 Susan Bradley (Judy Garland) is supposed to become a mail order bride and since she is simply gorgeous, she’d make an excellent selection. As she travels by train to her destination, she meets some chipper young women on their way to start a diner, one with good food and a wholesome environment. The diner will be known as a Harvey House establishment, one that is a fun place with great eats, but also a classy, family oriented place. After some time passes and some romantic sputters, Susan decides to skip out on her marital bliss and join up with the girls, to be a part of the Harvey House diner. Of course, everyone likes good food and rail travelers need to eat somewhere, but this time, the diner will have some competition, as the diner across the street has some beautiful, but more open female workers. Which of the two places will come out ahead and will the competition drive each one to become even better, making it a winner take all battle of the female social groups?

Although this film was made in a time when musicals, and I mean damn good musicals were common, it still managed to stand up and make audiences take notice. I don’t think it is one of the best musicals of the era, but The Harvey Girls is a fun movie and has some splendid moments, including some wonderful musical numbers, of course. I’m not the musical type by any means, but I do like some of the genre’s offerings and while The Harvey Girls is no masterpiece, it more than warrants attention from those interested. Judy Garland is magical at times, while the rest of the gifted cast includes Angela Lansbury, John Hodiak, Ray Bolger, Virginia O’Brien, and Cyd Charisse. As you’d expect from a lavish MGM musical, we’re shown plenty of beautiful costumes, grandiose set pieces, and massive musical numbers, complete with lots of extras to make sure our eyes & ears remain entertained throughout. I give this film a solid recommendation to those interested, as the movie is good and the disc is well worth the cost involved.

I know she’s got the top billing and is a legendary star worldwide, but if you ask me, Judy Garland has a little too much of the spotlight here. Yes, her work here is inspired and never ceases to be fun to watch, but with so many talented costars, I wish the camera would have allowed more substantial scenes for the supporting players. But Garland does earn her screen time and makes full use of it, giving us a terrific, enjoyable performance. Although she does give a commanding turn, Garland is offered immense security from her supporting cast members, as they ensure she looks even better than she would have, which is a true compliment to their work here. Other films with Garland include The Wizard of Oz, A Star is Born, Easter Parade, and Meet Me in St. Louis. The cast also includes Angela Lansbury (Bedknobs & Broomsticks, The Manchurian Candidate), John Hodiak (Lifeboat, The Miniver Story), Ray Bolger (Babes in Toyland, The Wizard of Oz), and Virginia O’Brien (Francis in the Navy, Panama Hattie).

I’ve seen The Harvey Girls a handful of times and have always been enamored at how good the film has always looked. Granted, this had one of the biggest stars of the time (Garland) and was one of many Warner/MGM musicals – essentially they were the big budget films of the time. For this Blu-ray release, a new 4K scan has been done on the film and, yes, it positively leaps off the screen. The puffs of smoke from the train, the costumes from background players in most every scene and everything in between. It simply glistens. Color, if it’s possible, has been improved as has detail and what little grain there was is now a thing of the past. Warner Archive keeps up their long-standing reputation with another winner.

The mono option from the DVD has been replaced by a new DTS HD Master Audio 2.0 mix. Don’t expect a miracle here as the film was made in the mid 1940’s – dynamic audio simply wasn’t a thing that they considered. But, that said (pardon the pun), I did notice an uptick in the way the film sounded. The normal dialogue scenes come across in crisp fashion, while the musical portions also sound terrific, Warner has done some top notch work on this track, without question. It sounds better than it has, but still can’t hold a candle to today’s modern mixes. And that’s OK.

It appears that the extras from the two-disc DVD have all made the cut here, though nothing new has been added.

Judy Garland was Hollywood royalty. There’s any number of films she’s known for, but obviously one stands out over the others. Still, if I had to pick three it’d be The Wizard of Oz, A Star is Born and this. She simply owns all three films. Warner Archive has done another outstanding job with this effort, so hop on board and pick this one up!