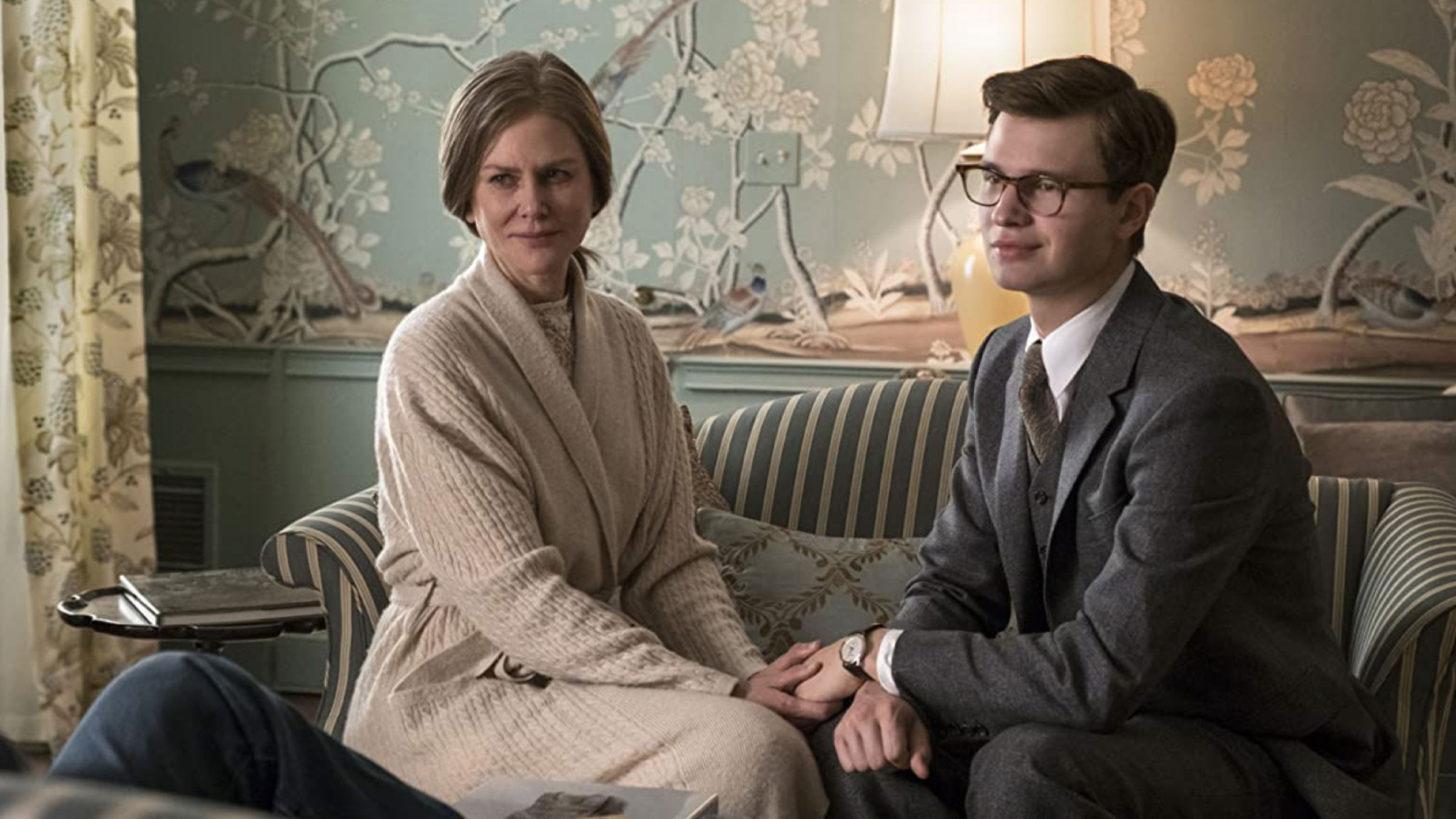 Though I’ve been writing (mainly movie reviews) for over two decades, I still don’t consider myself that good at writing. It’s OK, I’ve accepted that. Unlike the author of The Goldfinch, Donna Tartt, I don’t have delusions of grandeur that I’ll accept the Pulitzer Prize for Literature in my lifetime. I know my limits. But in 2014 Donna Tartt did accept that prize and her 800 page novel took home the ultimate prize for an author. The next step, of course, turn it into a feature-length film. The phrase “easier said than done” comes to mind. And, on paper (pun fully intended), everything seemed to fall into place. An excellent, seasoned ensemble cast. A top notch director in John Crowley (Brooklyn) and the source material was top notch. Ultimately we have to ask ourselves…what went wrong?

Theo Decker’s (Oakes. Fegley as a child and Ansel Elgort as an adult) mother was killed in a terrorist explosion at an art museum. He holds himself responsible for this. After this, Theo is taken in by a wealthy Upper East Side family led by Samantha (Nicole Kidman) and becomes like a son to her. Unbeknownst to Samantha, however, is that in the aftermath of the explosion, Theo took with him a priceless painting  – The Goldfinch. There’s more to the story than that, of course, we flash forward and back during Theo’s life as we get to know some of the people who have supposedly influenced him. His father (Luke Wilson), a questionable girlfriend (Sarah Paulson), a drug-loving teen (Finn Wolfhard) and an antiques dealer (Jeffrey Wright).

The problem with (the film version) of The Goldfinch is that we simply don’t care about the characters. Part, or most, of the challenge of adapting such a critically-acclaimed work is that the filmmakers feel the need to cram everything into the movie. This accounts for the film’s 149 minute running time. And this is nothing new, either. Having read all of the Harry Potter books on many occasions, there was a ton of information left out of the films. Ultimately those films managed to walk the fine line between length and action very well. The same doesn’t apply here. That said, it’s not to say that the film is “bad.” It’s a beautiful movie and wonderfully shot. I suppose anyone who has read the book will want to give this a viewing, but for me – I just couldn’t keep myself invested.

While the image itself is nearly flawless, there’s just not a lot of color going on here. That and Elgort’s wardrobe, combined with her skin, makes for a pretty pale image. That’s not a knock on him, but while black levels and contrast remain strong – it struck me as a seemingly lifeless palette (pardon the pun). And I would be remiss if I didn’t mention the stunning cinematography by the one and only Roger Deakins. Need I say more (actually, I probably should but I’ll resist the urge)?Suffice it to say that Warner’s efforts, as usual, are top notch and with the film being new – it’s certainly indicative of a new to the format disc. No real complaints here, it’s a top notch effort – just don’t expect a rainbow of colors.

The film is fairly dialogue-driven, though I was surprised, mainly in the opening sequence, how robust part of this were. The opening and shutting of doors and windows never sounded so good! The included DTS HD Master Audio soundtrack has a few moments where the surrounds come alive, but the center and fronts shoulder the majority of the mix. I just didn’t “feel” a lot going on here. That said, it’s a good, solid effort, and it gets the job done.

This one won’t be for the masses. It’s a difficult task to take a novel that’s won the highest honor (the Pulitzer Prize) and turn it into something that will translate equally well on screen. That’s not to say that The Goldfinch is a total waste of time. It does have an audience. But that audience is limited and I feel that a lot of the novel was lost in translation. The film is beautifully-shot thanks to the work of one Roger Deakins. Supplements are on the paltry side and this one is recommended only for the most die hard fans.