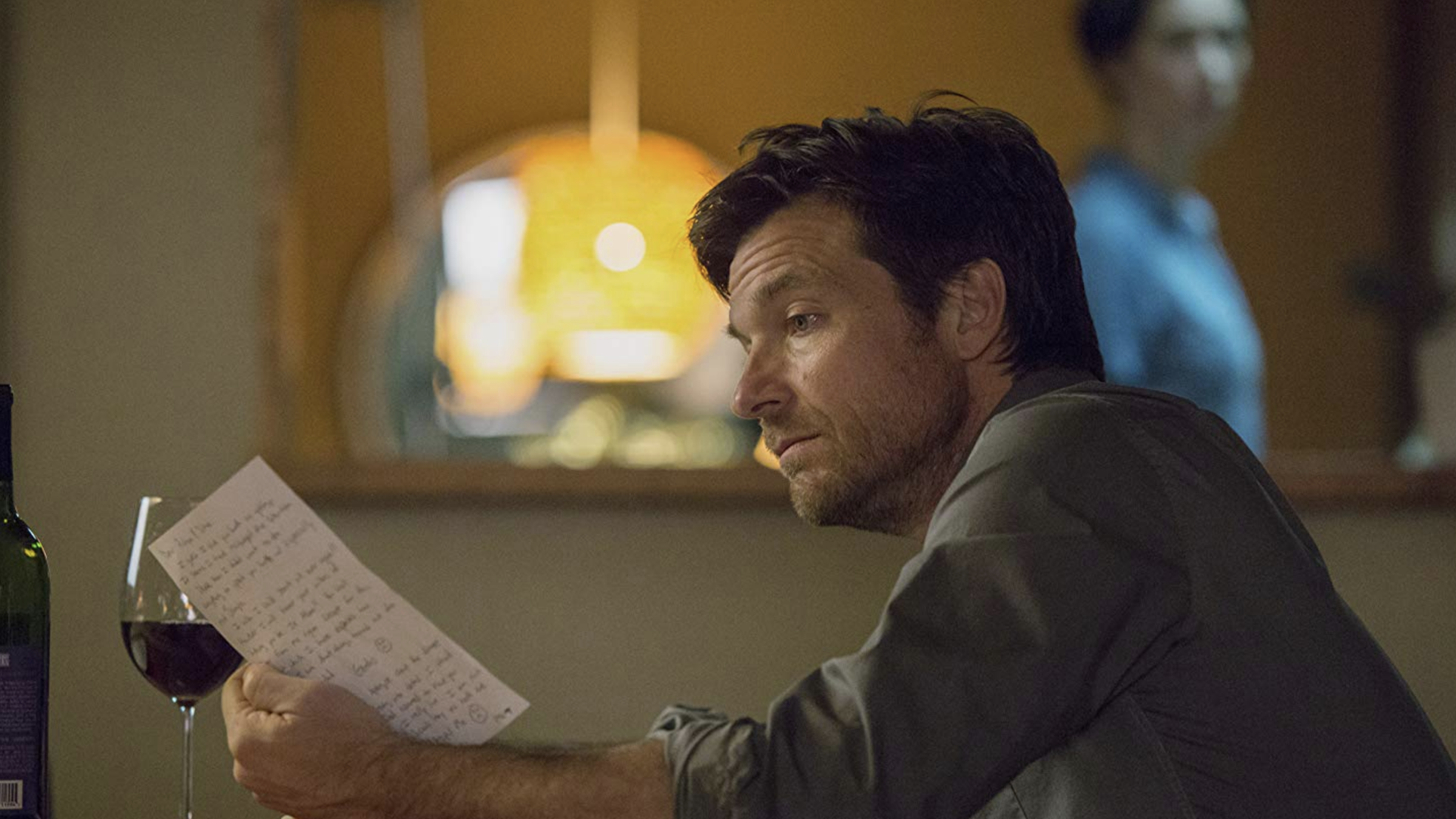 Not to be mistaken for the 2000, Sam Raimi film of the same name, 2015’s The Gift might’ve fallen below the radar with some, but it’s a very solid film worth checking out. I saw it in theaters on a quiet Friday afternoon when I had some spare time, but (as often the case with me), I was randomly thinking back over it. I realized we don’t have a review of it and here we are. It’s been compared by some to Fatal Attraction, and that’s certainly fair. In fact, it does have much in common with films of that sort, but Writer, Director and star Joel Edgerton does more than enough to make this film his own. I’ll delve in further in a bit, but the film certainly kept me on my toes. While I’ve always had a good memory, especially when it comes to films, I admit that I forgot about a few key plot points here. It isn’t always an easy film to sit through, but it shows (without being preachy) that our past sins will sometimes return to wreak havoc on us.

As the film begins we see married couple Simon (Jason Bateman) and Robyn Callem (Rebecca Hall) buying a new home and starting fresh in a new city. They’re out shopping one day when they run into one of Simon’s former classmates, Gordon Moseley (Joel Edgerton). Simon hardly recognizes him, but before long, they invite Gordon over to dinner and catch up. Gordon, or “Gordo” as he was called, reciprocates and invites them over. Simon is weirded out by Gordo, to say the least and even some of his friends offer suggestions on how to break off the friendship. Robyn is a bit more empathetic, insisting that he’s probably just socially awkward. Gordo shows up at their house, one time when Simon is at work and he and Robyn chat and he fixes her TV. He also showers the couple with gifts and even buys them fish for their pond. When they go to Gordo’s house for dinner, he’s acting more than a little strange and takes an important phone call. This allows Simon to snoop around his house. Before they leave Simon decides to have a chat with him where he essentially tells him to stay away from them. The trouble continues when the couple’s dog goes missing. I won’t reveal much more of the plot, but The Gift definitely takes some dark and unexpected turns.

One of the joys of the film is how it turns genre expectations on their head. Sure, Gordo is strange, but it also doesn’t paint Simon as flawless. Robyn too has her own secrets, but the film smartly toys with expectations. We eventually learn why Gordo is the way he is and what exactly happened between he and Simon many years ago. The film keeps us guessing and allows us to feel how we want about the characters. There are enough plot twists to keep things interesting, but it never becomes overly convoluted. It moves along at a nice, steady pace as well. It also wisely doesn’t dumb things down by the time the shocking ending arrives. There was at least one moment when a character jots something down on a refrigerator that I knew would be discovered, but that’s a minor nitpick. This is a highly effective film that I hope we see more of. It’s one that stays with you and will likely warrant some discussion. Performances are solid across the board, and it’s nice seeing Jason Bateman in a dramatic role for a change.

We get a solid AVC encoded, 2.40:1 transfer that presents the film in a positive manner. Several scenes take place at night, where the lighting is fairly dim, but the details always remained strong. It’s certainly not a flashy film, but it does a great job with the visuals on display. Viewers should feel pleased with the results.

The DTS HD track presents the film as expected. It’s fairly low-key, but the film itself is too, so I don’t hold that against it. There were some louder moments on occasion that liven things up, but mostly this is a straightforward track.

After two viewings, The Gift remains an effective little thriller that keeps us guessing. It turns potential clichés on their head and puts a few nifty twists on things. It also doesn’t try to paint the hero of the film as flawless and the villain is more layered than usual. It’s great stuff. Recommended.