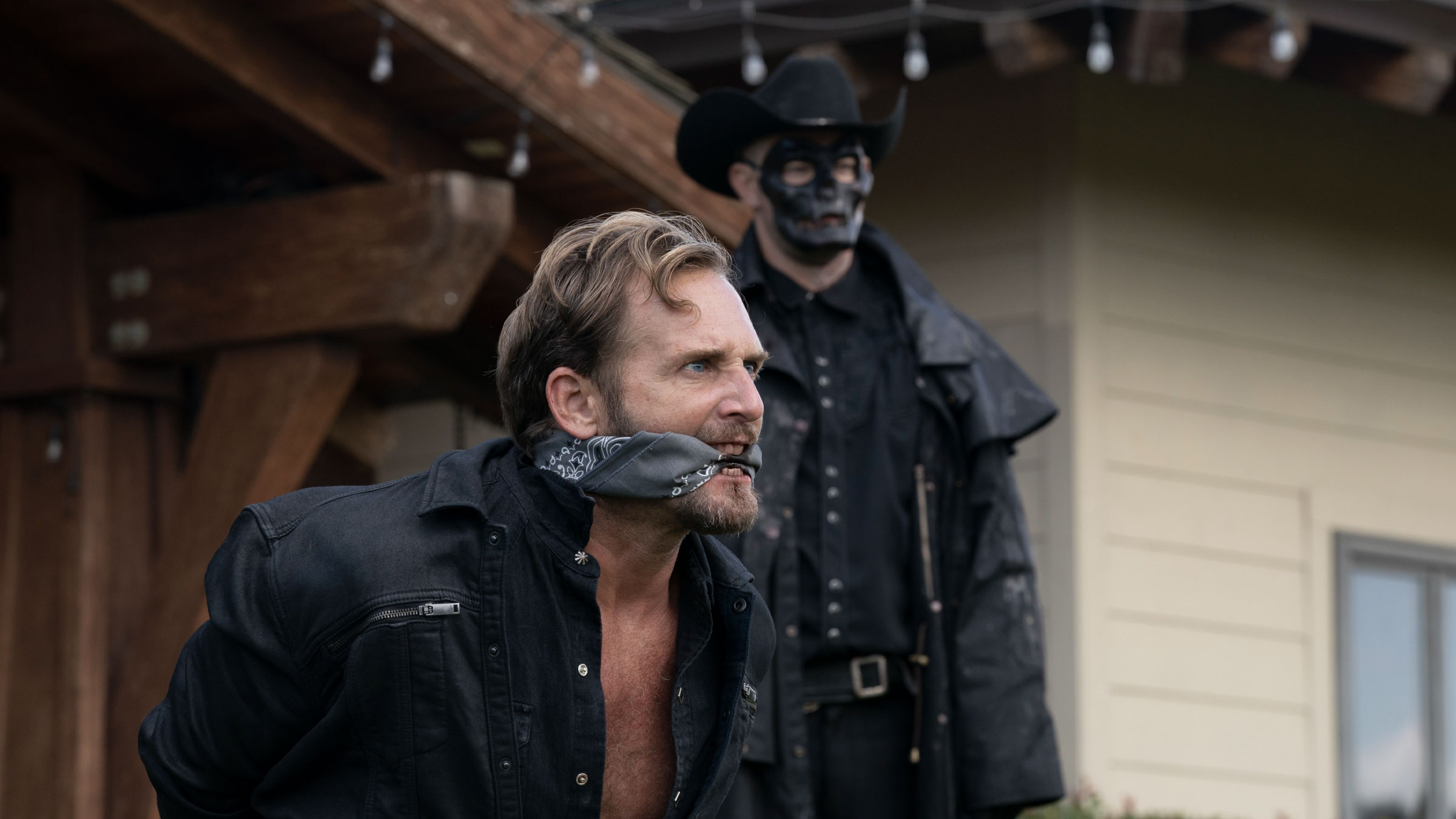 My thoughts on the Purge series have remained mixed. I felt the first 2013 film was a missed opportunity but did feel the first sequel Anarchy got the right idea by moving the action out to the streets where the carnage could run wild. Even that film started well but I felt ran out of steam before the ending. After seeing all five films (and not bothering with the tv series), I do feel that the second film remains my favorite but each of them have some merit. Sadly, this chapter which is rumored to be the final one doesn’t exactly go out on a high note. The poster for it is immediately striking and does a good job at selling the film. Had this come out in a pre-internet era the intrigue would’ve been even higher. Let’s move onto what we can expect here.

This fifth film brings a lot of politics and topical themes to it in a heated political climate. It starts a bit slow, but Josh Lucas is one of our main characters. Here he plays Dylan Tucker, a rancher who is opting out of the annual purge. He has the obligatory (for these films) set up of a protective house that is about to go on lockdown as a purge nears. The difference in this film is there are many who don’t want the purge to end. That is to have it limited to just a short timeframe. This is where our title comes from of a forever purge. Certainly, a clever concept, but as often the case with these films, the idea is far better than the execution (pun intended). We get plenty of characters here, but I did miss Frank Grillo. He sat out for this chapter and his absence Is felt.

In the grand scheme of things this chapter falls somewhere in the middle. I enjoyed the second and third films, but this is maybe a bit behind them. It falls in the middle section where it’s neither terrible nor great. One thing I wish is that we could just get a Purge film without any baggage. So, take the premise and just run with it. It doesn’t have to be profound or provide political or social commentary. I can’t help but feel if this was a film made in the 90’s with a bankable star how things might’ve turned out. As it stands, it has some good kills, some decent frights, and some sluggish moments. It’s worth seeing if you’ve been invested thus far.

To say that this film is different from the others is somewhat of an understatement. There are a lot of variances like this one being shown in a 1.85:1 aspect ratio while the others were wider, at 2.39:1. This one also takes place mainly during the day as opposed to night and it’s a different, more rural theme whereas the others were more urban. All that aside, none of this as impacted the image. It’s strikingly beautiful and a welcome change of pace from the dark and dismal visuals of the others (they weren’t bad-looking, just somewhat glum). Detail is exceptional, we see the whites of eyes and the wrinkles in skin (and way too much detail in the masks). Colors pop, though they’re more earthy-toned. Black levels are strong and contrast, as expected, is top notch. I’d have liked to take a look at the 4K version, but I can’t imagine it looking much better than this.

The benefit of this Blu-ray is that you don’t have to upgrade to the 4K version to take advantage of the included Dolby Atmos mix. It rocks. And it packs a punch (literally). Those familiar with this series of films know what to expect, and this one delivers to be sure. Vocals are pure, rich and crisp though a bit muffled with some of the masks getting in the way (then again, the last year has taught us that, too). Surrounds are used often and to great extent and not to be left out, the LFE have a few moments in the sun to shine as well. It’s a great-sounding mix and one that’s sure to please.

While not without its merits, The Forever Purge sadly doesn’t conclude this series on a high note. To be fair, none of the films have been consistently enjoyable even while some fared better than others. This is recommended only if you’re a fan.