The Forbidden Photos of a Lady Above Suspicion (Blu-ray) 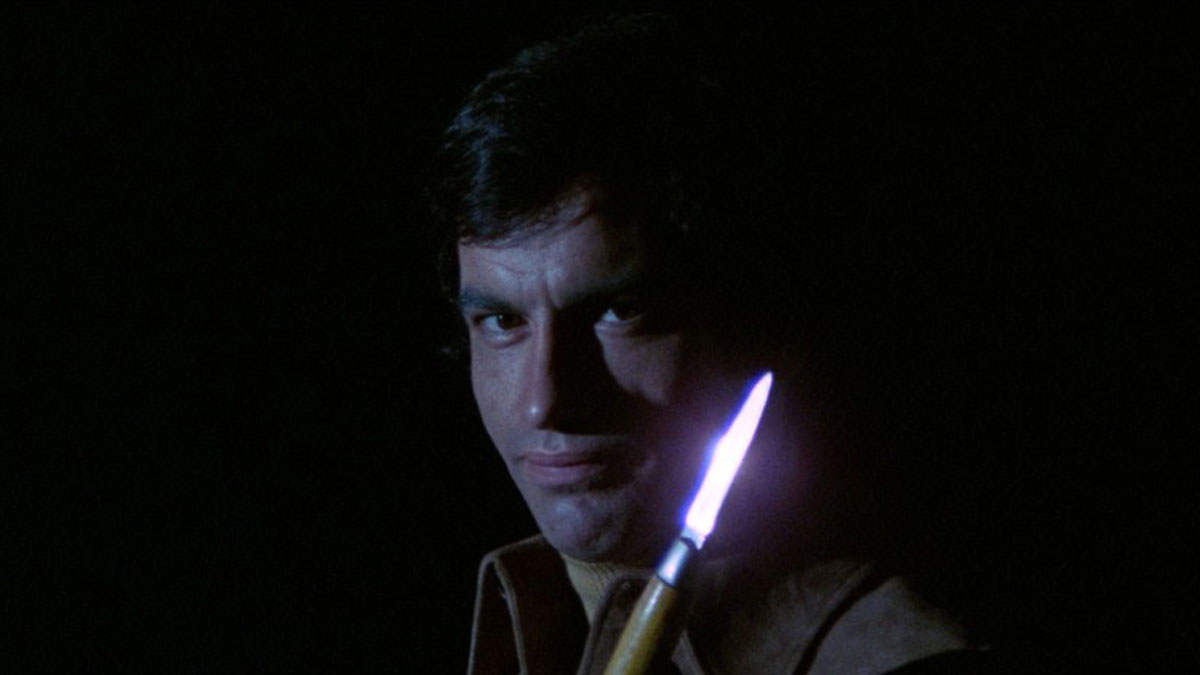 Arrow Video has proven with their releases of films by Dario Argento, Sergio Martino, Umberto Lenzi, and Lucio Fulci that they are the leading distributor of giallo films. Their release of Luciano Ercolli’s film Forbidden Photos of  a Lady Above Suspicion is their third Ercolli film to release and a different take on an Italian thriller. The film does not feature your typical black gloved killer, but it is written by legendary giallo writer Ernesto Gastaldi. I decided to check it out and see how it measures up.

As the film begins, Minou awaits the arrival her husband Pier. She dresses up and walks to where he should arrive. Instead she meets a man who has a knife. He cuts her blouse open but instead of harming her simply tells her that Pier is a murderer. Pier arrives to find her shaken. They leave for the seaside. Arriving back in town they go to a bar with their friend Dominique. She lets them know that Jean Dubois, a financier they knew, turned up dead. The next morning Minou reads in the papers that he was found dead in his bed. The doctors were perplexed at how he had died from unnatural compressions of his lungs. Pier had just received a big loan from the man. Dominique shows Minou some photos of her naked that she had shot over the weekend. In a stack of pornographic photos that Dominque brought back from Copenhagen, Minou recognizes her attacker. She goes to the police. Meeting with Pier at his work she takes a tour where she sees the compression chamber his company had worked on. The chamber would cause an embolism in a person if they exit the chamber too quickly. At home that night Minou receives a call from her attacker and he begins to blackmail her. But what exactly does he want?

Forbidden Photos is written by screenwriting legend Ernesto Gastaldi – one of the most prolific and respected giallo film writer. He would go on to write Torso, All the Colors of the Dark, The Case of the Scorpion’s Tail, and many, many more films. For Gastaldi, this film is a little bit slower and not quite as suspenseful as some of his other work. It is still a good script but definitely more of a slow burn. The title seems to refer to the film Investigation of a Citizen Above Suspicion, but the films have absolutely nothing in common aside from both having Ennio Morricone scores.

The direction by Luciano Ercoli is well done, especially considering that this was his first time directing a film. The move works stylistically and has a fair share of advanced camera angles. One of the best aspects of the film is the style of the time – goofy hats, highballs, tiny red cars – all of this makes the film feel enjoyable to watch nearly fifty years later. Watching the film made me want to pour myself and aperol spritz.

As you can guess from the plot of the film, the movie deals with some issues that involve sex. Surprisingly, the film is sexual but never becomes extremely explicit. It is a little bit restrained, which I appreciated. This makes the film feel less like an exploitation film even if not entirely wholesome.

The music by Ennio Morricone is pretty excellent. The music is primarily chimes, horns, and piano. I enjoy pretty much any opportunity to hear Morricone at work, and this is a solid soundtrack if not quite on the level of some of his other work.

Arrow Video have provided a well done 1080p transfer of the film using an MPEG-4 AVC codec of a brand new 2K restoration from the original camera negatives. Here is what the booklet details:

“The Forbidden Photos of a Lady Above Suspicion / Le foto proibite di una signora per bene is presented in its original aspect ratio of 2.35:1 with Italian and English mono audio. Scanning and restoration work was completed at L’Immagine Ritrovata, Bologna. The original 2-perf Techniscope 35mm camera negative was scanned in 2K resolution on a pin-registered Arriscan. Thousands of instances of dirt, debris, scratches, picture instability and other instances of film wear were repaired or removed through a combination of digital restoration tools and techniques. The mono Italian and English language tracks were remastered from the optical sound negatives. The audio synch will appear slightly loose against the picture, due to the fact that the dialogue was recorded entirely in post-production, as per the production standards of the period.”

This new Arrow transfer looks good. As another reviewer pointed out, this film was shot on a cheaper filmstock that causes the image to look a little grainy. The transfer of the film should not be faulted for this grain, but it is worth noting so that fans can adjust their expectations accordingly. The film is stylishly directed by Luciano Ercoli with the help of cinematographer Alejandro Ulloa. The film was capably shot in Spain which doubled as Italy. The film is colorful and exudes the style of Europe in the late Sixties/ early Seventies. The colors of the film help it to look sharp on Blu-ray.

“The mono Italian and English language tracks were remastered from the optical sound negatives. The audio synch will appear slightly loose against the picture, due to the fact that the dialogue was recorded entirely in post-production, as per the productions standards of the period.”

I listened to the original Italian track and thought that it sounded pretty darn good. The score by Ennio Morricone is perfectly attuned to the film. Morricone is probably my favorite of all composers and I love watching all these Italian films that he put his talents towards. The film is well-leveled without any soft-loud dynamics. Arrow always does a great job on their audio mastering and this lives up to the high standards they have set before.

Forbidden Photos of a Lady Above Suspicion is a good (if not quite great) Italian thriller with plenty of style. There is a lot to enjoy about the film, but it never becomes as suspenseful as it seemed to be capable. Arrow Video have provided some excellent supplemental material and a good looking transfer of the film. Fans will jump at the opportunity to own the first film directed by Luciano Ercoli, but newcomers may want to rent the film prior to a purchase.