The Eyes of Tammy Faye (Blu-ray) 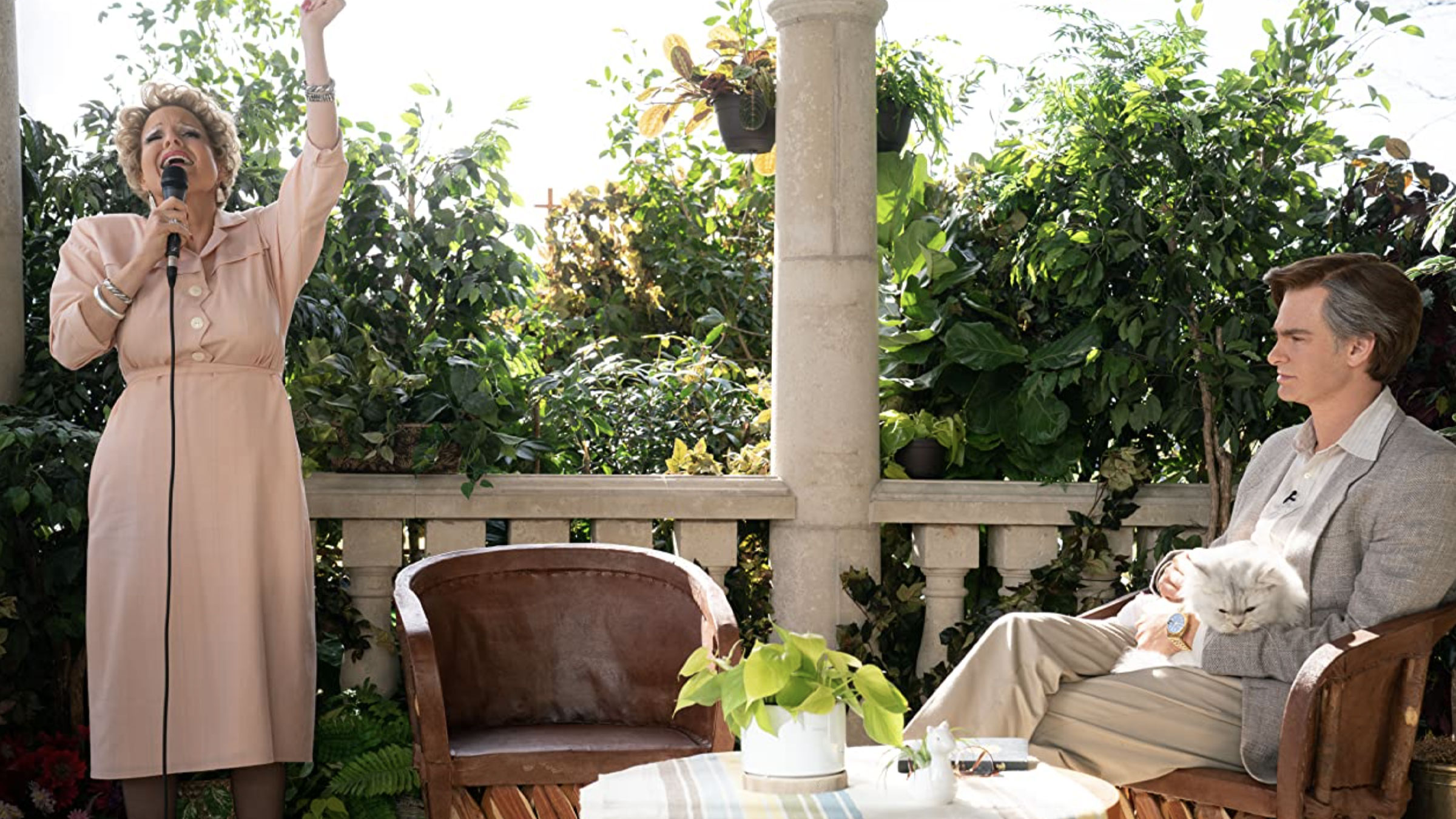 If you know me personally you will know that two things, I hate to have pushed on me are religion and politics. That and people asking me for money, be it personally or for a donation. That’s just me. I bring this up because the topic of religion is at the heart of The Eyes of Tammy Faye, a film I wasn’t exactly looking forward to, but one I surprisingly enjoyed. Honest confession, I knew next to nothing about the real Tammy Faye, outside of maybe knowing of her mostly by name. While the film might have her as its focus, it does a good job of showing us just exactly who she was and the way she grew up and her marriage as well as other things.

Based on the 2000 documentary of the same name, the film begins by showing us the early life of Tammy Faye and meeting Jim Baker as the two hit it off and eventually begin their televangelist work. Jessica Chastain plays the title character and Andrew Garfield plays Baker, who to say is odd would be a massive understatement. Faye and Baker eventually star in a top-rated TV show where they’re constantly asking for monetary donations to be made. I am sure most viewers will know the story, but the film did a good job of at least keeping me interested. It could be my lack of knowledge of the source material, but much credit must be given to the performances, especially our two leads. Jessica Chastain has almost always been interesting to watch. In the right role, Garfield can usually shine, and indeed he does here. If the film can drag a bit at times, the two leads at least carry its weight.

As with a lot of films of this sort, Tammy Faye isn’t always the most daring. We are looking at two people who misused money that was supposed to be donated to a good cause. We also get the usual scenes of a troubled marriage as well as Baker seeking further credit to expand and even start a Christian water park. While it can touch on some familiar topics, I think the film is ultimately a winner overall. The cast all commit to their performances and that helps carry things.

The AVC encoded image is presented nicely. I noticed no obvious flaws. Colors were accurate and the details strong. Our main character often wears a lot of eye shadow and makeup, and the clarity reminds us how nice the HD format is. Really, I can’t think of any obvious flaws. Viewers should be pleased.

The DTS HD track is good for the film at hand. At no time will this show off your system, but it wasn’t necessarily designed to. The vocals dominate here, and they have the clarity. There’s some signing in the film and that is when the rear channels kick in. When they do, there is a nice usage of the rear channels.

I wasn’t expecting to enjoy this film, but it worked its way on me. Then performances are large credit to its success. It can feel long at times, but it kept me with it. At the very least you can feel satisfied with a rental.