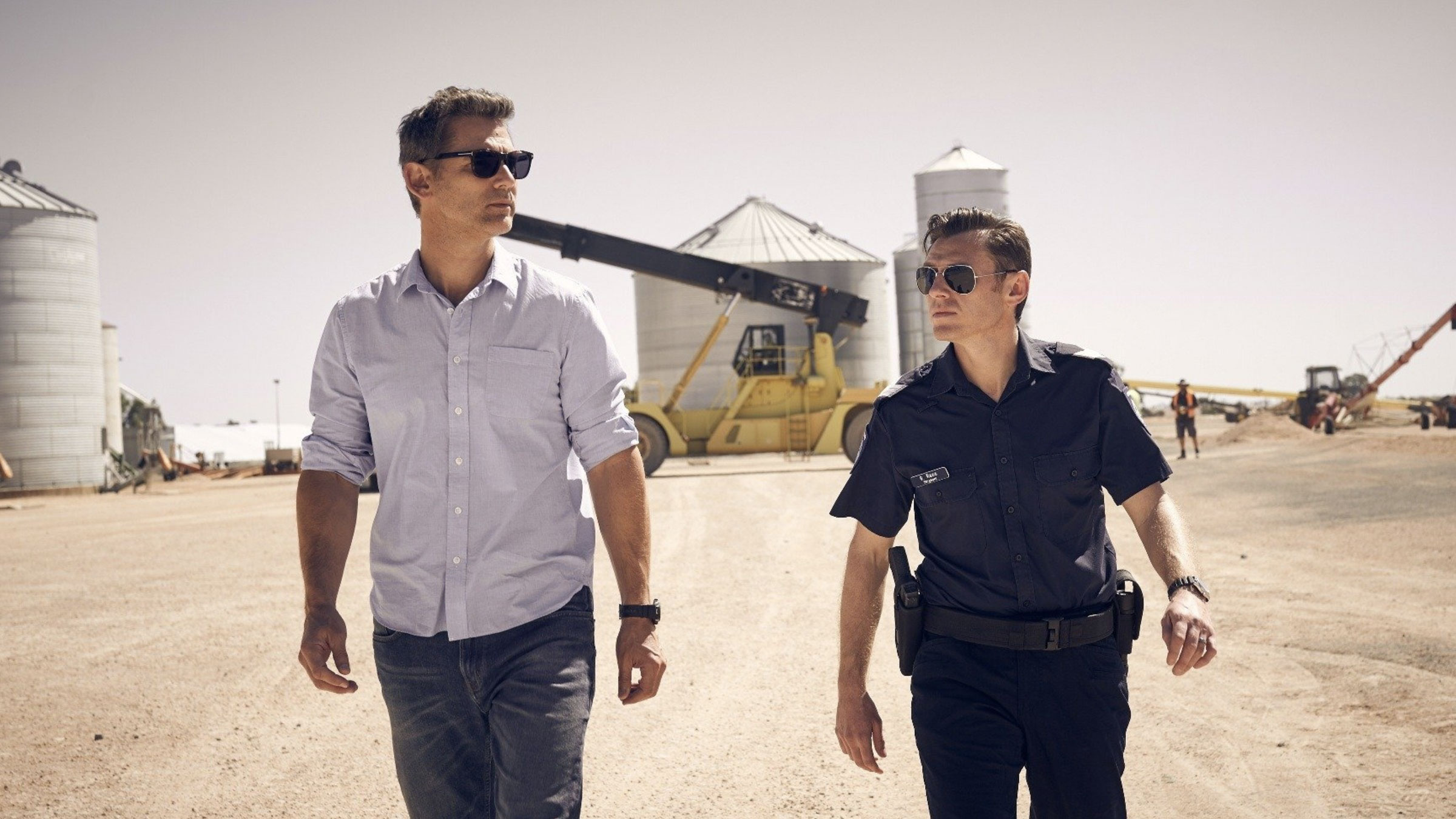 Being the big movie guy that I am, I’d say I average going to the theater a minimum 3 times a month. Usually it’s more, but It’s rarely less. I bring this up because The Dry was released in my town. When I saw that it was playing, I looked up some stuff on it, read some good reviews and was sold. Well, mostly that is. The night that me and a friend went to see it, it was a late showing and I find it all the harder to stay awake during later showings. That in addition to the reclining seats and I am usually out early. There are always exceptions, but my initial viewing of the dry didn’t make much of a mark on me. It isn’t a bad film, mind you, but just not the sort of film I was expecting. When given the chance to review it again at home, I opted in if only to maybe see something that I missed the first time.

For a slow-burn thriller, look no further than this film. Eric Bana is our leading man here and he plays Aaron Falk. He is a federal agent who returns to his hometown for a funeral of an old friend. The friend is Luke (Martin Dingle-Wall) and we learn that he murdered his wife, child and them himself. The film then gets into unsolved murder of a 17-year-old named Ellie (Bebe Bettencourt). Aaron finds himself investigating this murder while he’s back in town. The trouble lies with many of the town’s residents who feel Aaron is guilty of the murder of Ellie. The film then presents various flashbacks throughout of the childhood and Falk and Ellie as well as a young Luke and his girlfriend. The film then cuts back and forth to show us things that happened in the past to the current investigation.

After two viewings now, I still can’t say I loved the film, but it did flow more smoothly on the second viewing. It also didn’t seem as slow as it did upon my first viewing. The title refers a drought, but the film itself can feel a little dry at times. I won’t ever call this the most involving thriller, but it offers some mild intrigue. It’s one of those films if you stick with it then you will find it most rewarding. Just don’t expect it to rank with the greatest mysteries out there.

Given the film’s setting, I fully expected the strong details to be represented here and thankfully they are. There’s a unique look to the film that’s well presented here. Details are strong and no obvious flaws that I can think of. The wide 2.40:1 ratio helps take it all in. Viewers should feel pleased with the results.

The DTS HD track does what it sets out to do. There are heavy moments here and there, but mostly this is a “talky” film, but that’s OK since there’s the clarity I have come to expect. It keeps the viewer involved.

The Dry isn’t something I’d tell you to rush out and watch, but if you find it on a streaming platform then it may be worth a look. Just keep your expectations in line with what the film has to offer.