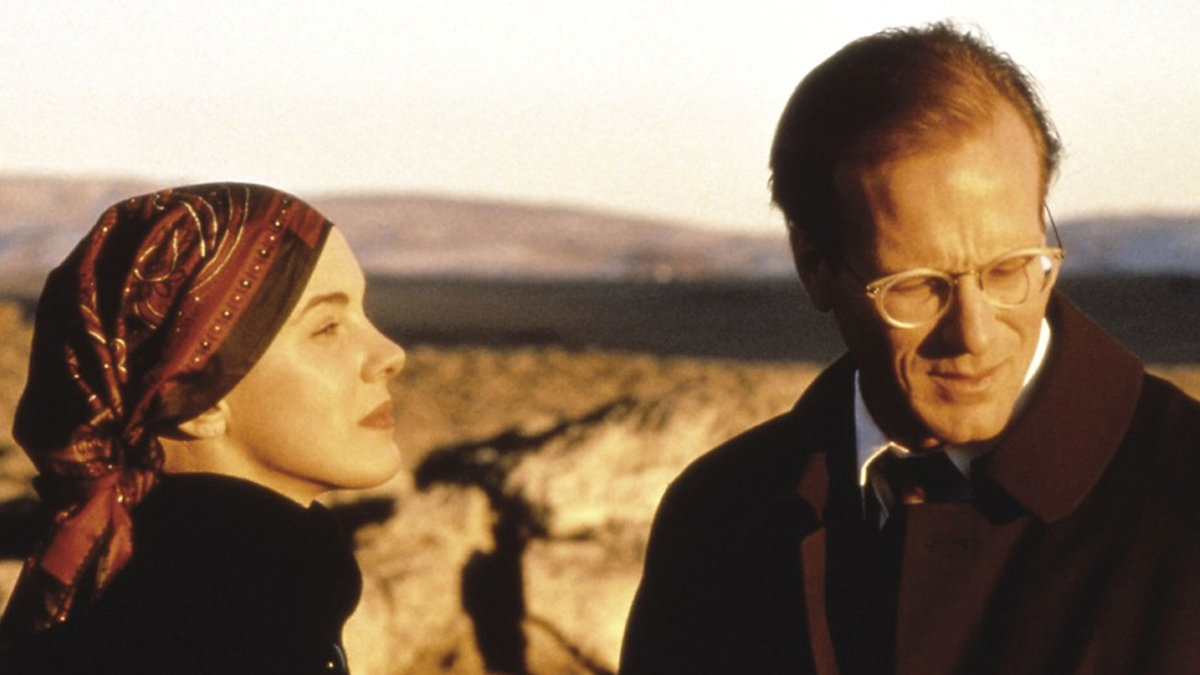 I’ve never desired a career in the medical field. Those who know me will know that I have a weak stomach, and the slightest thing can really gross me out or turn me off. Doctor, surgeon or even anything in the dental field, count me out. But to each their own. One might wonder why I requested the film The Doctor, starring William Hurt as a surgeon who gets sick himself. Well color me intrigued, but it sounded promising, and I’m always into films, especially from the 80’s and 90’s that I hadn’t heard of or heard of and haven’t seen. Hurt gives a powerful performance as an arrogant man who is not only humbled by his discovery that he has throat cancer, but also more empathetic. Despite a running time that could’ve used some trimming and a few subplots that were probably better nixed, The Doctor has enough positives to recommend. It’s the kind of film that seeing it one time is good enough for me. That isn’t meant as faint praise; it simply lacks replay value, but is worth checking out.

Hurt plays Dr. Jack McKee, a surgeon who is successful, but doesn’t always have time for his wife, Anne (Christine Lahti) and son, Nicky (Charlie Korsmo). Jack is also a bit disrespectful to his patients, often making comments that are better left unsaid. Early on we see that Jack has developed a cough. He does so in an early scene with him performing surgery. It isn’t until he coughs up blood a little bit later that he decides to have it checked out. After the biopsy comes back positive for cancer, Jack sees things from a different perspective. Now that this Doctor has become a patient himself, he sees things the way they see it. He even befriends a woman named June (Elizabeth Perkins) who has brain cancer. The film develops a subplot where the two of them grow closer and eventually take a road trip together. A romantic angle is thankfully avoided, but the film probably gives more attention to this angle than it deserves. There’s also a confrontation with another surgeon and a small subplot involving a malpractice lawsuit with another Doctor at the hospital where Jack also works. Jack is needed to testify, but makes a rash decision late in the film. I feel this element should’ve either been explored more or dropped all together. It just feels tacked on and without much development to make us care. I’m unsure if the final cut went through some editing, but we only get pieces of it.

Despite a few missteps, I feel the film does enough right to keep us with it. At no point does it turn into a great film, but the performances, especially from Hurt, help elevate things here. In lesser hands, the film might’ve not worked at all. With some better editing in parts and more development in others, the final product might’ve fared better, but it deserves a look.

We get a strong AVC encoded 1.85:1 transfer that is pretty pleasing and straightforward at the same time. It’s a film with a more limited scope, but what’s presents is still presented in a positive manner. The road trip two characters take to Nevada display a wider color range and strong details, giving the film something more fresh to look at from the rest of the film. While it’s not the most visual film, the transfer still presents it in a nice way.

The DTS 2.0 HD track is good at doing what it needs to for a film of this sort. I’ve reviewed some discs recently that are 5.1 but still feel more limited than this. It’s mostly a vocally driven film, so don’t expect anything too robust, but there’s the clarity that’s needed to make this a winning track.

The Doctor is too flawed to give a strong recommendation, but it gets enough right to warrant a viewing. I feel some things could have been dropped while others needed more development. William Hurt gives a great central performance as a character whose world gets turned upside down, but in a strange way, makes him a better and more sympathetic person. Rent it.