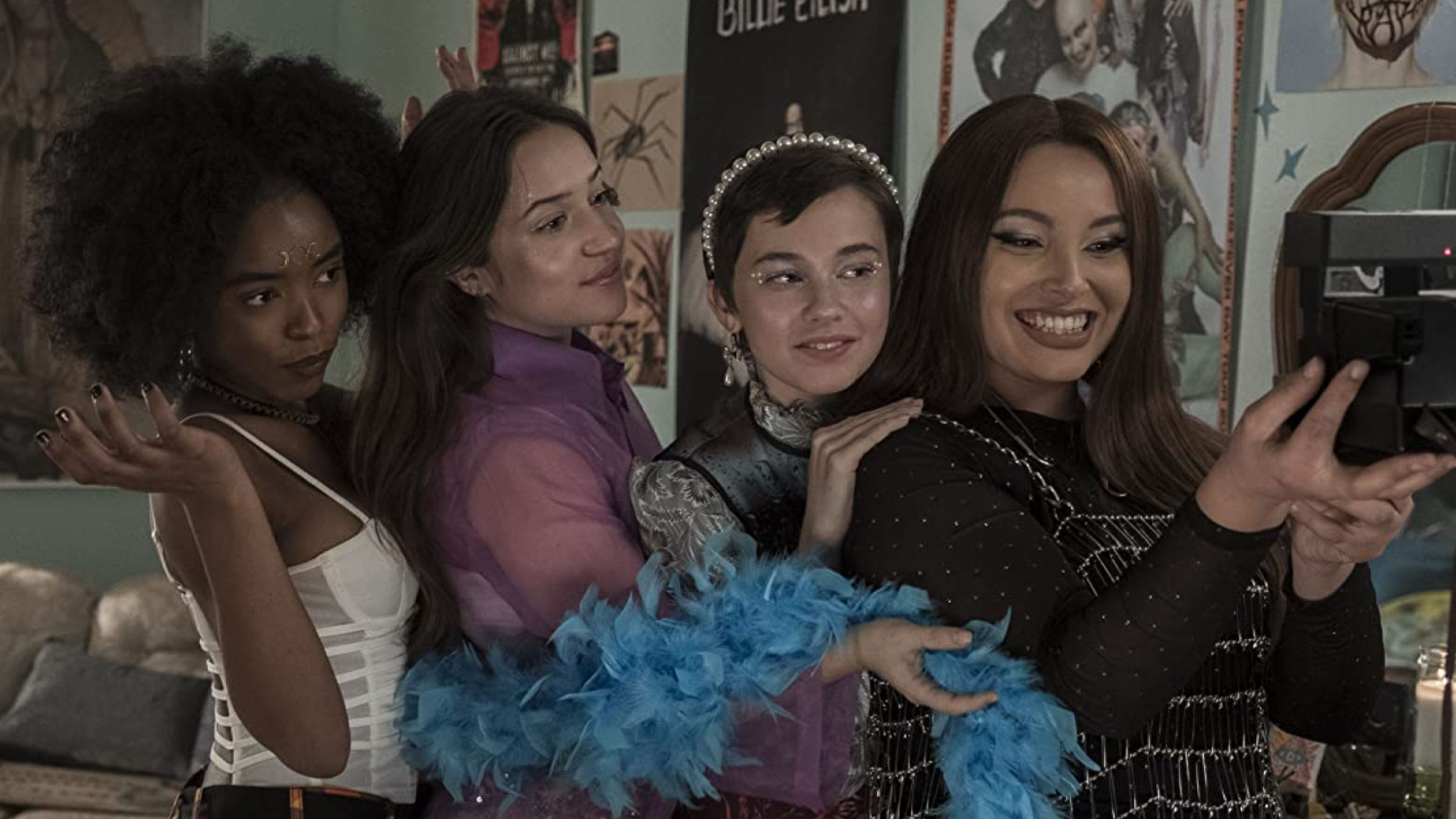 In a world of remakes, reboots and movies about superheroes we get…this. For those that remember seeing 1996’s The Craft, it was a fun and campy look at the world of “witches.” It was also a surprise hit, though we never saw a sequel – until now. I remember debating on seeing the movie, but darn it if I’d been clamoring to see a little movie called Happy Gilmore, too. I think we all know which one I went for. Still, The Craft had some enduring appeal and I eventually did see it (though I waited until it came out on LaserDisc a few months later). At any rate, we find ourselves twenty five years old (and wiser) and a sequel has finally arrived…sort of.

Lily (Cailee Spaeny) and her mother, Helen (Michelle Monaghan) are moving into the home of her boyfriend, Adam (David Duchovny). It’s an awkward situation as Adam has three teenage sons who don’t seem overly thrilled with the living arrangement. Lily manages to befriend a trio of girls at school making her transition easier. There’s Lourdes (Zoey Luna), Tabby (Lovie Simone) and Frankie (Gideon Adlon). They’re witches. They also believe that Lily could be their fourth that they need to cast some serious spells. Things start out harmless enough, they make Timmy (Nicholas Galitzine) into a P.C. teen and then things start to go downhill…rapidly.

If you’ve seen The Craft, then you’ve effectively seen The Craft: Legacy. I have to bust out a quote from Ice Cube in 22 Jump Street where he says: “Do the same thing as last time. Everyone’s happy.” And that’s the approach they took here. It’s a very “if it ain’t broke, then don’t fix it.” mentality though I have to say that it works here. Outside of the two adults (Duchovny and Monaghan) I really didn’t recognize anyone in the cast, though there is a surprise cameo by someone from the first installment – I’ll leave that as a surprise. This is director Zoe Lister-Jones’ first big film, so I’m sure there’ll be more to come. All in all, it’s a fine movie to watch but the first is usually the best. That’s the case here as well.

Sony’s Blu-ray’s (and 4K’s) have long been among the best-looking out there. And The Craft: Legacy is certainly no exception. Despite the subject nature, it’s really not that dark of a film (think Scream). The indoor scenes are bright and colorful full of teen-themed paraphernalia. Flesh tones are warm and natural as well. Detail is spot on as well and let me tell you that David Duchovny is not getting any younger, folks! The 2.39:1 AVC HD image exudes anything and everything HD though it does differ from the original which was shot in 1.85:1. You can’t go wrong with the way this one looks.

There aren’t a lot of opportunities for the included DTS HD Master Audio to flex its muscle. The ending segment is perhaps the best use of surround sound, but even I felt that lacked a little. By no means does this sound bad, it’s just that I felt a window of opportunity was missed.  Vocals are pure and crisp, the front stage takes most of the burden with the surrounds offering some noticeable ambiance throughout. It’s a good-sounding track that’s sure to please.

Technically, there’s nothing really wrong with this film. It’s fun, eerily predictable but if you’ve seen the original it’ll make you long for that one (at least it did for me). It’s not really a reboot, but more of a sequel…two and a half decades later. Sony’s disc looks and sounds great, though it’s a bit light on supplements. Die-hard fans might want to pick this one up, but it’s worth a rental at the very least.