The Colossus of Rhodes (Blu-ray) 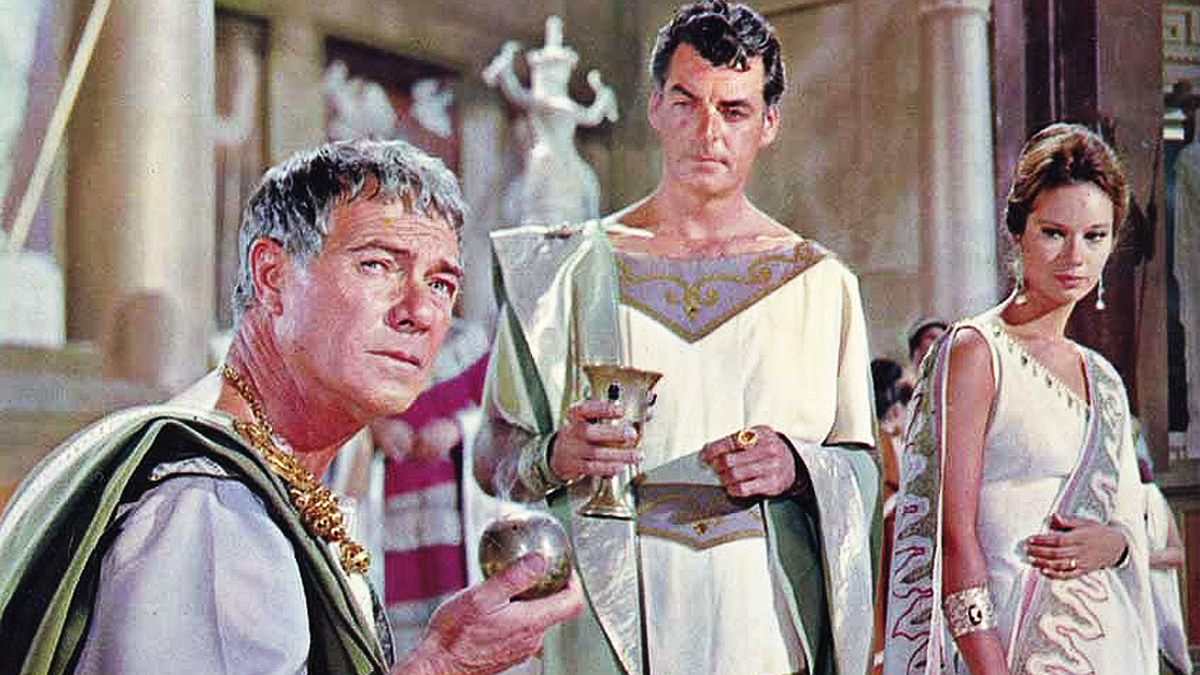 Growing up, Sergio Leone was one of my favorite filmmakers. At the tender age of nine years old, I negotiated a copy of The Good, The Bad, and The Ugly on VHS at the Memphis Flea Market at the Expo Center outside of Little Rock. I watched that movie countless times and still have love in my heart for it. Leone only directed seven films and I would argue that six of them are classics. All of these films have been released on Blu-Ray with the exception of his first film, The Colossus of Rhodes. I sat down last night to watch the new WB Archive Collection release of The Collossus of Rhodes, and I can report that there is good reason why I had never heard of it before.

The plot of the film revolves around Dario (Rory Calhoun.) in 280 B.C. Dario visits the island of Rhodes in the Mediterranean just after they have erected a huge statue – a Colossus. The slaves that erected the statue are angry at the king and so are the Phoenician pirates nearby. Dario gets mixed up in their plots to overthrow the king.

This movie is just not very good. The acting is pretty stiff. Rory Calhoun is completely miscast as the leading role. The action scenes look ridiculous and just don’t work. The dubbing doesn’t work as well as Leone’s later films. The costumes veer from decent to atrocious. The plot is too convoluted while boring the audience to tears. There is no way to find yourself caring about Dario or anybody else in this picture. The only possible reason to enjoy this film would be as a cult film with some friends to make fun of every frame. Maybe have a drink every time somebody is killed by a thrown knife, because I counted three of those deaths in the first couple minutes of the film and numerous more as it continued. That at least brought a smile to my face.Also, the sets are pretty impressive at times.

I love Sergio Leone, but unless you must own his one bad film, but all the rest of his classic films over this one. This is one spectacle that can be skipped.

Warner Archive Collection have provided a brand new transfer in 1080p in the original aspect ratio of 2.35:1 that was prepared this year. This transfer looks pretty good. The film was shot in Supertotalscope. The image is pretty grainy, but fine detail is pretty good. While the film is not great, the visual presentation provided here is pretty attractive.

WB Archive has done a solid job on the audio of this release. Like most epics from this time it has a score that benefits from the Blu-ray treatment. Angelo Lavagnino’s score sounds good and can be pretty bombastic at times, dialogue is clear and audible. Overall, I was pleased.

The Colossus of Rhodes is the only misstep in the legendary career of Sergio Leone. I found myself bored and wanting it to end. It’s too bad, because I was excited to see another film by the late master. Fans of the film will be glad to see the good audio and video that WB Archive has presented, but anybody else should just skip this movie. It’s just not any good.