The Chant of Jimmie Blacksmith (Blu-ray) 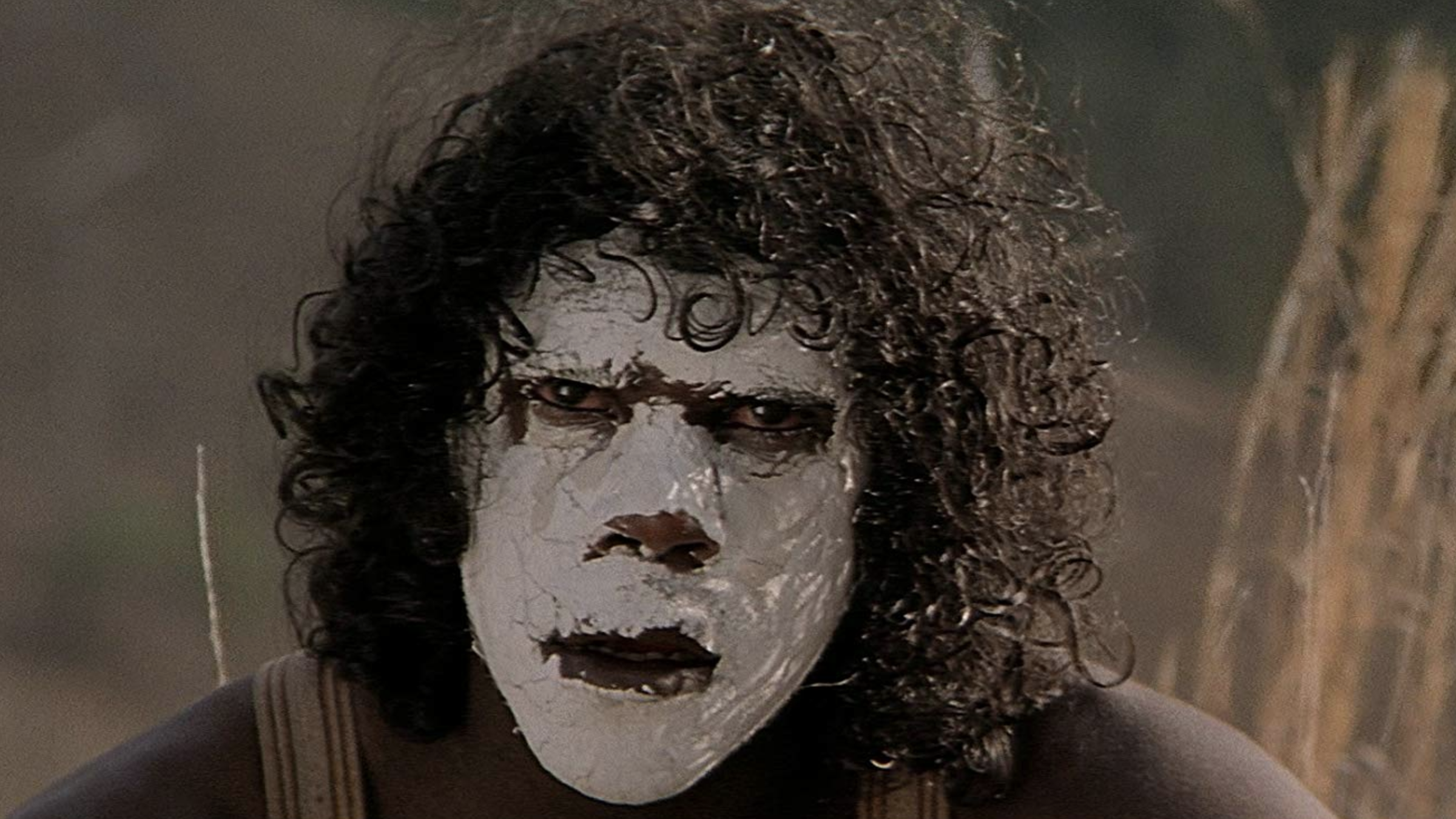 We all have a breaking point. That is exactly what’s at the heart of The Chant of Jimmie Blacksmith. A film with a premise too intriguing that I just couldn’t resist giving it a view. When we get solicitations for films, I sometimes get hooked by even the cover, but something about this titles urged me to read up on it. Actually, I read only a bit as I like to go in fresh sometimes. While the film can be rather hard to watch at times, it’s well worth seeing at least once and will likely stay with the viewer well after it has ended. Repeat viewings might be demanded by some and certainly discussion as well.

Jimmie Blacksmith (Tommy Lewis) is person who is half-caste. Both of his parents are of a different race. We see early on that because of this, Jimmie is often the victim of some very racist people. These people will always hold this against him, and it’s hard for him to even be respected and find work. It’s the early twentieth century in Australia and with a letter of recommendation from his foster family, Jimmie is able to find work. Unfortunately for him, many who employ him take serious advantage of him by often refusing to pay him what he’s been promised or what he’s worth. One man he works for even refuses to give him a recommendation. Jimmie eventually finds stable work and before long, marries a white girl. The girl is Gilda Marshall (Angela Punch McGregor) and she is already pregnant and the child turns out to be white. It’s clear Jimmie isn’t the father. Jimmie’s brother, Mort comes along as well as his uncle to help with some work, but the employer twists things and denies Jimmie pay, stating that they’re both taking up a lot of his slack. I won’t reveal much more, but for about an hour of the film’s running time, the story is playing out a certain way. It’s about at this point that things begin to turn and it becomes a different film all together. One we might’ve sensed was coming, but is nonetheless shocking when it arrives.

The included booklet inside this Blu-Ray set brings up some very good points. It’s clear that Jimmie has been wronged by the people he encounters, but he is also a villain for what he eventually becomes. Yet the film presents these things and we’re left to make draw our own conclusions. The second half of the film has Jimmie and his brother as fugitives and we sense the doom looming in. All I know is that while the film is sometimes tough to sit through, it definitely left an impression on me. It is one that I feel I need to see again, but I’m not overly eager as the subject matter can be tough. The issue of racism and revenge make for powerful stuff. It should be noted that this set includes the Australian version of the film on one disc and the International on another. I opted for the former which is about 5 minutes longer. I feel when I do rewatch the film that I will watch the other cut to try to spot the differences. I like that both are included here.

With a 2.35:1 transfer and set in the open wilderness much of the time, this transfer is very satisfying. There are just a few issues of grain here and there, but overall there’s a nicely polished look to it. I can see that care has been given. Fans should be pleased with the image here.

With the 2.0 Mono track, I still didn’t feel that the film was limited. Vocals were crisp, but when the violence kicks in, the track really comes into gear. It can get quite loud and really bring us into this world. Like the transfer, this track proves satisfying.

Certainly not an easy film to watch, Chant deserves a look for those willing to give it a chance. It’s something that will likely stay with you and warrant discussion after. Kino has done a fine job with this set, offering 2 cuts of the film and enough bonus features to warrant a purchase for fans.